Jamie Kent & The Options on All American Mutt 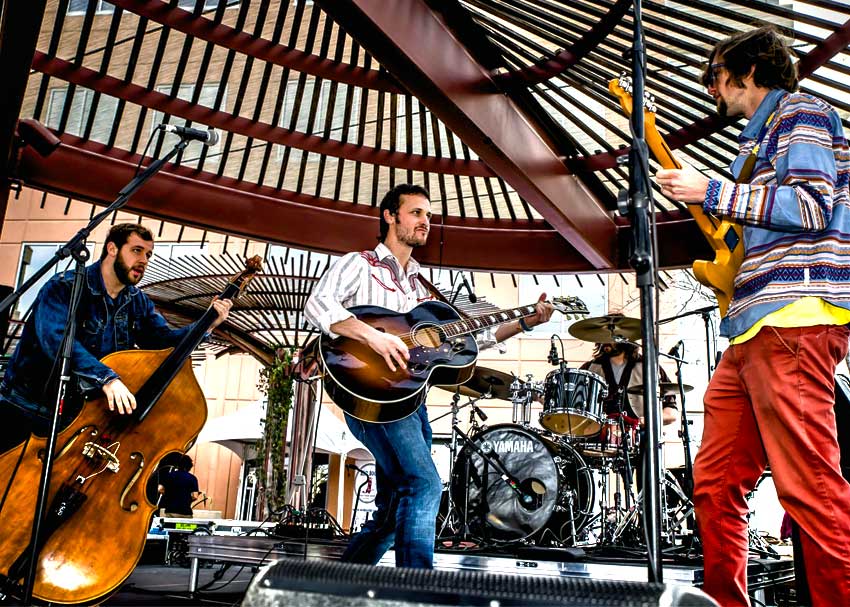 Nashville-based singer-songwriter Jamie Kent and his band, The Options, recently swung by zZounds HQ for a few reasons. One was to showcase the Bose L1 Line Array and F1 Flexible Array loudspeaker systems. For the past few years, Kent has served as an artist representative for Bose, as well as Telefunken microphones and Durango boots.

The other reason he was in town? Kent was promoting his latest album, All-American Mutt, just released on October 19th. He and bassist Rhees Williams and drummer Dan Holmes, sat down to talk about the album’s themes, their studio experience, and collaborating with some of the greats. They even shared a few insider secrets on the Bose L1!

Just released on October 19th, All American Mutt is Kent’s third full-length album. The clever title, ripe for this election year, reflects back on Jamie’s upbringing.

“It kind of stems from my family and that was kind of the basis of the idea that we’re kind of from all around the world,” he explained.

But the song references other forms of diversity, as well: “We’ve got athletes and hippies, and they’re all somewhere within me,” Kent sings, showing the different sides of his personality. The video features folks of all stripes uniting in an act that may just be the most quintessentially American activity: dancing awkwardly in front of a camera.

The album’s title also evokes its music. While Kent says it falls under the umbrella of country, the music on All American Mutt covers the spectrum of Americana, blues and folk. And topically, it reaches across all facets of American life, from our political divide to the need to look up from your phone once in a while.

During the recording phase, Kent and the band got the chance to work and perform with greats like America, Huey Lewis and The News, and The Doobie Brothers. Kent said seeing how their songs have stood the test of time was inspiring, as was their ability to stay grounded in their industry for so long.

“Huey Lewis and the News, their whole crew has been with them for like 30 years. He’s a good dude and treats people well and takes care of his family,” Kent said. “He takes care of us as the opener and as we’re at this level looking up trying to get to there, it’s just like, ‘OK once we get there, that’s how we want to treat people.’” 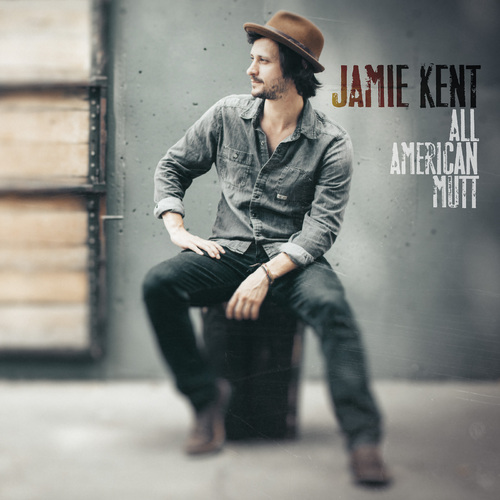 All American Mutt is the first album to come out since Jamie Kent & The Options moved out to Nashville from Massachusetts. Kent originally hails from Berkshire County, MA, an area many songwriting luminaries from James Taylor to Ray LaMontagne have called home. He and The Options recalled feeling overwhelmed the first few times they toured through Nashville, but eventually decided the opportunities there were too great to pass up.

In Nashville, Kent has found no shortage of songwriting partners and collaborators. He says that while pop country is the main driver of the city’s music economy, many artists in that genre also write more reflective, personal songs that never make it to radio. Through working with these artists, Kent began to look at songs in a new way: each song had to be a standout.

“No filler material; nothing to just be a good live song,” he said. “Every song had to have that potential to really impact somebody.”

BIG NEWS!! I’m so proud to announce that today we start making a new record with Grammy Nominated Producer Dave Brainard!!! We’ll be taking over the legendary Sound Emporium (Bob Dylan, Johnny Cash, Robert Plant/Alison Krauss) for the week, and will be posting tons of updates along the way. Can’t wait to share it with you all!!!! #newalbum #recording #soundemporium #davebrainard #jamiekent #dreams

In the studio, All American Mutt was sculpted by Nashville producer Dave Brainard. Kent met Brainard while performing with Brandy Clark, whose 2013 album 12 Stories earned Brainard a Grammy nomination. Brainard would help Kent parse his song list — Kent wrote about 150 songs since moving to Nashville — down to 10, and Kent says Brainard saw potential in songs Kent didn’t. One such song was “Embrace The Disaster,” the closing track on All American Mutt.

Kent calls Brainard’s style “meticulous” — pre-production was longer than he’s ever experienced — but that the attention to detail produced great results on the record.

“He looked for a hook in every moment,” Williams said, explaining that even with bass lines, Brainard would look to develop catchy parts.

That’s nowhere more apparent than on All American Mutt’s title track, which kicks off with a strutting bass line before opening into an anthemic chorus, complete with sing-along whoops. It’s catchy indeed, but “Sheila” gives it a run for its money.  A collaboration with Huey Lewis, the track has the unmistakeable bar-ready groove (and lyrics) of something off Sports but with enough Americana influence to make it uniquely Kent’s.

“The overall layering of the whole album is amazing. Some of the instruments you might not even recognize are there until you really listen,” Holmes said.

“Home Again” is a great example of layering. The song features expertly mixed banjo, electric guitar, harmonica and lead and harmony vocals building into a memorable chorus that retains a rootsy feel.

As the band tours to support the new record, perhaps fans can look forward to more hotel bathroom covers, an idea that began a few years ago on tour.

So far, fans have only been treated to two covers, the Beatles song pictured above and a version of Michael Jackson’s PYT. Perhaps their current tour will yield some more.

Performing with the Bose L1

Kent has been an advocate of the Bose L1 system for much of his career, but he’s also gotten his bandmates into the portable PA system, too.

“The B1 is awesome, especially if you’re an acoustic player and using a lot of midrange and high frequencies,” Williams said. “For me, I need the B2 and it shakes; it’s crazy. I [used to] use 4x10s and 15s and stuff. And they’re great, but there’s nothing that compares to this.”

RELATED:
Jamie Kent: On the Road with the Bose® L1® System

Williams said the band has used the F1 system before, but L1s tend to be a better fit, and they love having monitors and mains in one package.

“The ToneMatch system for me is unreal,” he said. “We’ll set up and we’ll do cajon, vocals, upright bass and there’s a setting that we can use for each thing and we barely have to touch anything and the tone is great.”

The band has been using L1s now for so long, they’ve discovered a few hidden tricks some users may not know of. If the band needs more input options on a single L1 unit, they’ll double up on T1 units.

“Go from the master out from one [T1] to a channel on the second [T1] so you lose one channel of it but then you gain three,” Kent said. “It goes from having four inputs to having seven. So if someone doesn’t have a crazy loud band but wants more inputs they can do that.”

Catch Jamie Kent on tour now through November, and you can purchase All American Mutt on CD or download a digital copy.