A Quick Take on Flanging 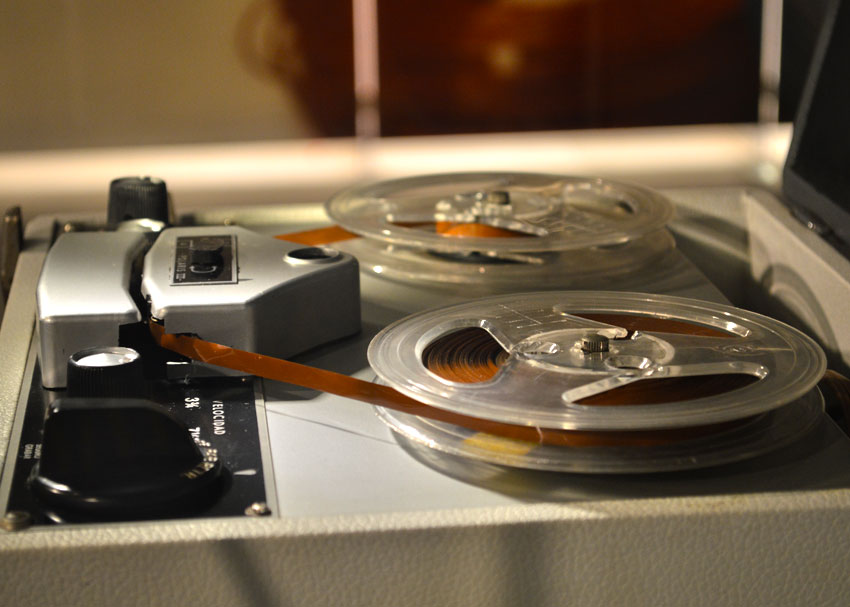 Flanging, whether created by a reel-to-reel tape machine, a guitar pedal, or a plugin on your DAW, is an instantly recognizable, transformative effect. But where does flanging come from? What exactly created that iconic sound in the first place? We’ll give you a brief overview of flange, from its invention to its glory days in the ’70s, on through today. From there, we’ll see where flanging is today, and ponder where it’s headed.

And if you’re unfamiliar with the sound of flange, we’ve created a playlist of famous flanged tracks below, so you can hear it for yourself!

Flanging occurs when two identical tracks are played together, but one is delayed behind the other at a varying rate, typically no more than 20 milliseconds. The manipulation of these signals causes them to overlap in a way that produces peaks and notches in the frequency spectrum, which sweep up and down as the delay time of the affected signal changes. This is what produces the sweeping sound of flanging. When graphed out, the peaks and notches look like a comb; that’s why you’ll often hear the term “comb filter” used to describe flanging.

The name “flanging” was given to this effect because it is traditionally created by manipulating tape flanges on a reel-to-reel recording device. To create a flanging effect, spin the takeback reel to increase its speed, then hold down the feed reel to slow its speed down. This method requires constant adjustment to avoid creating unwanted echoes.

The flanging effect is most often credited to Les Paul, who came up with the technique by using two disk recorders and manipulating one with a variable speed control. Though tame compared to later uses of flanging, by pairing flange with the quick delay on the guitar, as he does in “Mamby’s Blues,” Les Paul created an almost synthesized guitar sound that was revolutionary for its time in 1958.

Many claim that it was John Lennon who first christened the effect as “flange,” though Lennon was actually referring to a different technique altogether. While recording the album Revolver, producer George Martin discovered an artificial way to create a double-tracked sound. The effect is heard on vocals and guitar parts on the album. When Lennon inquired about the technique, Martin explained it was achieved with a “double-bifurcated sploshing flange.” He was joking, but Lennon would refer to artificial double tracking as “flange” from then on, presumably until both men discovered the actual flange technique.

A few year’s after Les Paul’s flanged tracks were released, the effect would really hit its stride. Serving as a harbinger of the studio innovation that would come in the next decade, Toni Fisher’s 1959 hit, “The Big Hurt” made excellent use of flanging, showing how it could liven up a pop song.

Flanging reached new spatial dimensions as it moved into the stereo field on Jimi Hendrix’s “Bold as Love.” Eddie Kramer was the engineer behind this track, and is often acknowledged as the first to use flanging in stereo. Starting in the song’s coda, you can hear a dramatic sweeping flange moving from left to right and back again during Hendrix’s solo.

Flanging is perhaps most impactful when used sparingly, to help accentuate a particular verse or part of a song. The line, “dynamite with a laser beam” just doesn’t sound as cool without that flange, does it? Queen used flanging to masterful effect on that particular line, as well as the outro to their song “Killer Queen.” Then again, there may be no cooler way to use flanging than on a drum kit, as the O’Jays employed on “For the Love of Money.” Flanging adds a throaty character to the bass line, and the flanged crash hits on the verses lend this funk classic a space-age feel. 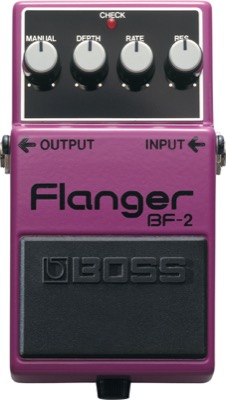 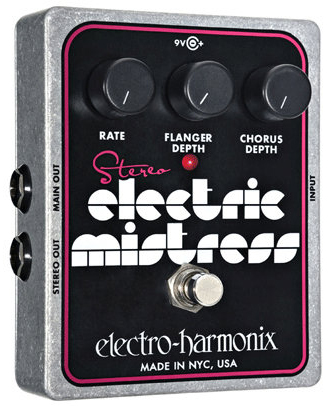 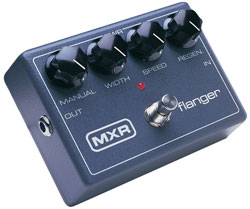 The effect would take on yet another evolution around 1976, when the first flanger guitar pedals started to appear. Pedals like Electro-Harmonix’s Electric Mistress, Boss’ BF-3 and and MXR’s M-117 allowed guitarists to get that mechanically-made flange sound with the stomp of a switch. With easily adjustable controls, the effect could approximate the sound of a jet taking off — a sound Eddie Van Halen would grow increasingly fond of.

And of course, as Eddie went, so went the whole guitar world. Flanging became a favorite among shred gurus of the ’80s and early ’90s like Steve Vai and Joe Satriani, lending texture to their breakneck legato runs. But since then, flange seemed to fade to the background. Sure, Lenny Kravitz used flanging for a retro aesthetic on “Are You Gonna Go My Way?” but people just didn’t seem as fascinated by the flange as they once were.

Are we living in a flanging renaissance? If modern psychedelic acts like Tame Impala and Mac DeMarco are any indication, flange may just be cool again. Meanwhile, guitarists have never had more options for flanging, as many pedal makers have taken notice and created unique flanger pedals in recent years. Catalinbread’s Zero Point features a momentary footswitch so you can manually control the flange passing through the zero point with just your foot. Another recent creation is the Digitech Nautila, which pairs flanging with chorus for truly deep modulation effects. 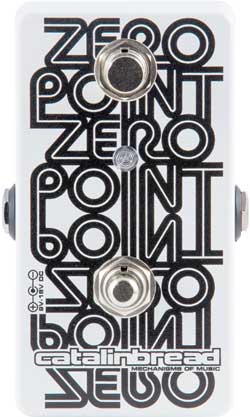 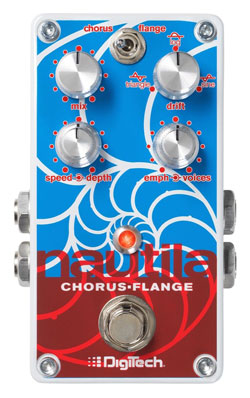 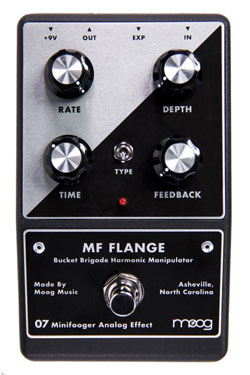 So where does flanger go from here? Will its resurgence continue, or will it fade to the background once again? We can’t say for certain, but we know musical trends, like the frequency sweep of a flanger, are constantly on the rise and fall. So if flanger does leave us for a while, we’re sure it will return to the mix.