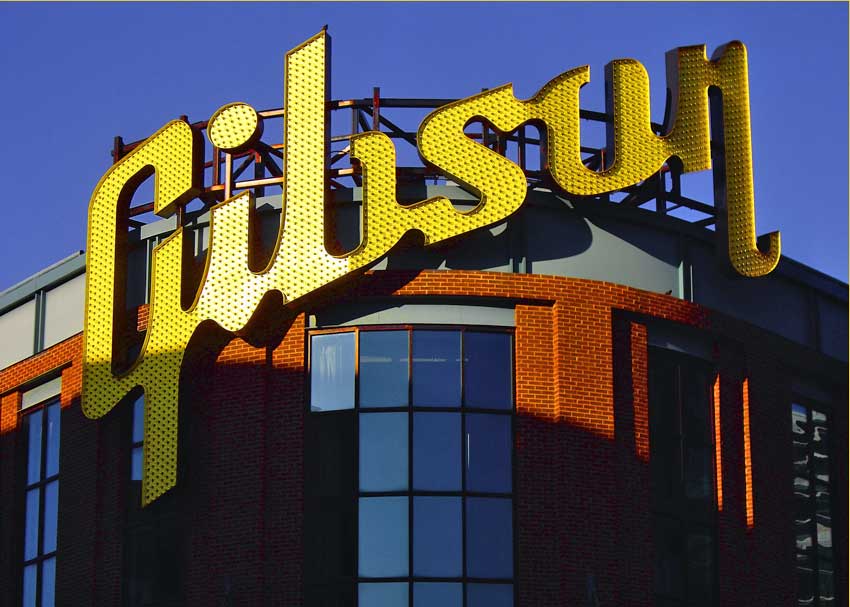 UPDATE: A suspect has been named in the case of the 10 stolen Gibson Custom Shop guitars. According to Franklin Home Page, two men alleged that Bryan Brewington sold two of the guitars to them at $100 each and recommended they didn’t try to pawn them off. The men were suspicious upon examining the guitars and alerted police. Police are continuing the search for Brewington, and anyone with information is asked to contact Crime Stoppers at 615-74-CRIME (615-742-7463).

Brewington has a history of criminal activity — he has a court date set for August 19 for charges of aggravated robbery and vandalism, among others.

Ten guitars worth over $40,000 were stolen from the Gibson Custom Shop in Nashville early Tuesday morning. The burglar, who entered around 3:40 a.m., was caught on camera. Police arrived to the scene around 5 a.m. The burglar remains at large, and he was seen fleeing in a white car.

The Custom Shop guitars were taken with the cases and certificates of authenticity left behind in the shop. Guitarists are being asked to keep an eye out for suspicious listings of Gibson Custom Shop guitars online or in secondhand shops. Stolen guitars often have serial numbers shaved off, so that is one clear sign. Anyone with information is asked to call local police at 615-862-6993 or Crime Stoppers at 615-74-CRIME (615-742-7463).

Another unfortunate blow to Gibson came as their website was apparently hacked on Tuesday. The site was rendered inaccessible to users, though it is live again.

Information for this post gathered from Nasvhille News Channel 5: http://www.newschannel5.com/news/break-in-reported-at-gibson-guitar-facility