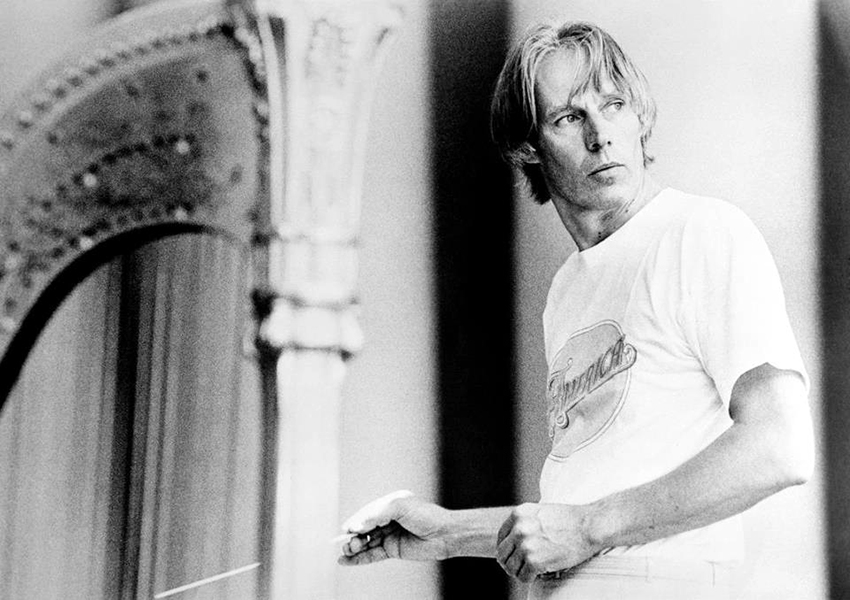 Sir George Martin will always be remembered as the Fifth Beatle, but today we remember the great gift he provided to the world. Originally, he dreamt of being the next Rachmaninov or Ravel, ideas he gleaned from witnessing the power of a full blown symphony orchestra at a young age. His first real career would be in the Queen’s Royal Navy. By the time he left the service, Martin was able to follow his original intent, but not in the way he first imagined.

Enlisting in the Guildhall School of Music and Drama allowed him to learn piano and oboe. Once he graduated, a stint at the BBC’s Classical Music Department set Martin unknowingly on the path he really was meant for. After catching the eye of some EMI label bosses, Martin was put in charge of the imprint Parlophone. This German label for years had been the residence of the cast-off from the main presser. Comedy albums, theater cast recordings, Classical and English folk acts were put under the charge of George.

Thank you for all your love and kindness George peace and love xx?✌️?? pic.twitter.com/um2hRFB7qF

Free to reimagine the label, George put as much effort as he could to actually respect the artists and record them accordingly. Somehow, his first successful production jobs for the likes of Peter Sellers, Dudley Moore, and a few skiffle groups allowed him the clout to promote a new idea he had rolling in his head: signing Parlophone’s rock band. As successful he was in building up this “sad little company” into a profitable one, he wanted a group that could offer sure-fire hits.

February 13, 1962 was the fateful day that would change history. On that day George Martin met with a young Liverpool band’s manager to hear a demo recording of their songs. Truthfully, what George heard sounded “unpromising,” but something in those two lead vocals gave him pause to not write the band off. He would offer them a contract without actually ever seeing them perform live or meeting them in person. The Beatles became the first rock act signed to Parlophone. What could George lose? They offered them a penny per record sold and the band was keen to simply try their luck. There was a catch though.

The Beatles had to audition their songs first. Invited to perform and record a feeler at Abbey Road Studios, they recorded four songs that George would later listen to. Again, George didn’t hear anything special in those songs, the worst being Pete Best’s drumming. For such simple songs, they lacked originality. When Martin asked them what it was that they didn’t like about the recordings, they proceeded to barrage him with jokes about the stuffiness of the people working there. This wit was enough to let this experiment go on a little further.

The first sessions George recorded with The Beatles were for sure-fire hits, at least he thought. A recording of a version of Gerry and the Pace Makers “How You Do It” was cast aside; Lennon and McCartney felt it didn’t fit them as a group. When entreated to come up with something better, they opted to re-record an early song of theirs, “Love Me Do.” Originally recorded sans Pete Best, and surprisingly to his replacement Ringo Starr, sans Ringo (who was tasked with maracas and tambourine duty), this bit of working-class rock found an audience, peaking at number 17 on the pop charts. When that single stalled, The Beatles pleaded with George to let them record another. That single, “Please Please Me” would be recorded on the condition and suggestion of George Martin that they speed up this ballad of theirs.

R.I.P. George Martin. I'm so gutted I don't have many words. Thinking of Judy and Giles and… https://t.co/3Nc8sCgRpN

Released in 1962, “Please Please Me” became The Beatles first number one single, setting the course for an astounding amount of musical history. Martin, serving as peer, surrogate father, and helping hand, would guide The Beatles where their own knowledge wasn’t quite sure enough. Paul McCartney put it brilliantly: “George Martin [was] quite experimental for who he was, a grown-up.”

George would impart ways to fold classical motifs into the Beatles’ music. He’d fill out arrangements from bits of ideas hummed to him that they couldn’t quite realize themselves. On other days, he’d merely provide a studio conducive for them express themselves (famously by encouraging engineers to remove their smocks and ties). In the end, George Martin created an environment where good ideas can flourish and unsure ideas could be cultivated to serve a better purpose. Those ideals would serve to realize things like double-track recording, compression gates, sampling, and countless other sonic adornments. Those ideas might have existed before, but with The Beatles, Martin made such technique accessible to anyone who could turn on a dial.

When we now see this huge lineage of artists Martin produced, artists like The Beatles, John Williams, America, Cheap Trick, and Jeff Beck to name a precious few, we see that with age came a certain wisdom that only George could impart. It’s the ability to hear potential that will be his longest legacy. One doesn’t need to go far to see that in engineers like Geoff Emerick, Norman Smith, and Alan Parsons, who went on to become icons of production as well. On a day like today, perhaps it’s best to go back and see what we can dig from our vaults to rethink or renew. If all else fails, we can laugh it off, and add it to our base of knowledge. I’m pretty sure George would have loved that.

I’m so sad to hear the news of the passing of dear George Martin. I have so many wonderful memories of this great man that will be with me forever. He was a true gentleman and like a second father to me. He guided the career of The Beatles with such skill and good humour that he became a true friend to me and my family. If anyone earned the title of the fifth Beatle it was George. From the day that he gave The Beatles our first recording contract, to the last time I saw him, he was the most generous, intelligent and musical person I’ve ever had the pleasure to know.
It’s hard to choose favourite memories of my time with George, there are so many but one that comes to mind was the time I brought the song ‘Yesterday’ to a recording session and the guys in the band suggested that I sang it solo and accompany myself on guitar. After I had done this George Martin said to me, “Paul I have an idea of putting a string quartet on the record”. I said, “Oh no George, we are a rock and roll band and I don’t think it’s a good idea”. With the gentle bedside manner of a great producer he said to me, “Let us try it and if it doesn’t work we won’t use it and we’ll go with your solo version”. I agreed to this and went round to his house the next day to work on the arrangement.
He took my chords that I showed him and spread the notes out across the piano, putting the cello in the low octave and the first violin in a high octave and gave me my first lesson in how strings were voiced for a quartet. When we recorded the string quartet at Abbey Road, it was so thrilling to know his idea was so correct that I went round telling people about it for weeks.
The world has lost a truly great man who left an indelible mark on my soul and the history of British music.
God bless you George and all who sail in you!

Year of the Supercharged Guitar: Gibson High Performance SeriesKorg Volca FM Now Out in the Wild