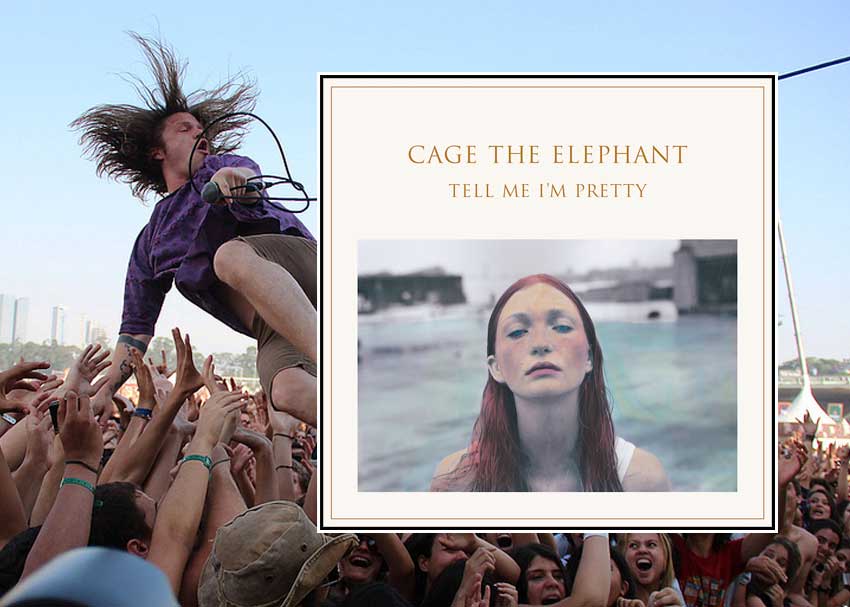 I know you’ve been listening to the Star Wars: The Force Awakens soundtrack on loop for the past week. Put “Scherzo for X-Wings” on pause for a moment because Cage The Elephant — known for hits like “Ain’t No Rest for the Wicked” and “Shake Me Down” that you probably still hear on your favorite alternative rock station — released their new album on the same day Star Wars did. I’m sure there’s room in your heart (or on your playlist, or on your media player) for another album — so just hit the play button already.`

It’s been a couple of years since their last album Melophobia, so I guess it was about time that they came out with something new. Melophobia sounded a bit different than some of their earlier stuff — it was touched with a bit more darkness and, in some songs, had a bit more electronic feel.

Tell Me I’m Pretty — the band’s fourth album — was well worth the wait. Cage The Elephant has a pretty rockin’ retro (circa 1960s) sound that I dig/have dug since I first heard them. And if you think it sounds a lot like the Black Keys, that’s because the album was produced by Dan Auerbach of the Black Keys! Fun (well, fun to me) trivia fact: the Black Keys used to tour with Cage The Elephant.

The first and only time I’ve seen Cage The Elephant live was at Edgefest 22 in 2012 back in Frisco, Texas (shoutout to anyone else that was there, too). Funnily enough, the Black Keys were also there (along with Cake, Blue October, and Garbage — which was really nostalgic for all those children of the ’90s). They had such energy, and it was truly a memorable performance. I’m truly disappointed that I wasn’t living in Chicago when they played at the Vic in 2012.

Back to the album! Tell Me I’m Pretty is moody-yet-energetic. Not so angsty to weigh you down, but not anywhere near sweet enough to hurt your teeth. I know what tracks I’m going to be bobbing my head to in the new year!