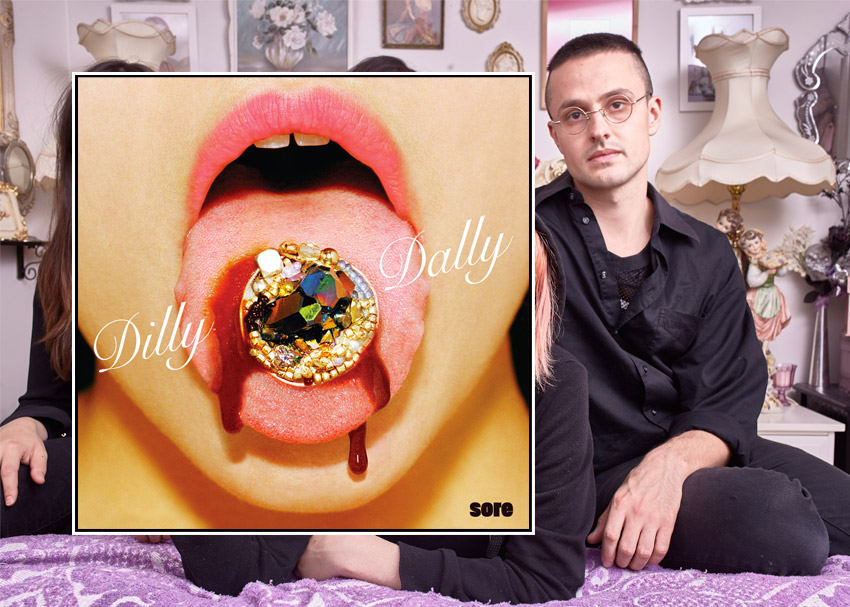 It was pretty hard to choose just one album/band to cover this month. There’s so much happening right now in music, it’s kind of hard to keep me listening to one thing. My nostalgia went into overdrive when I heard that Blues Traveler came out with a new album in the spring. Then the internet went wild over that new Will Smith track. Then there was that whole Kanye West/Weezer mashup business (Yeezer — it’s good, go look it up).

I feel like I’m a golden retriever during a rain shower made of tennis balls. So of course I listened to a TON of stuff spanning a few different genres. I guess I usually gravitate toward music with a heavy pop influence. But I stumbled upon something different this time!

I found out that Dilly Dally released their debut album Sore on October 9. It was possible for me to follow them because they’ve been releasing singles over the past year. With the raspy vocals of Katie Monks backed by a rockin’ punky/soft grunge sound, it was super easy to get in to. Of course, the “soft” in soft grunge isn’t meant to downplay — the melodies are still pretty heavy. Check out the first track on the album, Desire.

Dilly Dally is a Toronto-based band consisting of best friends Katie Monks (vocals/guitar) and Liz Ball (guitar), along with Jimmy Tony on bass and Benjamin Reinhartz on drums. If you’re looking for something to jam to this week (you know, when you’re done listening to Yeezer for the seventh time), you’ve gotta add Sore to your playlist.

Earth - Primitive and DeadlyMartin Jam + a Pair of D-28 Demos