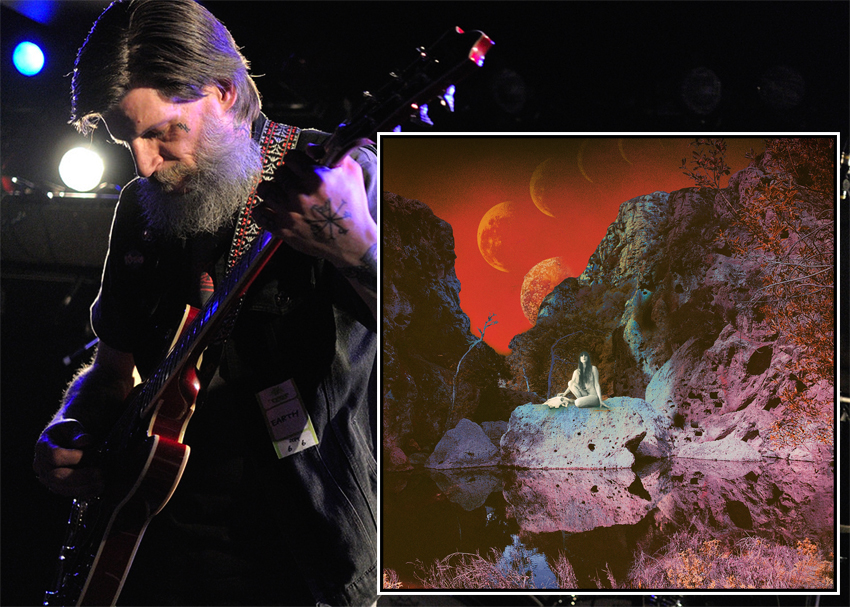 While Black Sabbath may have left the name Earth in the dust, Olympia Washington’s Dylan Carlson dug it up and erected something totally new out of it. Though near-constant lineup changes, drug problems, jail time and long hiatuses plagued the band, Earth is still going strong after 26 years.

Starting in the late ’80s, Earth was defined by their droning, minimalist song structures, creating walls of distorted sound that wash over the listener. Drone metal giants Sunn 0))) even picked their name partly because of the amps they played, but also as a play on the name Earth). Over their 26-year career, Earth have constantly been shifting, taking on one form only to shed that skin and slither into another style. After a brief hiatus in the late ’90s, Earth reformed and came back with a more developed, less repetitious format that drew from elements like country western, alternative rock, jazz and even folk. With their most recent effort Primitive and Deadly, Earth focused all these elements to create an album that fits in with the rest of its canon, but stands on its own as another step forward. As Earth themselves put it, they “allowed themselves to be a rock band” and it shows.

The last few Earth records have definitely carried a western vibe to them, and I could hear it playing behind clips of old spaghetti westerns. in fact Carlson wrote the album Hex; Or Printing in the Infernal Method as a conceptual soundtrack to the bleak and desolate Cormac McCarthy western novel Blood Meridian. Being recorded at Rancho de la Luna in Joshua Tree, California, Primitive and Deadly nails the sun-baked, slow and hot desert-drifter vibe of Joshua Tree. It’s perfect for blasting out of the stereo of your matte-black 1970 Chevy Nova as you rocket across the cracked pavement highways of Death Valley.

Dylan Carlson’s guitar work is nothing short of impressive, He snakes his way though different time signatures, counts and scales. His playing is akin to a mountain highway — at a far-away glance it seems calm and serene, but when you get into it, it’s full of curves, peaks, crags and switch-backs. Behind him, drummer Adrienne Davies patiently keeps time. While her drumming has a minimal style, playing song with such slow, plodding tempos is no easy task, and she stays perfectly on point.

On the song “Even Hell Has Its Heroes” Carlson trades fuzzy psyched-out solos with Built to Spill’s Brett Nelson, on top of a bed of dense, multi-tracked guitars. Playing a traditional guitar solo is rare for him, and both he and Nelson take stabs at uprooting the song’s theme with swirling, spiraling riffs that weave in and out of the songs melody.

Primitive and Deadly also marks the first time in almost 20 years there have been vocals on an Earth record. Enlisting Mark Lanegan, formerly of Screaming Trees and Rabia Shaheen Qazi of Rose Windows as guest vocalists, three of the five tracks feature vocals. Lanegan’s delivery comes across more like a wandering revival preacher or soothsayer reading of his own ominous scriptures and warnings of damnation.

On “There is a Serpent Coming,” he spouts off “I see a serpent coming/I see a beast is coming/I see deadly heat is coming/All praise and exaltation/Black train of riders left the station/New revelation time”. A warning that the dissonant, looming track demands you heed. On the other hand, Rabia Shaheen Qazi sings a bit sweeter tune, albeit just as ominous. Playing more with the melody and the interplay between the instruments, she sings along to the melody, where Lanegan just chants over it. Lyrics like “It’s all over now/ the devils got you down/It’s all over now/ there’s no need to come down” come across less brooding, but still carry the same weight.

I recently caught Earth playing in Chicago at the Bohemian National Cemetery. Seeing Earth perform lit only by the moonlight and a few well-placed stage lights, surrounded by a over 130 year-old mausoleum was pretty fitting for their brand of, hazy, ethereal doom rock and cemented in me the idea that Earth is the perfect soundtrack for gazing down into the void and bleakly staring death in the face.