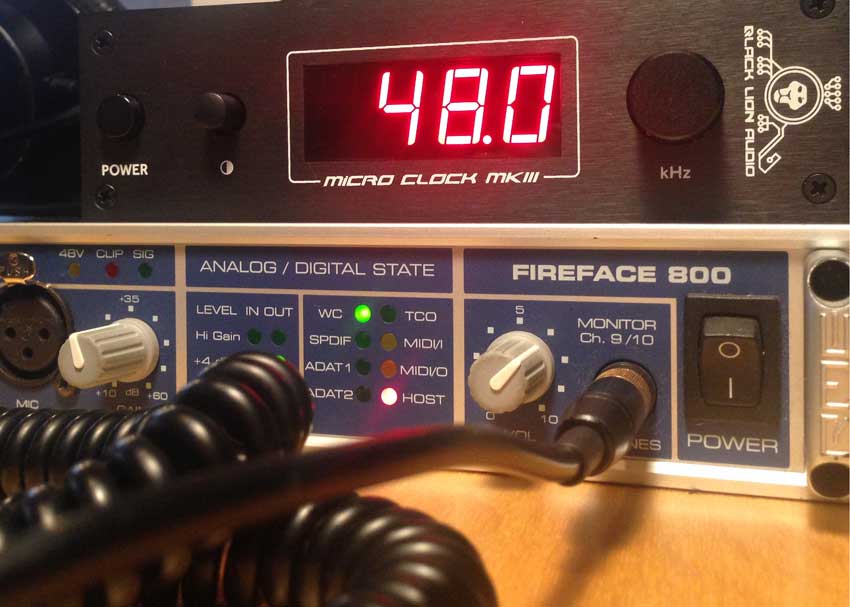 What Does a Word Clock Do, Anyway?

Digital recording depends on the ability to slice up time accurately and consistently. When analog signals are converted to digital data, the analog signals are sampled several thousand times per second. For example, if you’re recording at a sample rate of 48 kHz, that means you’re dividing each second into 48,000 tiny slices. And if any of the “slices” are slightly off, you get jitter — timing irregularities — which can result in less natural-sounding audio.

For our first test, we used a setup that might be found in a low-to-mid-priced home studio: we miked up a Fender Sonoran SCE acoustic guitar with two inexpensive condenser microphones from Shure’s PG Alta series: the Shure PGA27 large-diaphragm condenser on the body of the guitar, and the Shure PGA181 condenser on the 12th fret. 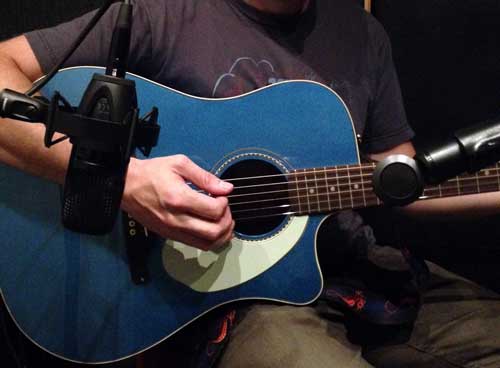 zZounds Operations Manager Jay busted out his strumming skills for this shootout.

To mix these tracks, we panned the PGA27 hard left and panned the PGA181 hard right, and used an IK Multimedia T-RackS limiter plug-in to add a bit of compression.

The first take was recorded using the RME with no external clock:

The second take was recorded while we re-clocked the RME to the Black Lion Audio Micro Clock mkIII: 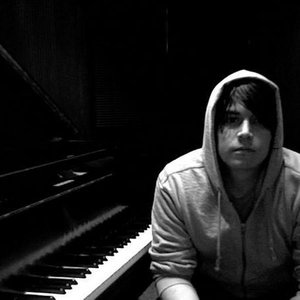 For our next test, we visited a professional recording studio, Solid Sound Recording in Hoffman Estates, IL, to record piano and vocal with singer-songwriter Joshua Staar, who also engineered the session. We recorded an excerpt from Josh’s song “Never Too Late.”

The vocal mic was a Wunder CM7 — a very faithful recreation of a Neumann U47 — and the piano mics were a pair of AKG C 414 B ULS. Josh used an API 512 preamp for each microphone. The API preamp fed a Universal Audio Apollo 16 audio interface, feeding Pro Tools at 48 kHz/24-bit.

The verdict: “I actually think the MK2 has a sweet sound,” says Joshua, “but the MK3 has a wider sound.”

The difference between the MK2 and MK3 is, of course, less dramatic than the difference going from NO external word clock to the MK3. However, we think the MK3 sounds more “produced,” and we definitely hear a wider stereo image with the MK3.

What do you think? Let us know in the comments!