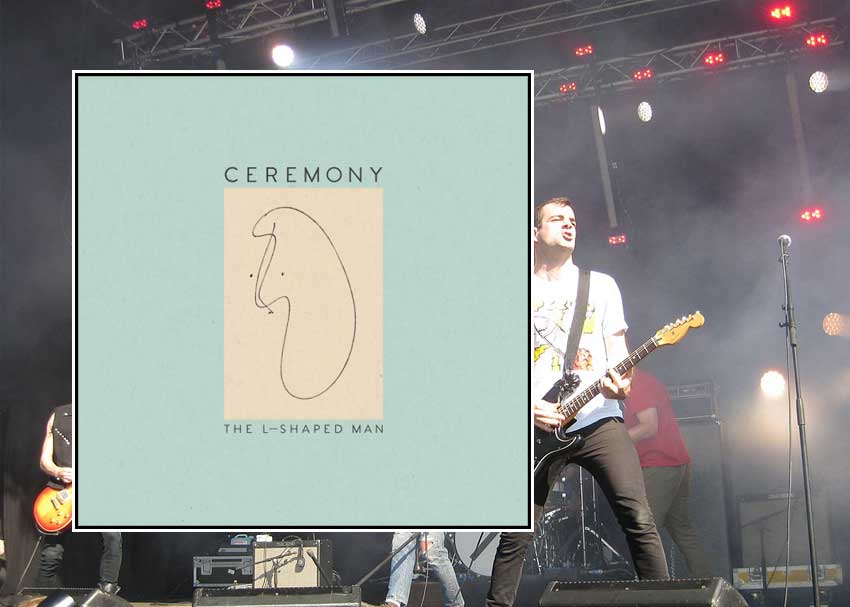 Heavy, fast, heavy, fast…this is what Ceremony is all about. Anger-stricken, disordered musicians are what make up one of the most influential punk/hardcore bands of the 21st century. Ceremony is comprised of five members and was formed in California in 2005, blowing speakers and kids’ minds with their fast paced, carefree music. With a resemblance to bands like Urban Waste and Black Flag, Ceremony became a wrecking force in the hardcore scene. When they released their first LP “Violence, Violence” it was clear that this band is full of thrash/punk-loving people. The astounding 13 minutes of this full length is full of chaos and is sure to give your parents a headache.

After the release of their freshman LP, Ceremony joined forces with Bridge Nine Records and put out their next two albums with them, Still Nothing Moves You and Rohnert Park. Both albums carry heavy hitting blast beats along with sludgy power violence riffs. My personal favorite is Rohnert Park because of tracks like “Into The Wayside, Part I” where you have four minutes of vocalist Ross repeating the phrase “I’m sick” over and over again. Following this release, Ceremony signed with massive indie label Matador records. Pairing up with Matador to release their 2012 album “Zoo”. While it still had some of Ceremony’s classic features, it was an attempt by the band to expand their constricted genre and classification.

With the release of their fifth album, The L-Shaped Man, Ceremony shocked fans, doing a complete 180 from hardcore/punk into a post-punk Joy Division style. When this album hit shelves, they were ridiculed for supposedly “copying” one of the original post punk bands ever: Joy Division. I can see where fans are coming from, this album bears a lot of resemblance to Joy Division records. However, this album is amazing. Vocalist Ross Farrar lays everything out on the table with this release, writing about a recent impacting breakup. Now I know what you are thinking…yes this sounds cheesy, but trust me when I say these aren’t your typical “I’m sad and I miss my girlfriend” type of lyrics. Ross deserves a lot of credit for being able to reveal his views in a more insightful and thought provoking manor than most vocalists.

The album starts off with the song entitled “Hibernation,” instantly setting the mood for the album. The gloomy, dark and sorrow filled lyrics are followed by a stir of mixed piano notes. You immediately feel a wave of grief rush upon you as every word reaches your ears. It’s almost as if you are the therapist and Ross is the patient; spilling his guts (so to speak) and revealing his life to you as you listen and try to digest it all. As you continue to listen, it’s made clear that this album is strongly rhythm based. With bassist Justin Davis and drummer Jake Casarotti holding down the fort for the rest of the band. Justin brings a more raspy, treble driven bass tone on this release; much thinner than previous albums. However, it complements the overall band’s style perfectly. The bass isn’t too thuddy or gritty; while at the same time it doesn’t have too much low end; it packs just the right amount of punch.

The drums on this record are similar, but they take on a more low-fi sound–and I mean that in a good way. Too often are drums compressed when it comes to bigger bands that record at nicer studios. I can’t stand that. The drum tones on this album resemble something you would hear in a ’90s punk band. It just sounds more raw and real. He also has a fatter snare sound (which I love). His snare tone really helps to mellow out this album, setting the mood for vocalist Ross and guitarist Guitarist Anthony Anzaldo to take over.

The guitars on this album rule. Lead guitarist Anthony definitely opens up his playing style. I’ve noticed in previous albums he would throw in riffs that were a little more twangy and slightly new wave for the hardcore/punk genre. That was a unique twist that I loved about that band.  With this release, he was able to really execute his distinctive playing abilities, honing in on influences from bands such as The Smiths and The Cure. He brought eerie, jagged guitar riffs and explored an array of sounds and effects on this album. You can tell that he (and the band) are fans of bands like Psychedelic Furs and Minutemen with the vibes of that this new album has.