The Bad Plus – Suspicious Activity? 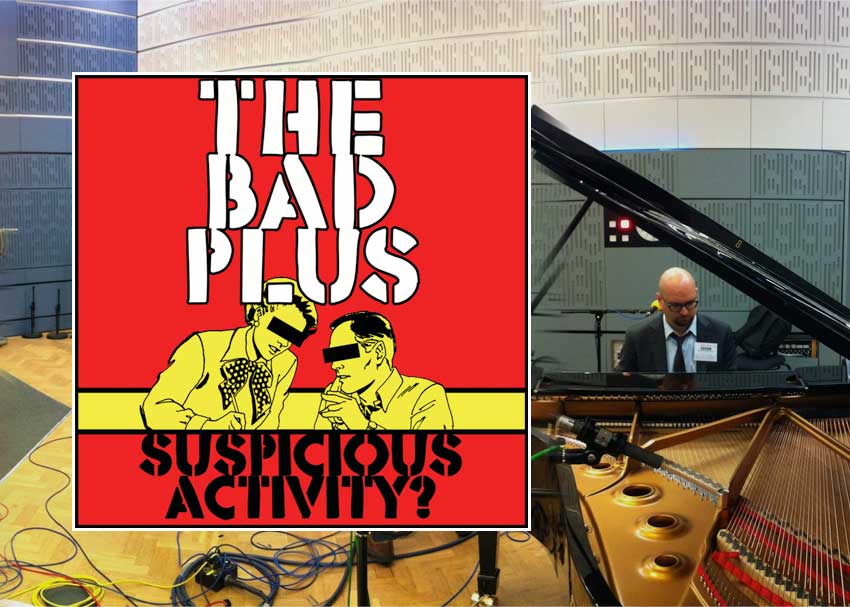 The Bad Plus cemented their reputation as giants of the modern jazz world with their 2005 release, Suspicious Activity?  At first glance The Bad Plus looks like a traditional piano trio, however looks are deceiving in their case.  Rather than being driven by one person with interchangeable personnel, they are a true musical collective.  By having a name such as The Bad Plus rather than a single member’s name (ie. Bill Evans trio), it is clear that they are an entity bigger than the sum of their parts.  They modeled themselves after a rock band structure, rather than a traditional jazz trio. Reid Anderson (bass) and David King (drums) grew up together in Minnesota listening to a mix of jazz as well as rock and pop music. This dichotomy is apparent in the music of The Bad Plus.

The Bad Plus made a name for themselves covering tunes such as “Iron Man,” “Smells Like Teen Spirit,” and “Tom Sawyer.”  Suspicious Activity? is more a feature  of their original songwriting prowess, rather than their quirky covers. Although the extended recording sessions for this album included covers by such artists as Led Zeppelin and Bjork, the final release only had one cover, the “Theme from Chariots of Fire”. In typical Bad Plus fashion, it centers around a nasty bass groove, and goes off into a frenzy of jazz anarchy.

Suspicious Activity? is a very cohesive album. Starting out with a very slow build up, it eventually reaches a fever pitch. The album has a great cross section of styles and influences. Ethan Iverson’s angular piano lines and dense, dissonant harmonies smash on top of David King’s bipolar drumming, and Reid Anderson’s ultra-dirty bass sound. Suspicious Activity? is a great representation of the sound and attitude of The Bad Plus.

In addition to my role as the resident "Bass Guy" at zZounds, I'm a professional upright and electric bass player who performs a variety of genres including jazz, funk, rock, and world music.