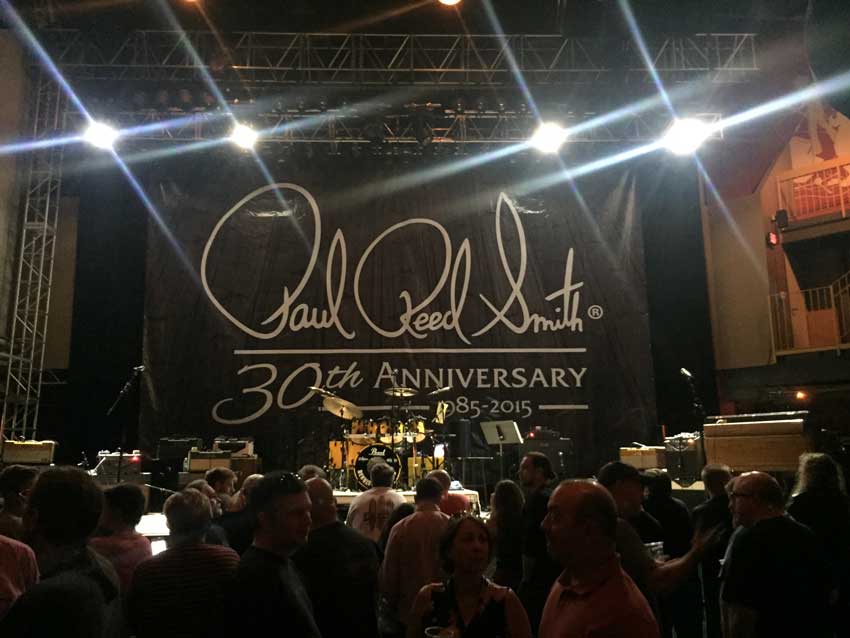 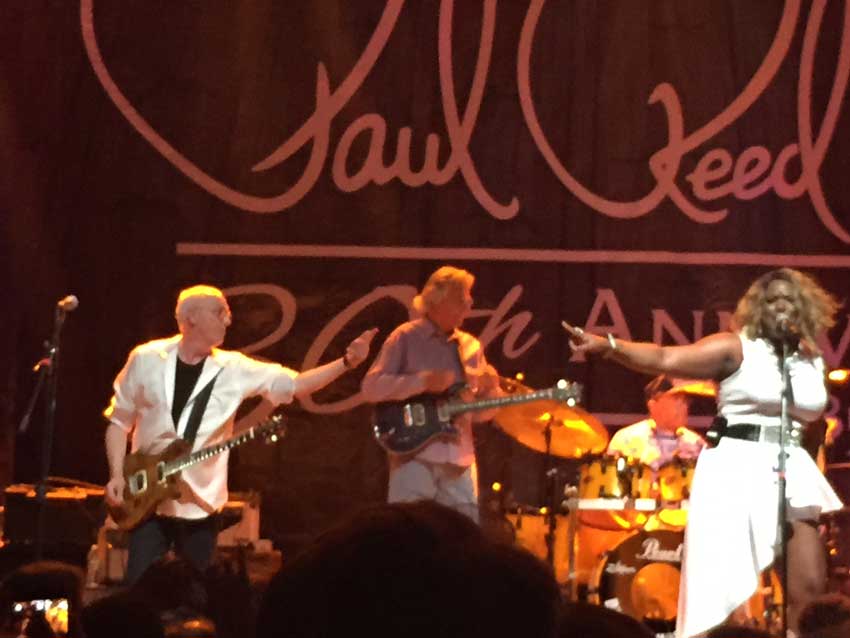 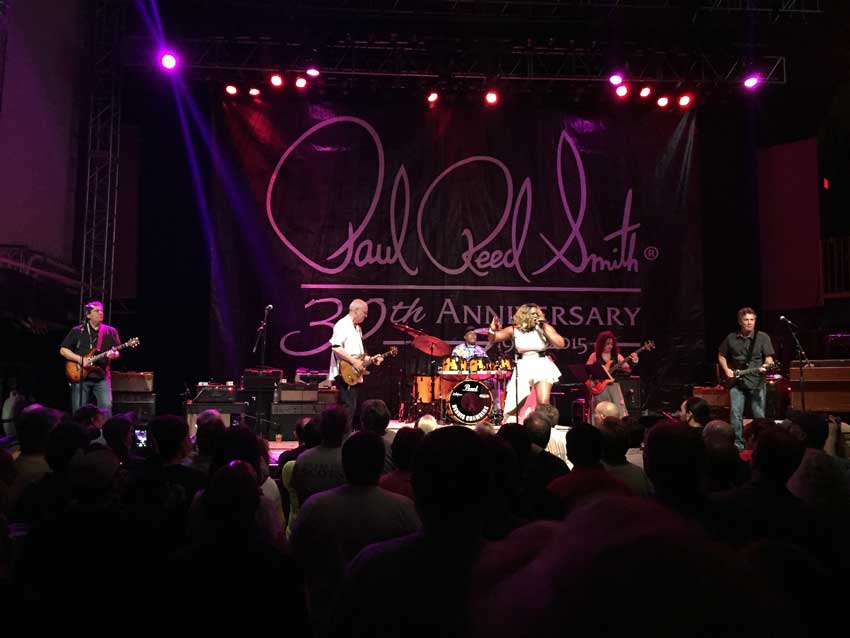 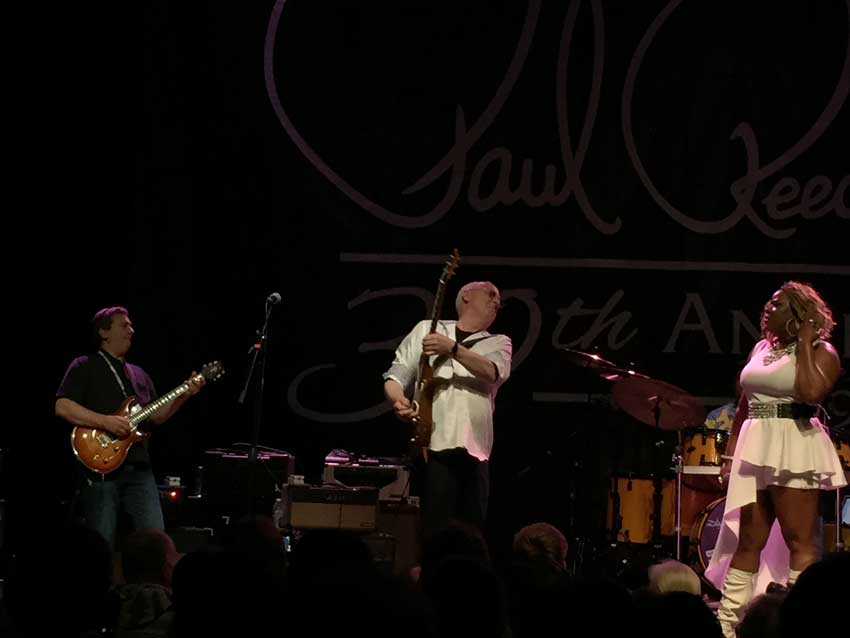 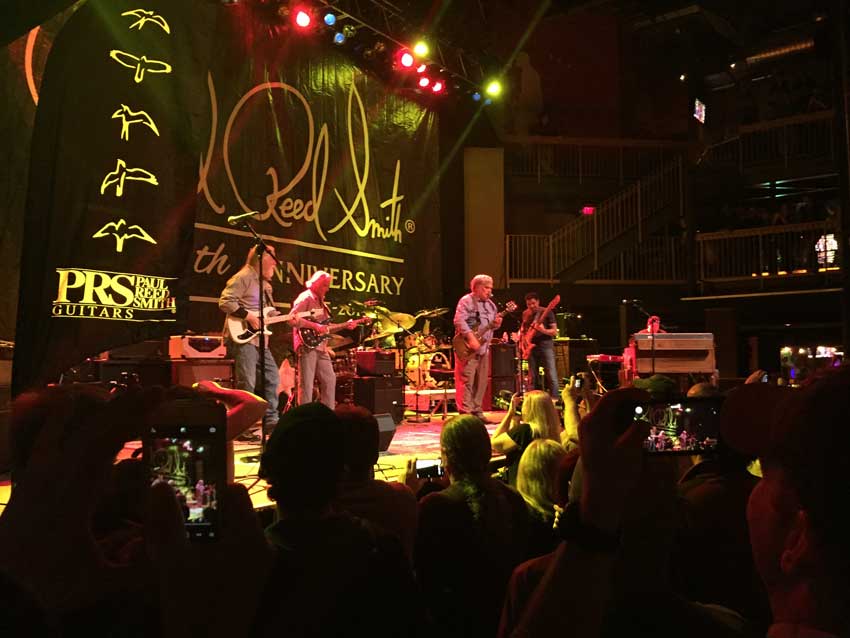 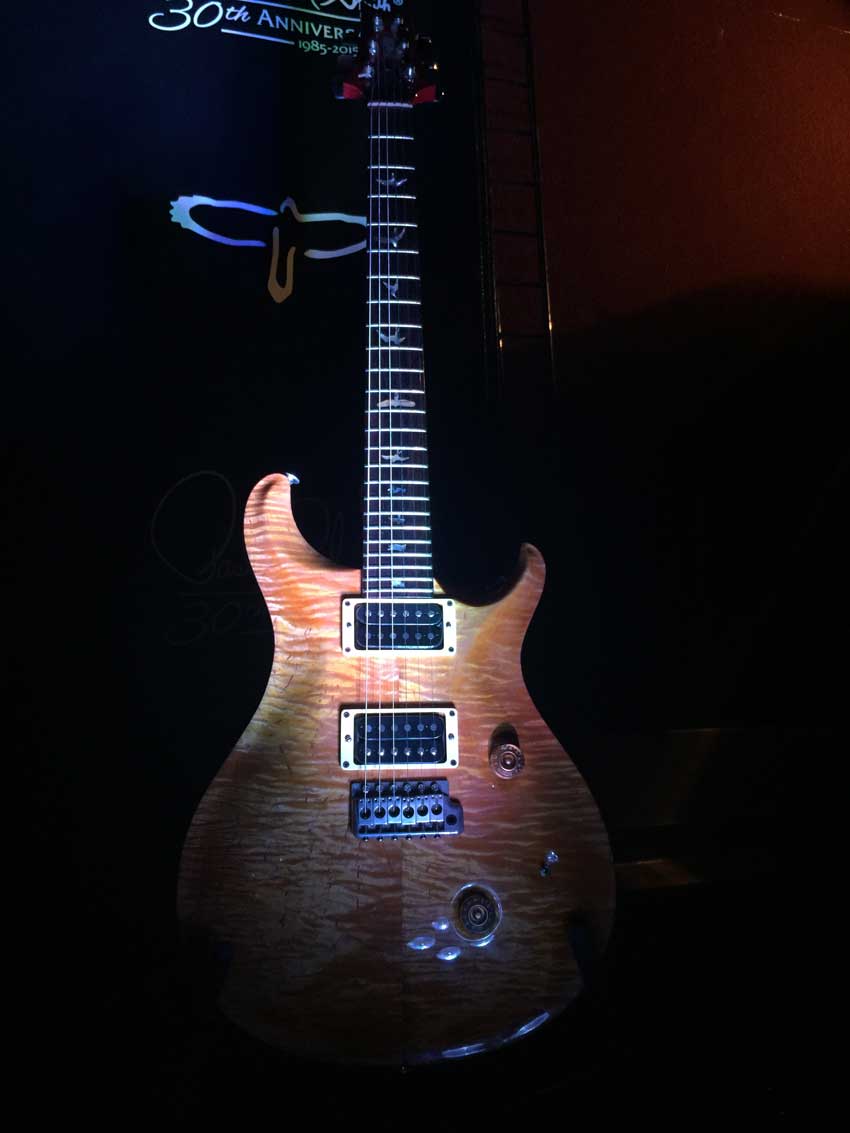 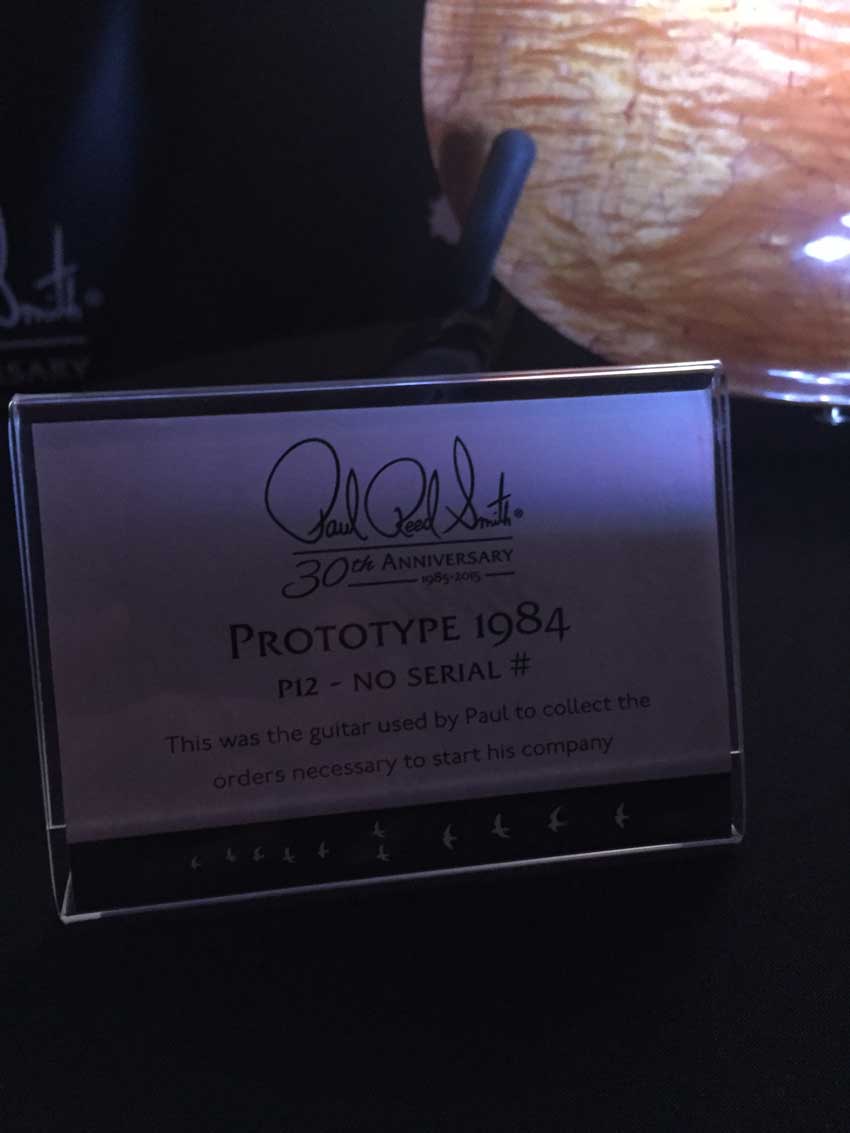 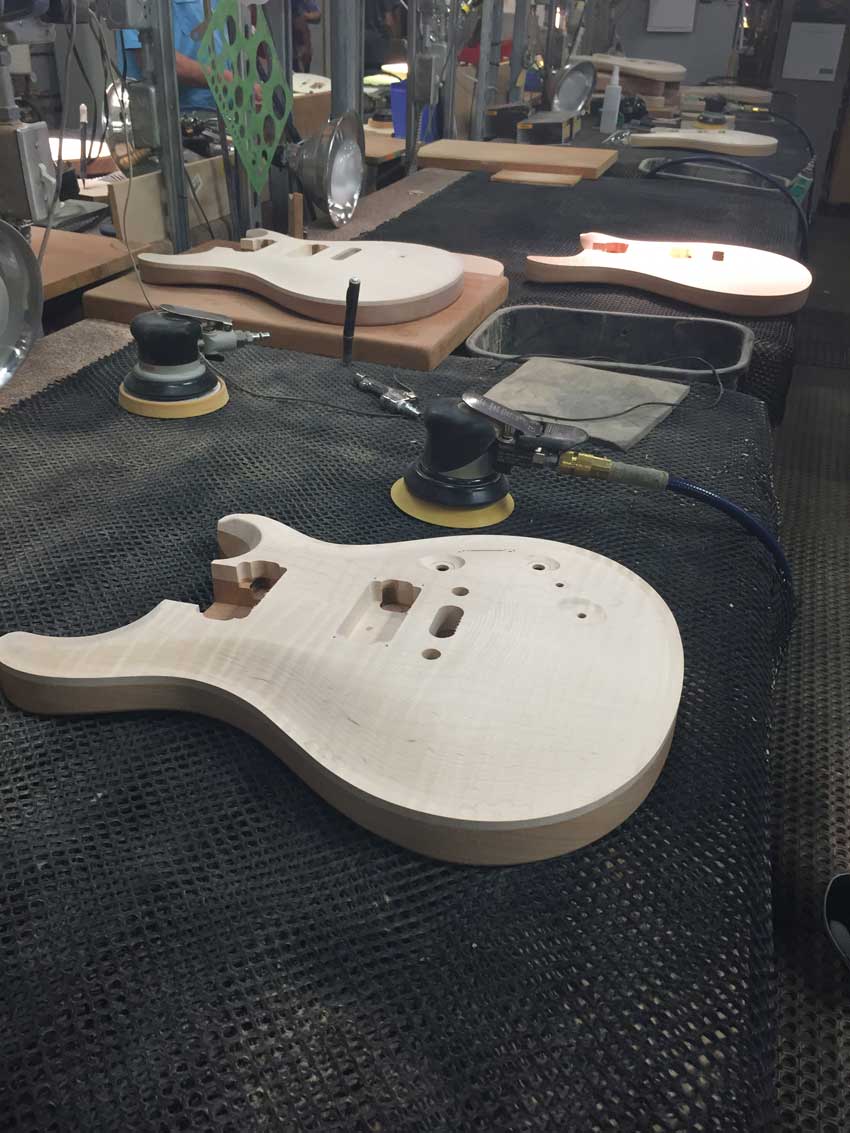 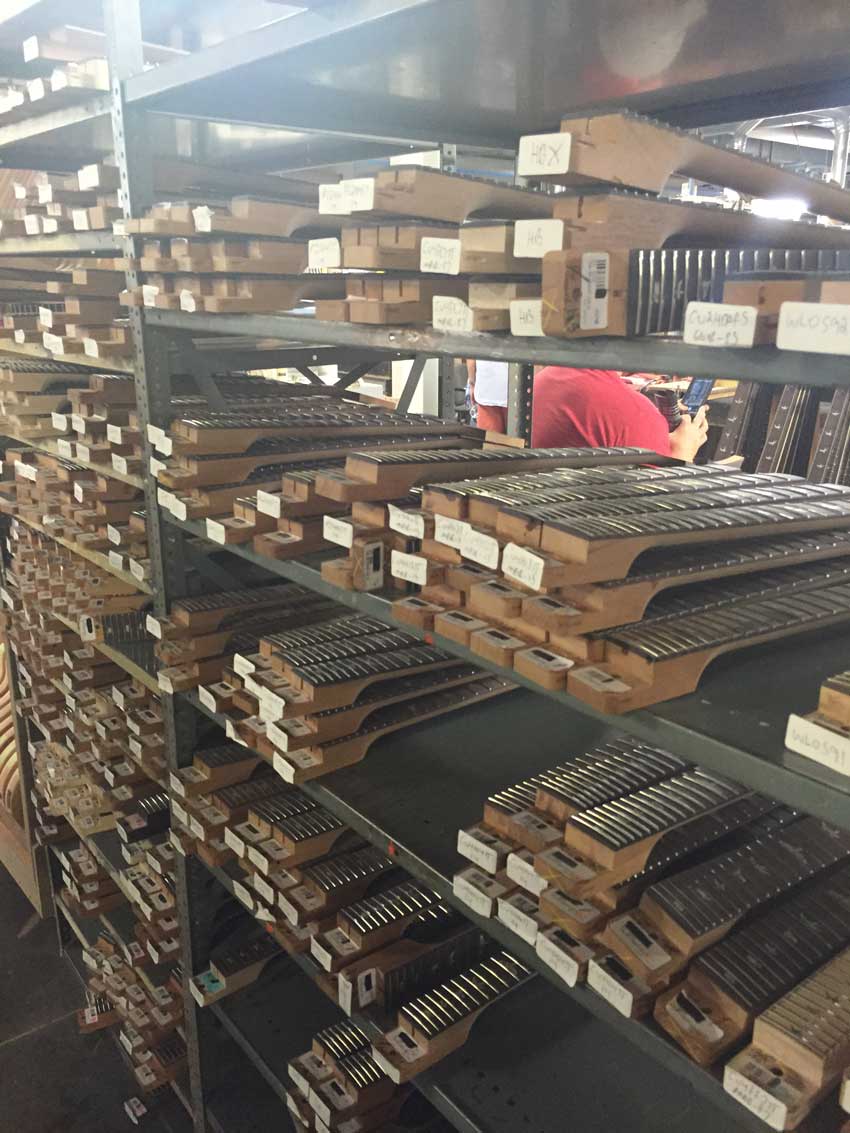 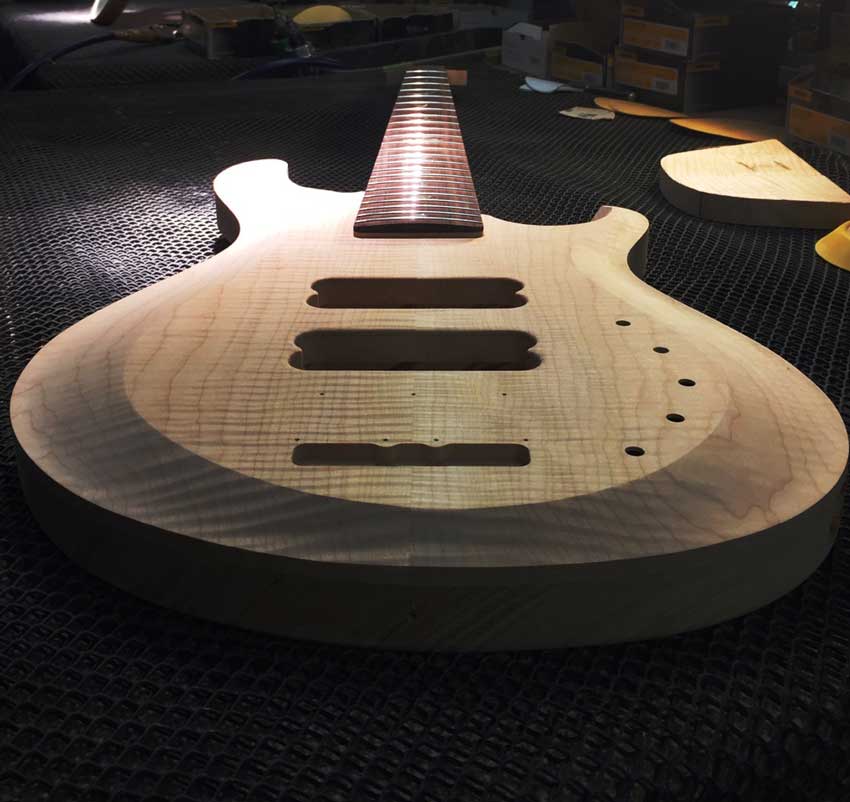 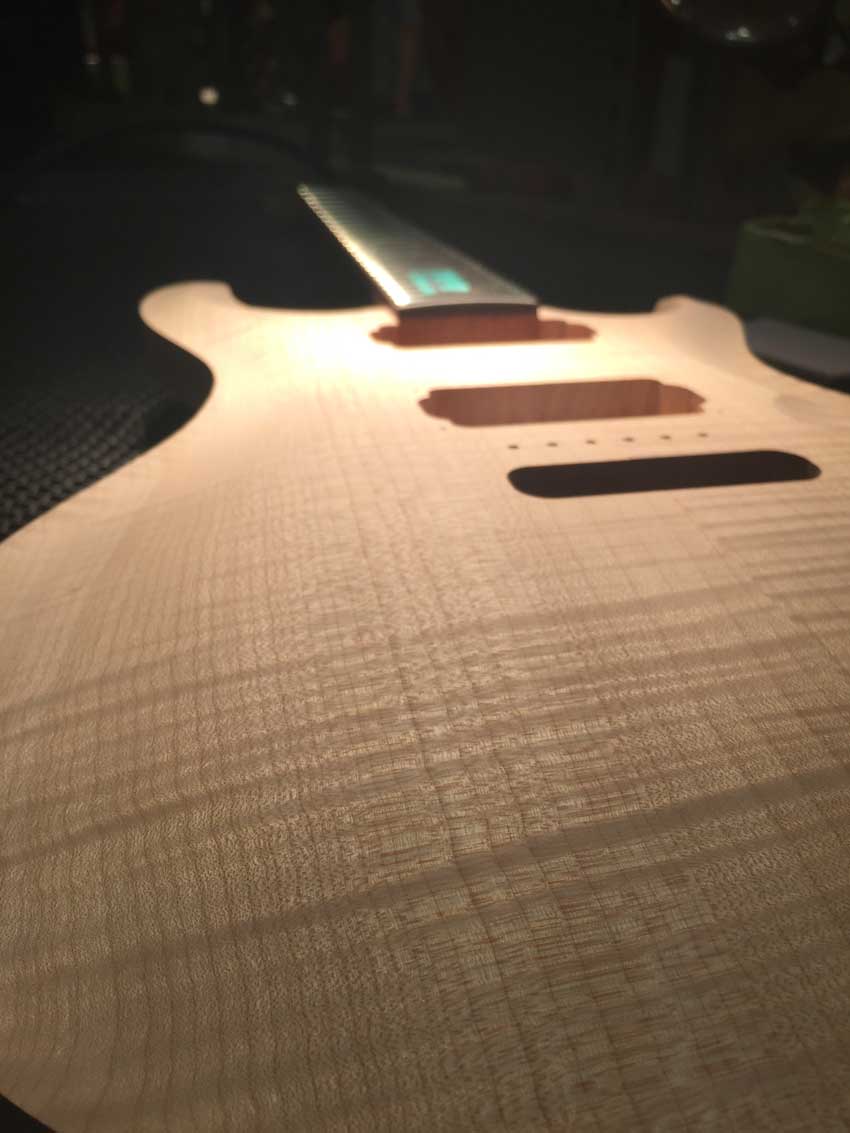 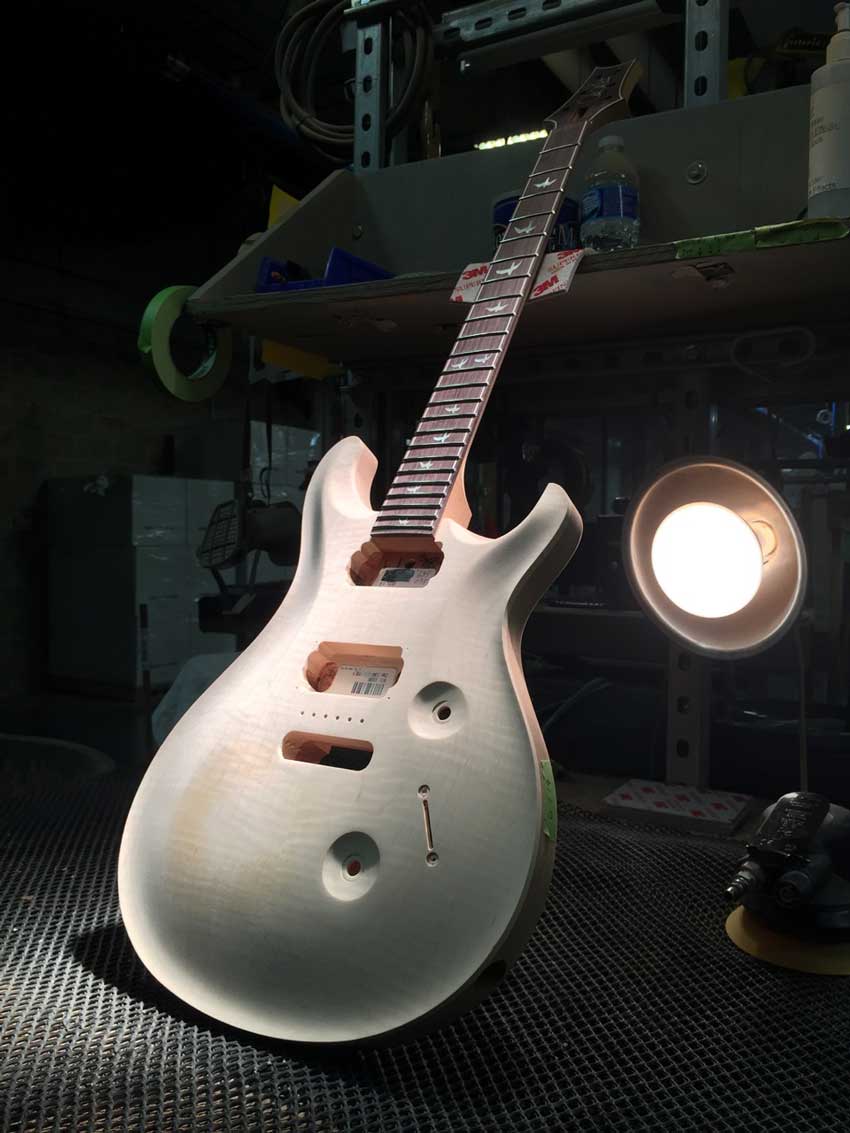 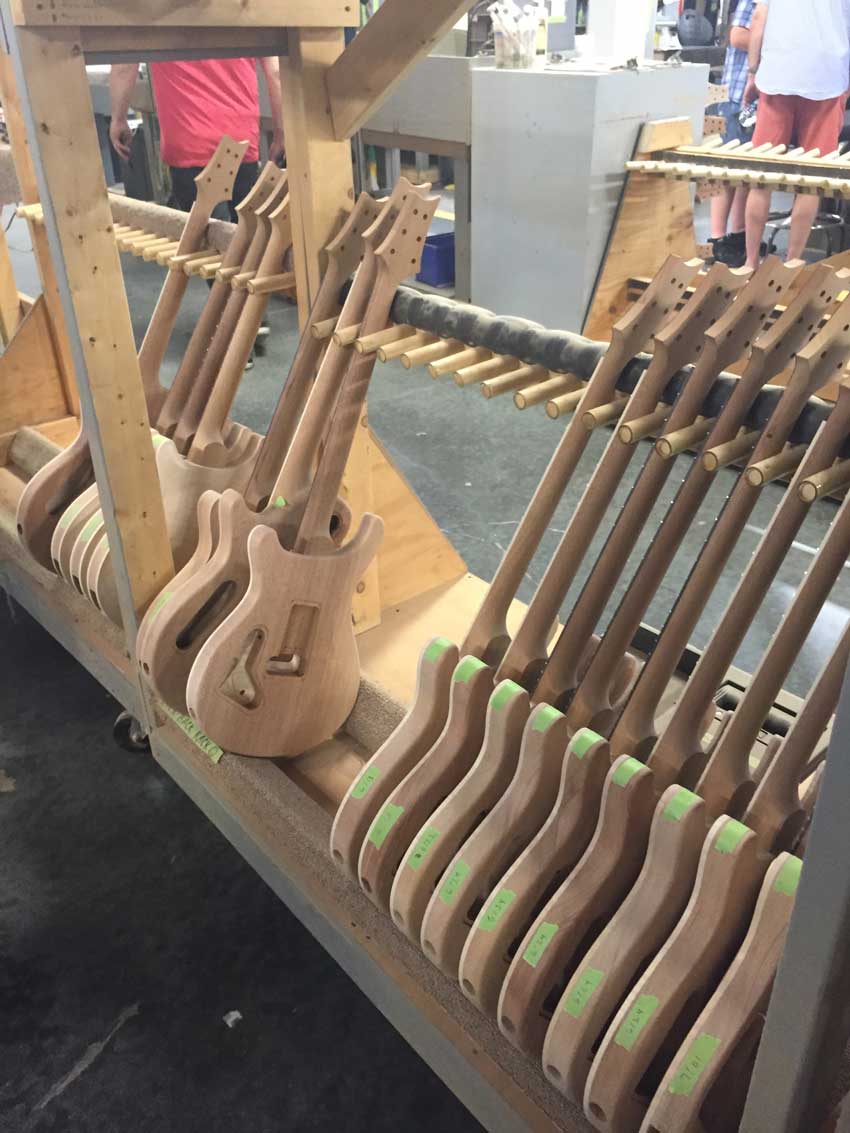 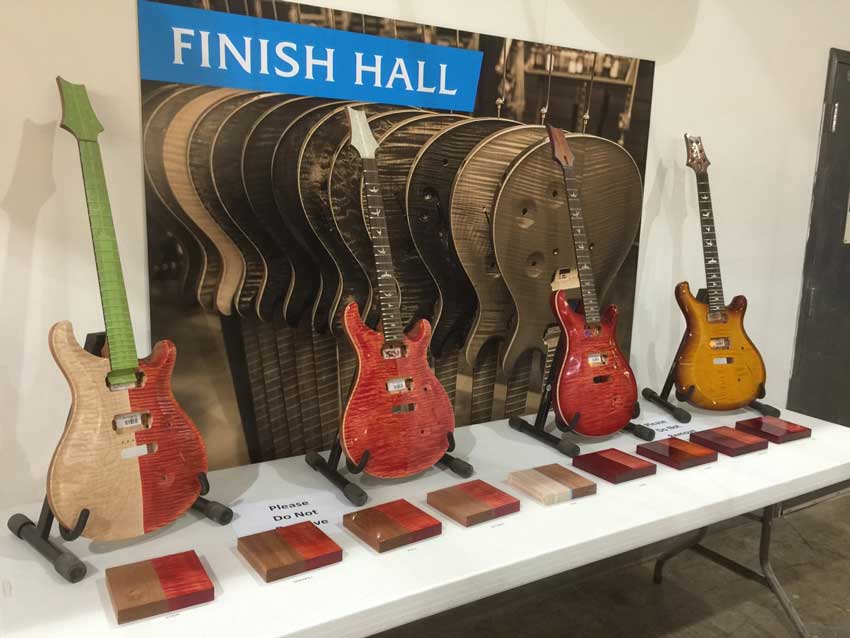 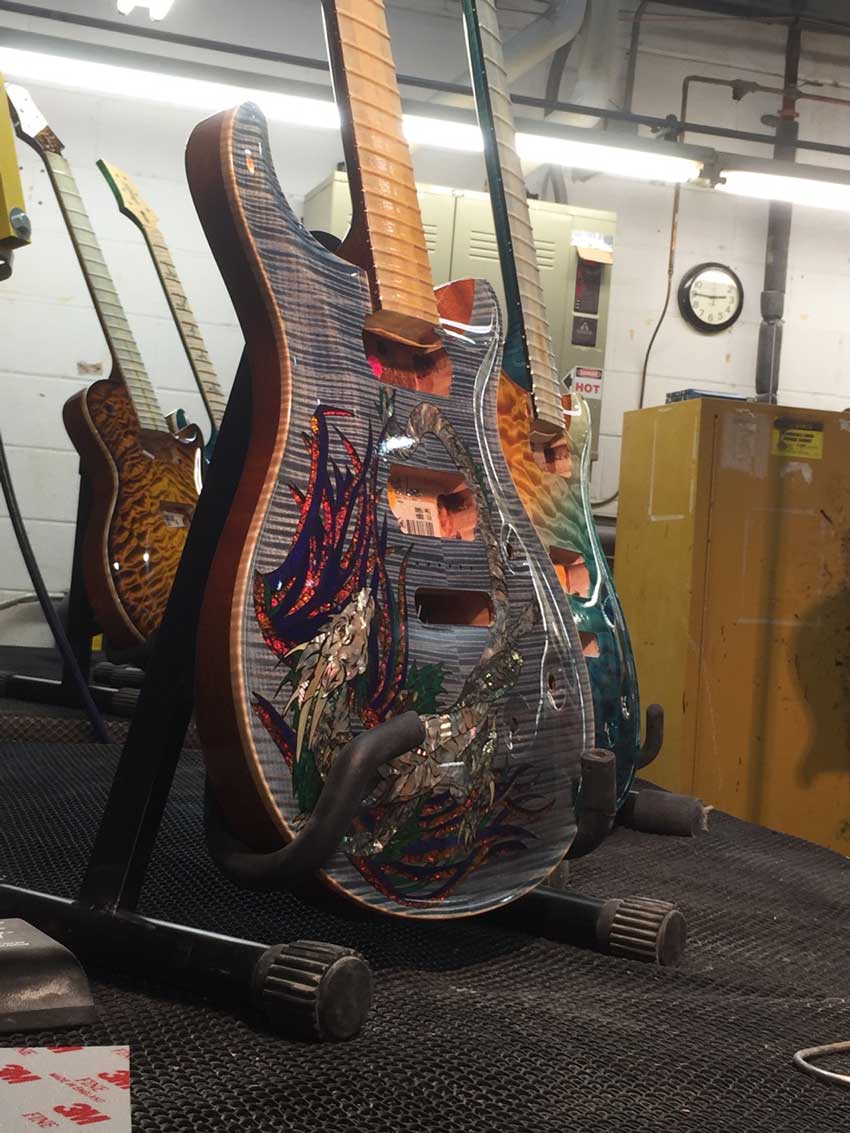 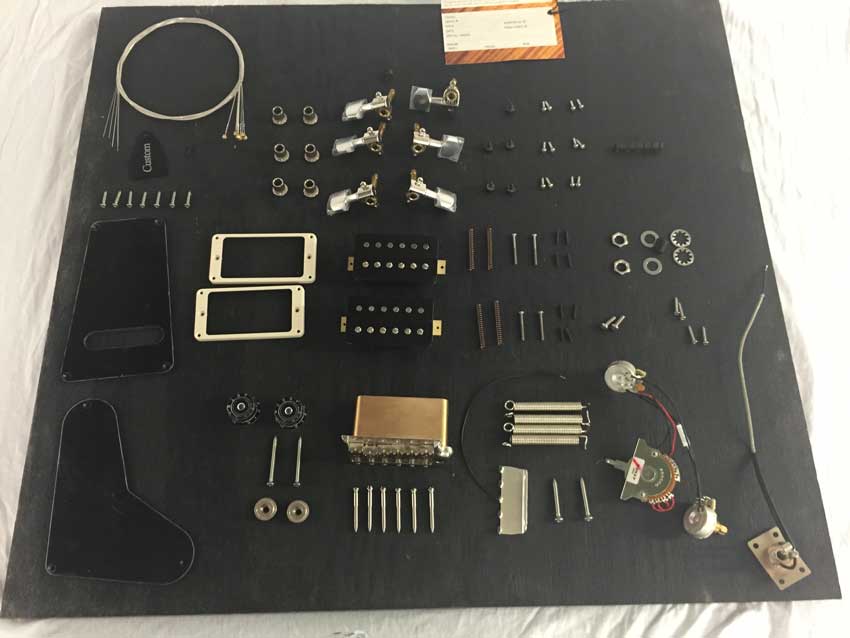 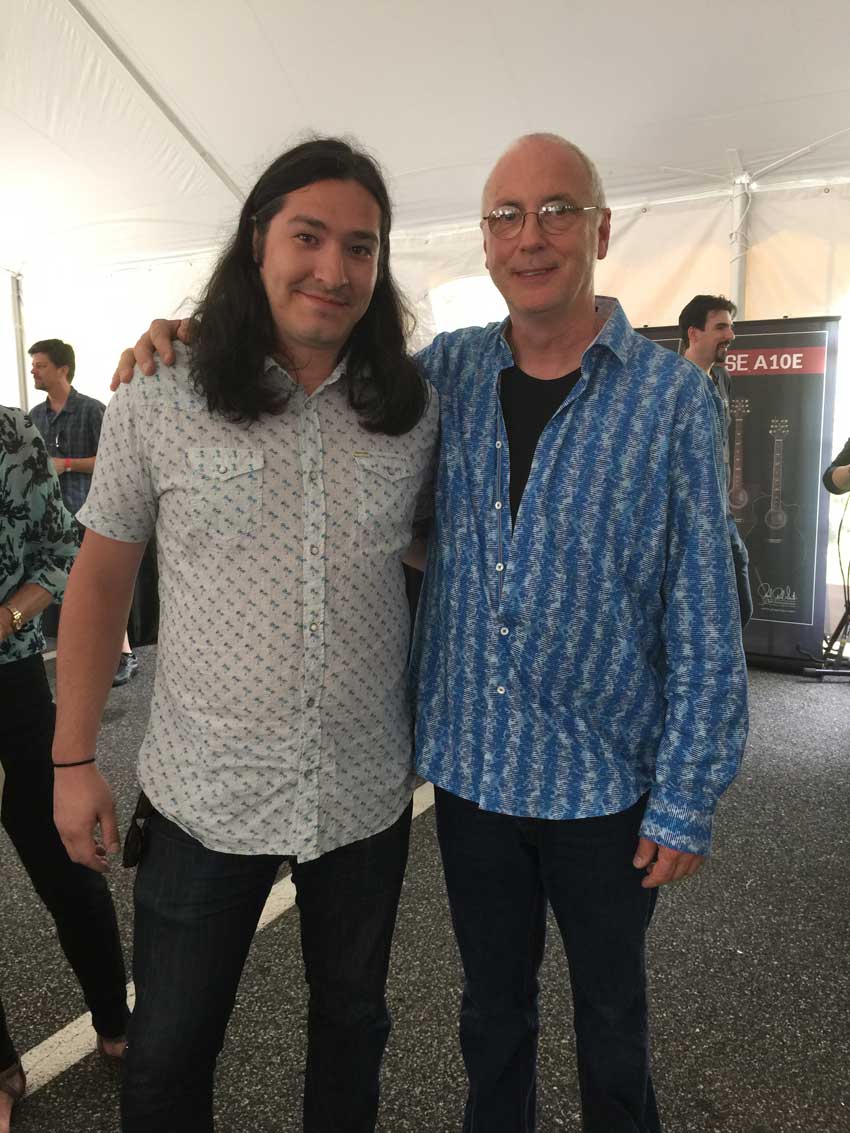 30 years is a long time for anything, but especially long in the musical gear industry — a realm where players (cough, guitarists, cough) tend to be quite wary of new brands or products. The fact that Paul Reed Smith Guitars has not only survived, but has actually become known as one of the top guitar manufacturers in the world really says something about the craftsmanship and tone of these instruments. Since a 30-year milestone only happens once, PRS celebrated with a huge, two-day 30th anniversary celebration in their home state of Maryland on June 5-6, 2015. zZounds was fortunate enough to receive an invitation to the celebration — check out our gallery above and read on for highlights of the weekend.

The weekend started off with a sold-out show at downtown Baltimore’s Ram’s Head Live. First on the bill was the Paul Reed Smith Band, featuring Mr. Paul Reed Smith himself on guitar. The band played a tight set of what they call “Chesapeake Gumbo,” a hearty mix of rock, funk, and blues that definitely captured the audience’s attention. Paul really killed it on his leads, while the incredibly talented Mia Samone soulfully belted out soaring vocals.

After a few songs, the distinguished John McLaughlin joined the band on stage to rip out some blazing leads, which turned out to be quite a treat. Known for his work with Miles Davis, The Tony Williams Lifetime, and his own group Mahavishnu Orchestra, McLaughlin did not disappoint. Also joining the band was Jimmy Herring, lead guitarist for Widespread Panic and headliners of the evening, Aquarium Rescue Unit, trading solos with McLaughlin over the course of a handful of songs. The impressive talent on display could not be overstated and the band definitely left the audience wanting more.

Next on stage was the previously mentioned Aquarium Rescue Unit, playing their own brand of blues/jazz-influenced experimental rock. With a commanding handle on each of their instruments, the band members’ chops were on dramatic display on each song, leaving the audience with jaws dropped with their unreal musicianship. Paul Reed Smith and McLaughlin also joined the band on stage for some songs, capping an already incredible evening. It should be noted that the sound in the venue was incredible for both bands, which is probably due to all the PRS instruments and amps used on stage by nearly every member of each band.

The following afternoon, PRS hosted the second day of their celebration at their factory in Stevensville. Located in an unassuming industrial park, this large factory was swarmed with PRS lovers of all stripes. Attendees were treated to new product demos outside, while inside the factory, anyone could wander around the different areas of the facility at their own pace, or with the help of a tour guide. From plain wood blocks to the finished product, every one of the attendees gained a greater appreciation for the work that goes into making a PRS guitar. While electric guitar manufacturing took up a majority of the floor space in the factory, you could also find the departments responsible for making PRS acoustic guitars and amplifiers, each made with the same care and dedication to quality as their electric guitars..

When shopping for a PRS, or even simply pining over pictures, it’s easy to forget that there are an army of employees that go into manufacturing and distributing these gorgeous instruments. It was an amazing experience to get to know a few of the people behind the scenes that really keep this company going strong. So with that, we want to extend a very sincere “thank you” to Paul Reed Smith and the rest of the staff for the warm welcome into their home. Here’s to another 30 years and more!

The Bad Plus - Suspicious Activity?Atsuko Chiba's Guitar and Bass Rigs