My Morning Jacket – The Waterfall 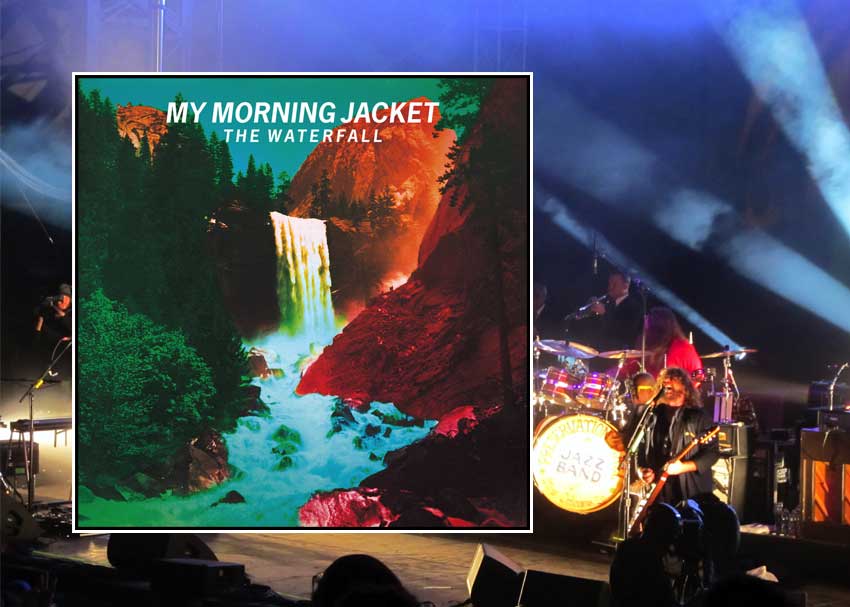 Over the course of a decade-and-a-half, My Morning Jacket has developed its signature blend of alt-country, soul, electronica, and roots rock — a seemingly self-contradictory concoction that has earned them their status as outdoor-festival gods. Their latest album, The Waterfall, runneth over with that classic sound, yet ventures into new sonic territory as well. Nature imagery and soundscapes abound, and the album has a generally brighter disposition than previous efforts like Z or Evil Urges.

Jim James & Co. have also developed a reputation for big, catchy choruses, and The Waterfall doesn’t disappoint. I’m always impressed by how adeptly James wields a buttery-smooth falsetto, and on “Compound Fracture,” it’s used brilliantly over gorgeous synths. But “Big Decisions” is The Waterfall’s undisputed sing-along jam, much in the vein of “Off the Record.” Another one of my favorite tracks, “In Its Infancy,” takes a different approach — there’s a strong prog quality in how it effortlessly switches between grooves. I couldn’t think of a more perfect end for the album than the luscious “Only Memories Remain,” a Muscle Shoals-influenced soul track with haunting organ and of course, that silky smooth voice.

Longtime MMJ fans will surely be pleased with The Waterfall. It’s got enough variety to suit just about any occasion, but probably best accompanies a drive to or from a hiking spot, or blaring from a headlining stage at 2015’s Summer Music Festival Near You.