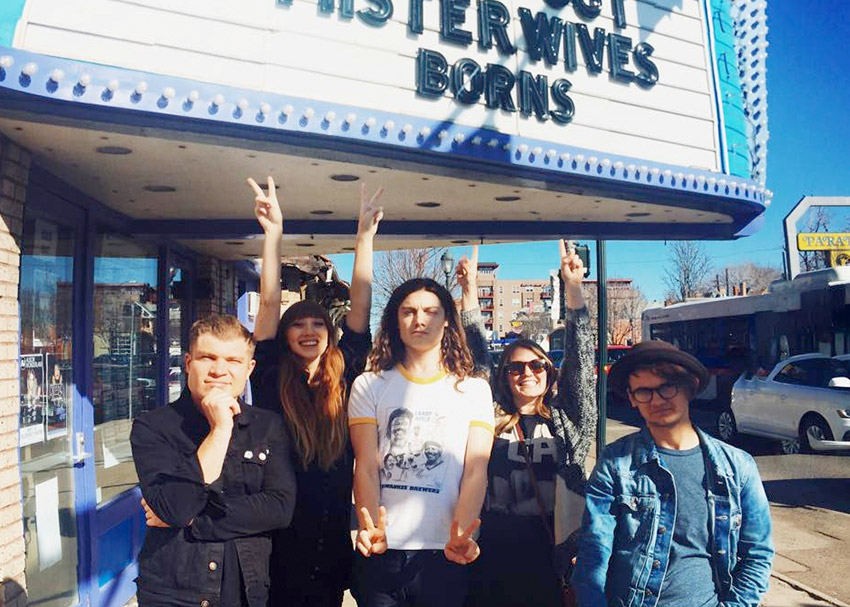 Featuring clever guitar arrangements, atmospheric vocal harmonies, and a penchant for writing incredibly catchy hooks, LA’s BØRNS has quickly established itself as a rising star in the indie-pop scene thanks to the band’s impressive debut EP, Candy.  Lead guitarist Connor Doyle was kind enough to give us the lowdown on his current live rig as well as some desert island gear picks.

zZounds: Tell us a little about your musical past. How did your involvement with BØRNS begin?
Connor Doyle: I’ve been a more or less full-time touring guitarist for about 6-7 years now. I moved to LA when I was 17, went to music school for a bit and have been based in LA ever since. I toured the world and put some records out with my previous band, The Dear Hunter, from 2010-2014. About a year ago BØRNS was putting a live band together and thankfully I got a call to audition. I got the gig and it’s turned out to be one of the craziest years ever with so much excitement still to come. 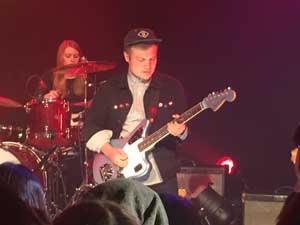 zZ: What guitars do you currently use live?
CD: On this tour I use a Fender ’65 American Reissue Jaguar. I have a Road Worn Strat as a back up but haven’t touched it in a while.

zZ: What amps do you use live?
CD: When we have our own backline I use a Fender Hot Rod Deluxe 1×12″ and when there is a rented backline I usually use a Twin Reverb.

zZ: What is your favorite pedal on your board? Why?
CD: Currently it’s my Strymon El Capistan. It’s the first digital delay I’ve ever owned and it’s changed my idea of what a digital pedal can do — I quickly got rid of all my other delay pedals after using it. It’s set up just like a proper tape echo with the same parameter controls including tape speed, modulation and even a tape age feature. The thing sounds great and I think it’s the closest thing to having an actual [Roland] Space Echo behind you on stage.

zZ: How has your guitar rig evolved over the years?
CD: The biggest change over the past couple years has been switching from small dirty combo amps,like [Marshall] Bluesbreakers, and Voxes to Fender amps. I used to get my dirt from my amps and not pedals; the dirty tone was amazing but it left me having to kinda fake my clean tones. Now I use clean Fender amps almost as a platform for what’s at my feet.

zZ: Your thoughts on vintage vs. new equipment?
CD: I absolutely prefer older guitars, they’re a different breed and different quality and tone. The way the wood tightens up on a guitar over 40 or 50 years makes it literally sing. Also they seem to hold up on the road just as good for me. As for amps, I love using old amps in the studio but it’s too scary to take them on the road, never knowing when they’re gonna explode on stage and ruin everyone’s day. 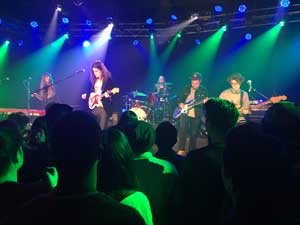 zZ: If you could only choose one guitar, one amp, and one pedal to use for the rest of your life, what would they be?
CD: It would absolutely be my ’62 Jazzmaster, vintage germanium Fuzz Face and a blackface Princeton Reverb.

Catch BØRNS on the road throughout 2015.

May 6, 2015Sergio
7 years ago Artist Interviews