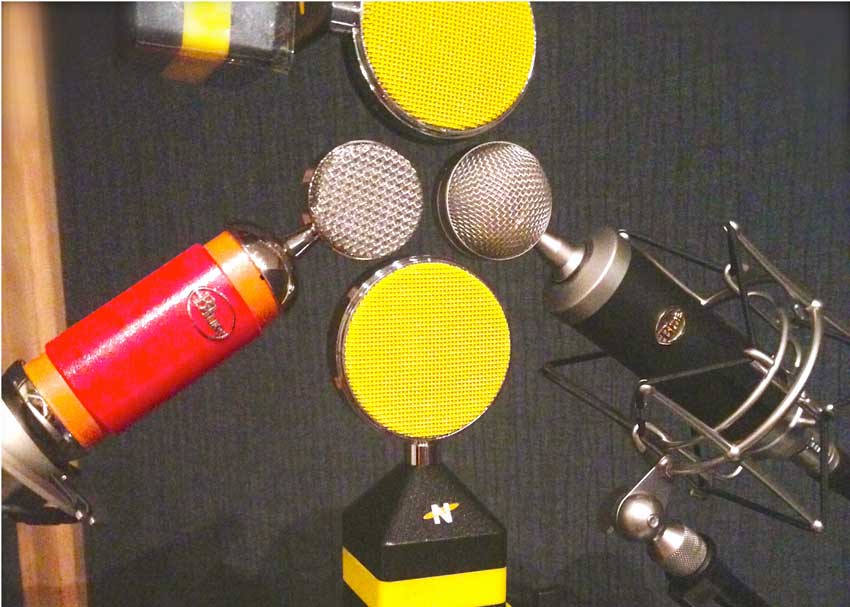 Neat Microphones are brand new this year, and everyone’s curious to see how they stack up against other mics. To help you weigh your options, we’ve made recordings comparing Neat’s new King Bee and Worker Bee with two zZounds customer favorite microphones in the same price range — the Blue Baby Bottle and Blue Spark. The Spark has a feature called “Focus mode” that’s designed to add presence and help vocals and instruments cut through the mix, so to help emphasize differences between these four mics, we recorded our Spark in Focus mode throughout the shootout.

Setting Up the Shootout 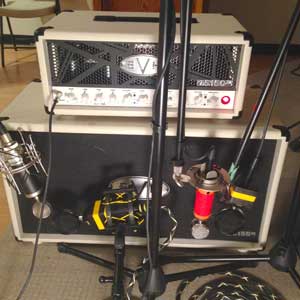 Four different condenser mics on a 5150 cab? That might be overkill.

After miking up the amp, we plugged our 4 microphones into the mic preamps on a Focusrite Scarlett 18i8 interface feeding Pro Tools at 48 kHz/24-bit resolution.

We also shot out the four microphones on female and male sung vocals, as well as male announcer VO. For the sung vocals, we added each microphone’s custom pop filter; for the VO recording, we tried one large metal pop filter in front of all 4 mics spaced as closely as possible. 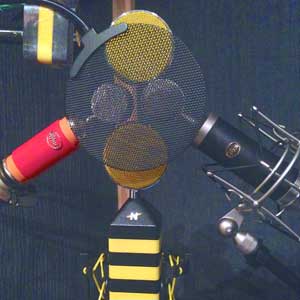 It’s weird to speak into this many microphones at a time. I told our VO talent to imagine he was the President giving a speech.

For each recording, we adjusted the Scarlett’s gain knobs so our levels were roughly even on all four channels. We found that the Worker Bee and Spark required a bit more gain to capture the same levels as the King Bee and Baby Bottle, with the Spark requiring the most gain and the Baby Bottle requiring the least gain.

What You’re Hearing on our Shootout Tracks

May The Best Mic Win!

Here at zZounds, we don’t play favorites — we prefer to let our customers decide! However, here are a few of my personal thoughts… 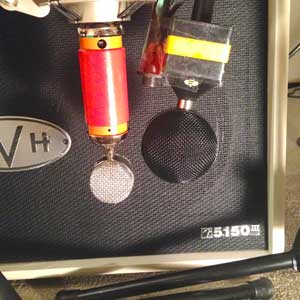 The King Bee was flattering on vocals, especially male vocals. This mic struck me as more “three-dimensional” than the Worker Bee, which made the King Bee particularly well-suited to capturing voices. 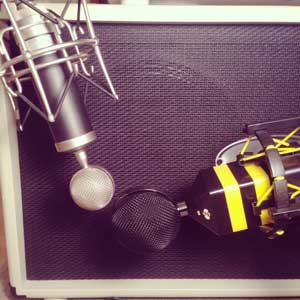 On both guitar amp and vocals, the Blue Spark (which was set in Focus mode) brought out a more sharp-edged sound, with lot of emphasis on the midrange and highs. While this character might make the Spark less of an all-purpose microphone, it certainly has its place — for brightening up a dull-sounding source. The Blue Baby Bottle had a very different character than the Spark — it seemed to capture the most low-frequency energy overall.

What are your thoughts on these microphones? We welcome your comments on our SoundCloud!