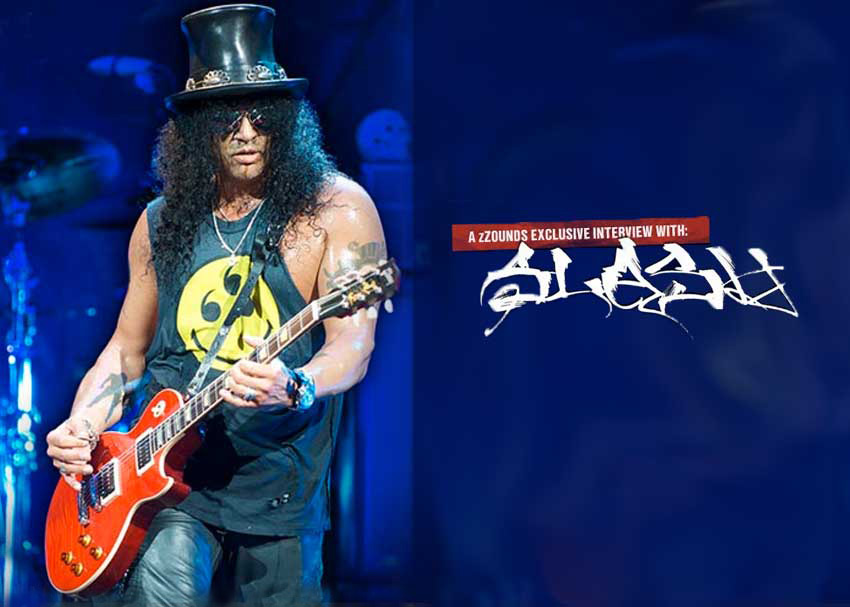 Clad in leather, top hat on his head, cigarette dangling from his mouth — Slash wailed his way into our lives with the legendary Guns N’ Roses decades ago, and has been blazing a smoldering trail of rock ‘n’ roll ever since. His monumental and influential use of the Les Paul returned it to the spotlight as the quintessential rock guitar. His work with Velvet Revolver has influenced a younger generation of musicians to rock.

When Slash isn’t laying down the baddest riffs on the planet, he is deeply involved with the design of guitars and amps that bear his signature, and reflect his singular approach to crafting the perfect tone. zZounds sat down with the legendary axe-slinger and picked his brain on his influences and techniques — and we were surprised by some of the answers we got.