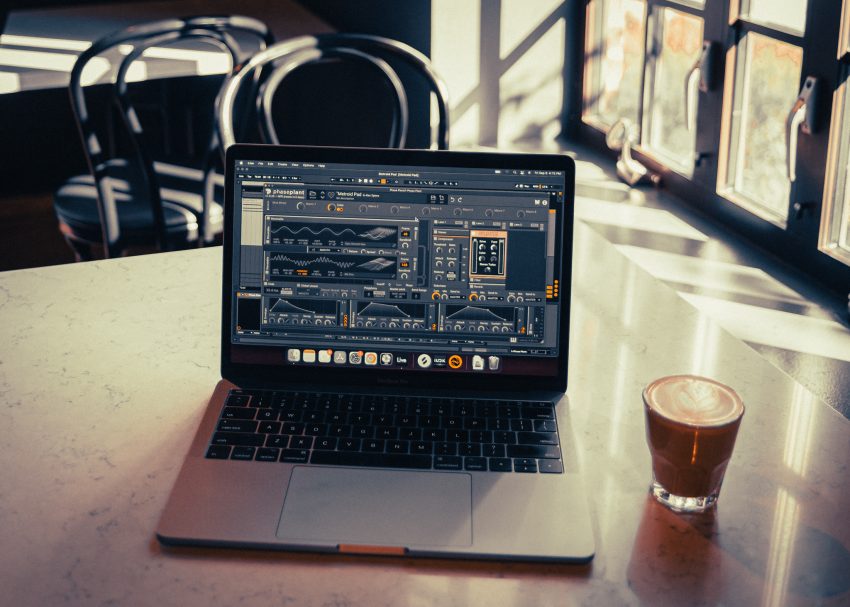 Let’s get back to the basics! Building an ambient pad is an ideal application of software synthesis and what better platform to explore this medium than Phase Plant? This top-of-the-line software synth from Kilohearts does just about anything you can imagine and more. Whether you are looking for traditional subtractive synths, a robust wavetable engine, sample manipulation, or an intensely powerful effects unit, Phase Plant has you covered.

I wanted to create a patch that would highlight some of my favorite features in Phase Plant, namely its near limitless modulation matrix, ability to process parallel effects chains in the plug-in, and its inspiring wavetable selections. An ambient pad usually has a few cornerstones that make it interesting: constant change/movement in timbres, long and lush reverb tails, and unpredictable changes over time.

Before I begin explaining how these textures and attributes were achieved, let’s take a listen to the patch:

This patch features a few notable characteristics that help to make it variable, complex, and sit well in a mix. Let’s identify a few of the most important features of this patch and focus on how they were created. (Note: FULL patch notes are included at the end of this article for anyone interested in recreating this patch.)

Well, that could be deceptive, considering the complexity of this patch. While there are only two sound sources in this patch, both are wavetables. This means there is a ton of timbral flexibility built into the sound source. One way to create a thick pad sound is by using a lot of oscillators. While you can certainly make an incredibly rich sound doing this, I find that using wavetables both simplifies your patch building and creates a sound that is much easier to fit into a mix simply because it is easier to tweak. Luckily, Phase Plant is great at handling wavetables, letting you use one of their well curated preset wavetables or allowing you to upload any sound file to make your own custom wavetables! Wavetables also offer special advantages over traditional VCOs, like being able to use an LFO to sweep the wavetable position for an intricately mobile tone.

The specific wavetables I used are included with Phase Plant: the Sync Smooth Sine and the AM Sine. I chose these wavetables for their textural smoothness. This allowed me to make larger wavetable position changes without drastically altering the tone to a distracting point.

In Phase Plant, assigning modulation points is incredibly simple. When hovering over any module, a plus sign will appear in the bottom right hand corner. Simply click that plus sign and you will see all the possible modulation points available to you in that module. Click what point you want to use as your modulator, then you will see all the points in your whole patch that the modulator can be assigned to! Click what control you want to modulate and drag up and down to set the modulation amount. This modulation system is very simple and extremely user friendly.

I set two different LFOs with different rates to modulate the wavetable position on the different wavetables. This leads to the tables’ combined positions almost never ending up in the same position combination twice and certainly not with any regularity. This type of ever-changing timbre is crucial to creating an interesting ambient pad. These LFOs, combined with tons of other LFOs and envelopes, helped to add movement and interest to these two simple sound sources.

We already touched on one facet of unpredictability in this patch, but let’s take a look at a few other ways this patch creates interest and a unique experience over time.

Phase Plant has a few of your run-of-the-mill tricks in its mod matrix that are great for creating unpredictable movements, particularly using multiple LFOs set at different rates to control different parameters, like the rate or depth of another LFO!

One nice addition in Phase Plant, though, is the Random Module which also lives in the modulation section. This allows you to choose from a few different random patterns and have THESE values affect different parameters for truly unique moments. In this patch, I used a Random module to control a gain module in my second effects lane (which can occasionally lead to some stutters or swells of affected signal) and also to affect the filter cutoff in that same effect chain. This ensured that the second effects lane became more of a momentary flourish that would just come out of nowhere!

This facet is subtle but important: adding grit to a sound can add interesting upper harmonic content that is both textural and useful in cutting through a mix. This patch features an instance of Faturator on the second effects lane. Faturator is a Kilohearts saturation plug-in that is both a standalone plug-in and an internal effect in Phase Plant. This instance simply adds grit to one of the parallel effects lanes, allowing me to mix in as much compressed, saturated tone as I need without fully wetting the signal. These parallel effects lanes are one of the greatest features in Phase Plant, allowing users to get creative with routing and tonal shaping.

Another instance of output gain staging is the master bus with one instance of iZotope’s Ozone, an all-in-one mastering program that always lives on my master bus. Ozone’s “maximizer” module is becoming an industry staple limiter, with smooth soft clipping that always leads to pleasurable saturation. This combined with some gritty compression from the “vintage compressor” module results in a pleasing finished result!

This patch also features gain staging in two effects sends, one being a bitcrusher (Kilohearts “Bitcrush” found in the Toolbox Ultimate Bundle) and one being a reverb send that ALSO has a bitcrusher. Bitcrushers are great at introducing really interesting harmonic content but can get overbearing quickly. By placing these gain stages on effects sends, it allows the original content of the patch to be clear in the mix while still adding some subtle crispness.

Adding a bitcrusher after a reverb on a reverb send is an undervalued secret weapon, allowing the reverb tail to bloom with added saturation that changes over time while minimizing the apparent crushed effect. In this instance, the reverb is Valhalla Shimmer, an ambient, octave-up reverb. This reverb send blooms over time, really changing the overall feel of the patch the longer the pad is held.

Phase Plant is a powerful tool for all your soft synth needs, but I feel it is especially strong at creating ultra complex patches. This synth patch barely scratches the surface of this platform’s possibilities. The only limit is your CPU!

For anyone interested in recreating this patch, you can find patch notes below.

zZounds Live: Travel Through Time and Space with the Boss RE-202 Space Echo