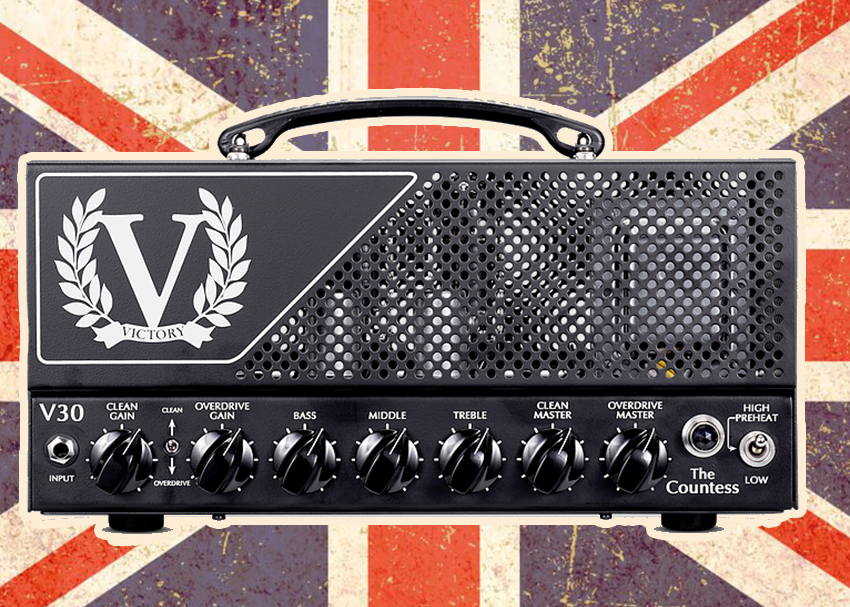 If you’re a guitarist, you know how important it is to pair the right amp with the right guitar, and the time it takes to find the right combination. While there are many guitar/amp pairings that are legendary in many ways, for rock guitarists, there’s one iconic pairing that has stood above many, if not all others.

Of course, we’re referring to the classic Gibson/Marshall combination. This combination defines the sound of rock guitarists from bands like AC/DC, Guns N’ Roses, and countless others. But what if there was a new combination that paid homage to rock’s classic combo?

In this post, we’ll be exploring the Victory Countess V30 MKII as a viable and exciting alternative to the Marshall DSL 40C. I’ll be using a classic 2013 Gibson Les Paul Studio reissue, loaded with two Seymour Duncan Alnico 2 pickups to explore this alternative option.

The Countess was designed in collaboration with Guthrie Govan, who wanted an amp he could take on a plane with him to overseas gigs. This amp features a 3-channel EQ and a foot-switchable “Nomad” setting. Handmade in the UK, this amp is inspired by classic British tone and character.

So if you’re fan of that classic Marshall/Les Paul pairing, why look to move this pairing to the Countess? The best way to answer that question is to not ask which is better, but to ask, which amp + Les Paul combo delivers everything we have loved about the classic Gibson/Marshall combination and more?

The best way to describe the Countess is that it’s the perfect combination of British gain with American cleans and everything in between. Right away, you get the best of both worlds. The cleans are crystal-clear and very FX-friendly. When pushed, they give you just enough edge to come just shy of a crunch tone. This is perfect for those players that like to push tone with an overdrive pedal. While you get similar clean tones with the DSL 40C, the Countess has the edge with the tone pushing. The Alnico 2 pickups in the Les Paul Classic, while reserved in attack, are very responsive when pushed, no matter the tone!

Midrange tones are where the Les Paul Studio and Countess really shine. Both the LP and Countess are incredibly responsive to tone dialing. The DSL 40C is designed to give you a designated crunch channel, as is the Countess. The thing that separates them is their responsiveness when dialing the tone. In my opinion, the Countess just blends the tones better than the DSL 40C can, getting a broader scope of midrange tones from all three channels. It’s important to mention the clarity that you get with the midrange tones no matter how you’re pushing them.

When comparing the overdrive channels, this is where the Countess pays homage to Marshall amps. The overdrive of the of the DSL 40C pushed with the Alnico 2 pickups really gives you a gritty, ’80s Sunset Strip sound. When pushing the overdrive through the Countess you get all of that with a modern touch. Versatility is key with a lot of modern amps, and with the Countess overdrive’s very responsive EQ, you can get old-school gritty with new-school groove and everything in between.

To put the cherry on top, the Countess comes with a Nomad setting. This setting is meant to tighten bass response when playing with lower tones. The Les Paul Studio has very smooth, clear, articulate low end. When in use with the Nomad switch, low-end playing could not be smoother.

At the end of the day, nothing can replace the classic Les Paul/Marshall combination. The Countess, however, offers a fresh alternative for those looking to get more out of that iconic sound. It’s great for rock guitarists looking to bring a timeless sound into a new era.