Bustin’ Out the Korg Volca Keys 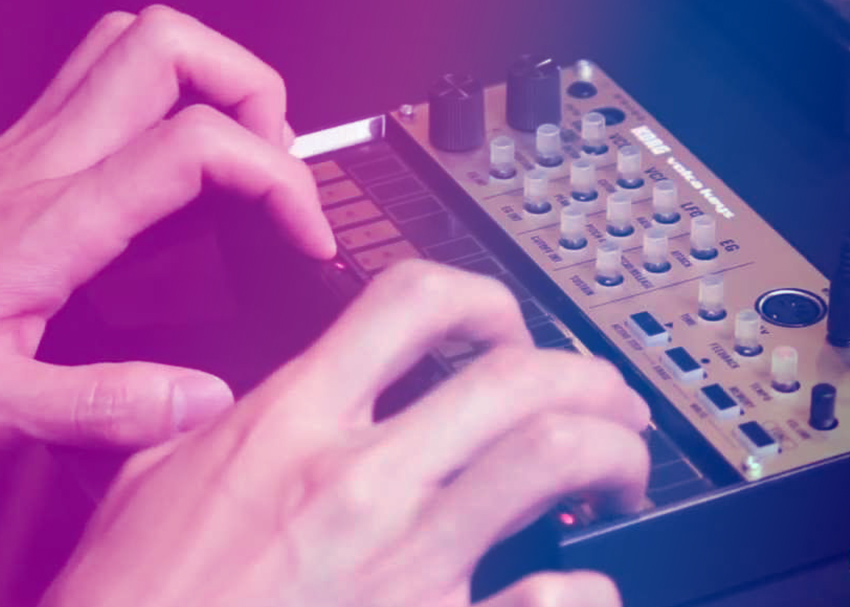 The Volca Keys was one of the first synths released in Korg’s Volca series in 2013, and it’s also one of the most versatile. The Volca series offers a few options for monophonic sounds and drums/rhythm, but the Volca Keys is the only polyphonic, analog synth in the lineup (at the time of this writing).

When set to “Poly” mode, the Volca Keys lets you play 3 notes at a time. You also get several other modes with the Volca Keys, including Unison, Octave, and Fifth, plus ring-modulated versions of the Poly and Unison modes for ringing, metallic tones.

Although the Volca Bass is more versatile than the Volca Keys as a monosynth (one voice), the Unison mode of the Keys is more than adequate for thick bass lines and leads, thanks to a “detune” knob that creates a chorus effect by slightly detuning the oscillators. The onboard filter has a very “Korg” sound (harmonic-rich, with some grit), which goes a long way toward giving this mini-synth tonal character and bite. While the individual Volcas are not as versatile as a top-of-the-line vintage or modern synthesizer, they are not merely toys — within the range of what it can do, the Volca Keys is surprisingly usable as a synthesizer for home and studio recording, and even for live performance. It has a MIDI IN jack that allows you to play it using an external controller, or with the MIDI output from your computer/interface. That means you can sequence notes on your computer and send the data to the Volca Keys, which will convert them into audio via true analog synthesis.

Why is it that when you pick up an analog synth, you immediately start getting cool sounds? Despite the huge range of digital synths available, I find that using a real synthesizer is more satisfying 10 times out of 10. And if you’re worried about being limited to what you can physically play instead of programming all your synth parts, don’t fret! The Volca Keys’ MIDI input makes analog synth sounds as easy to set up and play as a digital synth. Plus, its relatively simple layout (and complete lack of digital menus to search through — thank God), means that it’s pretty easy to get back to a sound if you’ve lost it.

Ready to start learning how to use the Volca Keys? Well you don’t need to! Just pick one up and start playing, and the functions of the knobs become clear very quickly. This easy playability, along with the simple layout and MIDI input, make the Volca Keys a really good option for home recording and for producers who want a straightforward, analog tone generating machine for chords, bass lines, leads, and effects.

To demonstrate how the Volca Keys can fit into your new or existing tracks, I used one to replace the synthesizer parts from the 1980s hit song “Ghostbusters” by Ray Parker Jr. In a matter of a couple hours, I was able to set up the Volca Keys for MIDI input from my DAW, and play and record the parts using an external MIDI keyboard to control the Volca. It didn’t take much time or fiddling to get pretty decent sounds for replacing the synth bass line, the synth chord “stabs,” which sit between each vocal line, and the lead part toward the end of the clip which doubles the electric guitar lead.

Check out the clip below. The synth parts have been turned up in the mix so you can hear what the Volca Keys sounds like in action.