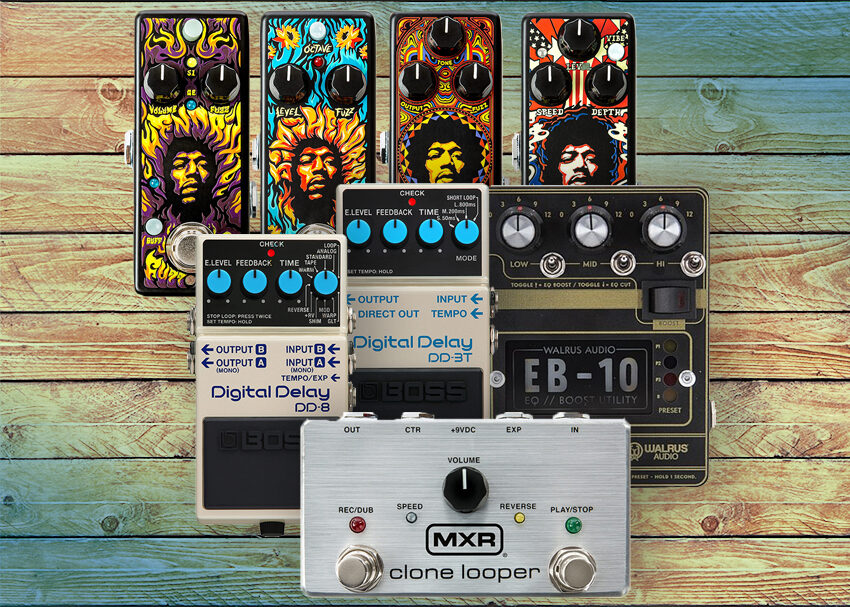 September has been a busy month for pedal heads, with new releases from MXR, Walrus Audio, Boss and Dunlop building buzz among guitarists. Let’s take a look at what’s new!

Boss is expanding on its storied history in digital delay with two new pedals, one that reinterprets a classic and one that pushes the format forward.

The DD-3T updates the iconic DD-3, a workhorse pedal that has been in production for over 30 years, with a new layout for easier operation and much-requested on-board tap tempo control. The DD-8 takes the distinction of Boss’ most feature-rich compact digital delay. With an array of delay types including tape, reverse, shimmer and warp, there’s something for everyone in the DD-8. Full stereo I/O with panning, and on-board tap tempo and looping give you a lot of features for your buck.

The EB-10 is a tonal sculpting utility from Walrus that’s great for maintaining consistent tone and volume between guitars, adding a boost for solos, or just shaping your tone to your taste.

With comprehensive, flexible controls and three presets, there are a lot of tones to unlock on the EB-10 and it’s easy to save and recall them on stage.

The Clone Looper’s Spartan looks hide quite a wide feature set within. First and foremost, its storage sample rate of up to 88.2 kHz means you’ll enjoy pristine clarity when building loops, even if you’re layering high-gain guitar parts. Selectable buffered- and true-bypass switching makes it a great fit on any board.

But on to the looping functions! MXR’s Clone Looper lets you play back your loops at double or half speed, in reverse and as one-shot loops, similar to how a DJ uses samples. Thoughtful features like a flashing four-count to help lead you into laying down tracks and additional jacks for an expression pedal or tap tempo control make this a great first looper that’s powerful enough for pros, too.

While Dunlop has recreated the legendary Fuzz Faces used by Jimi Hendrix over his career before, this latest series offers those tones in the smallest footprints yet.

The lineup includes the classic Fuzz Face, this time with a switch to go from Hendrix’s early germanium tone to his later silicon tone, as well as a switchable buffered or true bypass switching. The Band of Gypsys Fuzz captures the biting, aggressive tone of the elusive red Fuzz Face Hendrix used in his final years. The Octavio is based on a classic Fuzz pedal that adds, you guessed it, an upper octave. You’ve heard it used on “Purple Haze.” The Uni-Vibe recreates the Shin-ei original combining chorus-like warble with tremolo.