How Does Drum Size Affect Tone? 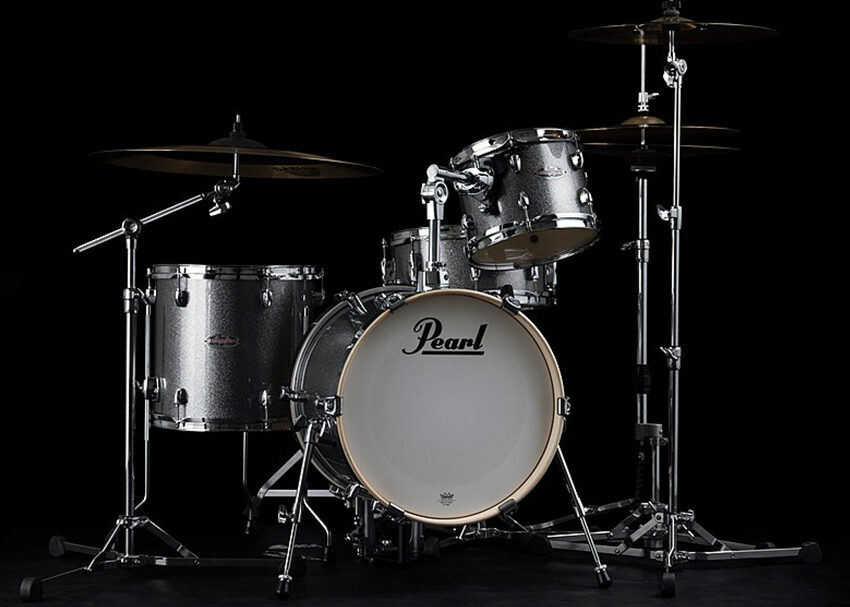 Drummers, like all musicians, have certain preferences on what they play. Some drummers like bigger drums, some like smaller drums. Do you prefer deep or shallow shells? Maybe you don’t care at all, and that’s okay too. Below you’ll find the unbiased disclosure on how drum size might factor into your overall sonic signature.

The diameter of the drum is measured from the outside of the shell. What this really determines is the frequency range the drum can be tuned to. You can’t really tune a 12-inch tom to sound like a kick drum and vice versa. This can all be chalked up to the physics of the energy created from your stick attack, and how size impacts speed. The larger something is, the slower it moves, and the lower the pitch can be. Put simply, smaller drums will be able to have a higher overall pitch than lower drums.

The depth of the drum can affect several elements of its overall response. A shorter drum has less space inside for air to move around, and it also sends the air to the resonant head more quickly since it’s traveling a shorter distance.

Longer drums (which are not nearly as common as they were in the ’80s and ’90s) have a lot of space for air to bounce around and reflect. When the air inside the drum has more space to move, and the drum has a larger surface area, it makes it easier for the drum to have long, resonant tones. This will still impact the sound of your toms if you don’t have a resonant head (like some kits from the ’70s). Since the drum itself vibrates when you hit it, a longer drum will still resonate for a longer period.

The drumming world is pretty torn in regards to overall kit size. In the past, it was very easy to follow the trend of drum kits coming with larger and larger drums, all the way into the ’90s, and then we started to see drums adjust back down to sizes more commonly seen in the ’60s and early ’70s.

Smaller kits tend to be a lot punchier sounding, and due to having comparatively little surface material, they take much less energy to play loudly. Since it takes less energy to reach a higher volume, you can play dynamically more effectively. Their smaller size also tends to make them generally more affordable.

Just like cymbal, stick, and drumhead preferences, there isn’t really a right or wrong answer. Personally, I play a 1964 Ludwig kit. It has a 20” kick, a 13” tom, a 16” floor tom, and a 14” snare. All of the drums (except for the floor tom) are pretty short and punchy and get the job done for me. Your mileage may vary.