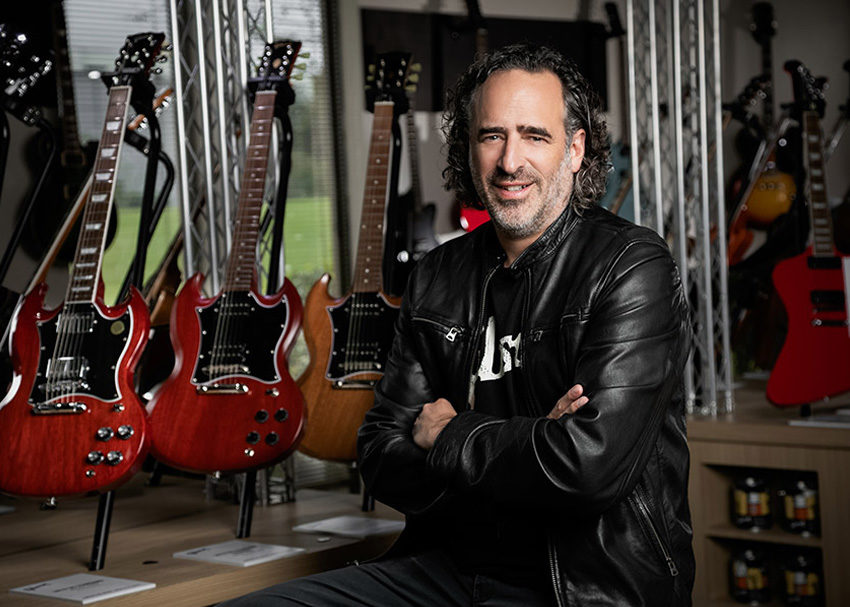 This new team will start the process of revitalizing a company that filed for bankruptcy this spring, brought on in large part by acquisitions of multiple consumer audio brands that brought on excessive debt. They’ll start in official capacity on Nov. 1, the same day that the balance sheets are cleared as Gibson officially emerges from bankruptcy. In statements given by Gibson both before filing bankruptcy, and afterwards by its new executive team, the focus for the future involves an immediate re-focus on their core line of products, namely guitars and basses.

“As a business leader and a brand builder, this is the beginning of a new era for Gibson that will build on its proven heritage and iconic status,” Curleigh said in the press release.

At Levi’s, Curleigh oversaw strategic shifts to re-invigorate the American brand and its portfolio. Gibson’s official press release states “He has a proven track record from Levi’s of finding ways to leverage heritage and create modern solutions.” These are qualities the historic guitar company surely values as they look to reinvigorate their brand the way Levi’s has.

Vintage Corner: 1962 Fender Champ-AmpHow to Use a SubKick on Studio Drums