10 Music Gear Brand Names You Should Know How to Say 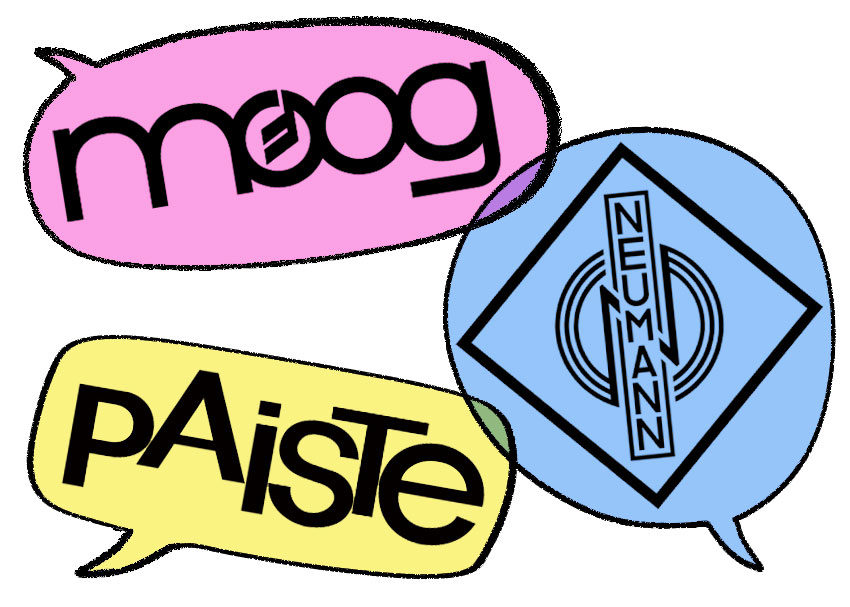 If you’re into making music, you’re probably into talking gear, too. But what’s the proper way to pronounce all those audio gear and musical instrument brand names that you’ve seen so many times? Here at zZounds, we’ve heard them all. Here are 10 commonly mispronounced brand names, and our guide to how to say them correctly.

How to Say Behringer

Behringer products are perennially popular with beginners, and gear like the X32 console has found its way into the hands of seasoned pros as well. But regardless of your experience level, you’ll sound like a total noob if you don’t pronounce “Behringer” as BEAR-in-juhr. The “g” in Behringer is pronounced with a soft g sound, like the “juh” in gym or gentle.

How to Say D’Addario

The name D’Addario looks like it might require five syllables, but it’s actually just four. When you ask for your favorite string brand by name, say “duh-DARE-e-o” and just pretend the apostrophe isn’t there, and you’ll get the pronunciation right.

How to Say Epiphone

With roots reaching back to 1873 and the Ottoman Empire, Epiphone takes its name from early proprietor Epaminondas Stathopoulos’ nickname “Epi,” and the suffix “phone” (from the Greek word for “voice”). The confusion comes in when folks think “Epiphone” is pronounced as “epiphany” — not to be confused with Epifani brand bass amps, which is an Italian family name. Simply say “Epi” as though you were saying the first two syllables of “episode,” followed by “phone.”

How to Say Eventide

You know your Eventide Harmonizer sounds amazing, but how do you pronounce the brand name? Place the emphasis on the first syllable, just as if you’re saying the words “Even tide.” Our friends across the pond in Great Britain sometimes use the short E sound, which is more like an “eh,” where Americans use the long E, which rhymes with “bee.” One thing’s for sure: it’s not “e-VEN-tide.”

How to Say Ibanez

Spelled “Aibanīzu” in its native Japanese, this venerable guitar brand is sometimes mispronounced as if it were the Spanish name Ibáñez. To pronounce Ibanez correctly, put the emphasis on the “I” and simply say I-buh-nez. Now, rocking may commence.

How to Say Moog

When it comes to mispronounced gear brands, Moog seems to bear quite a burden. To honor the memory of the late Dr. Bob Moog, and pronounce his unusual family name correctly, simply remember that “Moog” rhymes with “rogue.” (Indeed, that’s why Moog once released a synth called the Moog Rogue.)

How to Say Neumann

While those of us in the recording world have uttered the name Neumann many a time, studio noobs may mispronounce it as “Newman.” Show some respect for the legacy of founder Georg Neumann, and pronounce the “oi” sound as in “noise” (which is one thing we don’t expect to find in a Neumann microphone.)

How to Say Paiste

Opinions differ on the proper way to say this Swiss-made cymbal brand, but one thing’s for sure: it’s definitely not “Paste.” We prefer to pronounce the first syllable of Paiste like the the word “pie,” with a long I sound.

How to Say Takamine

This guitar manufacturer’s moniker comes from a Japanese family name, and it’s pronounced as four syllables. The “-mine” on the end of Takamine is not pronounced as the English word “mine,” but rather more like “mini.”

How to Say zZounds

Some folks are thrown off by the unusual double-Z spelling of their favorite online retailer of musical instruments and audio gear. Remember, zZounds is pronounced as just one syllable, and it rhymes with “sounds.” The first “z” is silent, so there’s no need to say “Zee Zounds,” “zuh-zounds” or “ZZ Sounds.” Our name may not have the most obvious pronunciation, but we like to think that it makes us unique. And hey — having a tough-to-pronounce name definitely hasn’t hurt Moog!