A Case for the Home Studio Mixer 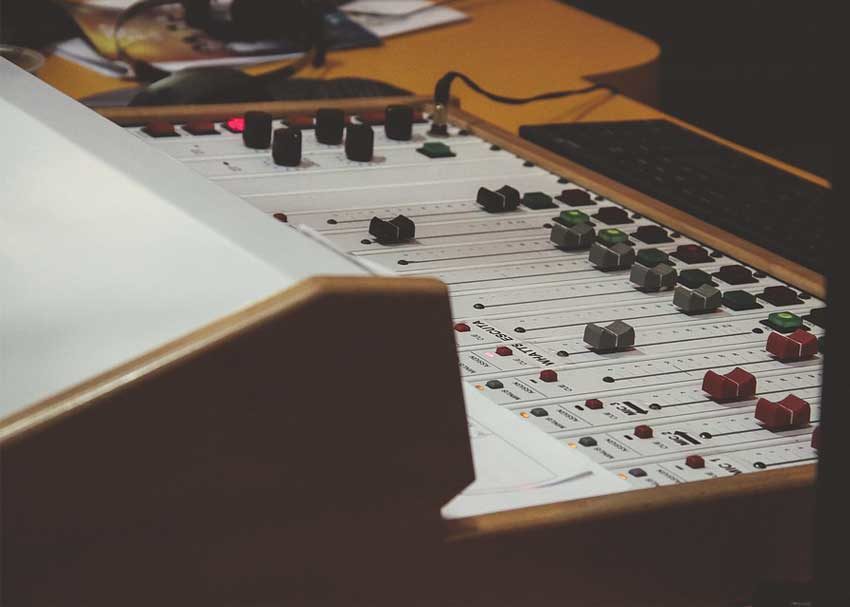 It’s easier than ever to create a great-sounding record in the comfort of your own home, and that’s an incredible thing. More producers are creating hits at younger and younger ages due to the wide accessibility of studio gear, which should make any seasoned musician excited for what’s to come. But one thing that technology has mostly phased out in the home studio is a dedicated mixer console. This is mostly due to the fact that mixers have gone digital, used now to manipulate the 1s and 0s you’ve recorded into Pro Tools or Ableton Live. And the additional cost of a mixer can lead entry-level producers to shy away right from the start and never feel the need to integrate one into their setup. Though many great records have been created without a dedicated mixing console in these modern times, here’s why the case for keeping a mixer in your studio is still alive and well.

One thing missing when using a mixer on your computer screen is the real feel that tactile parameter controls and faders have when mixing a track. To most, this may seem like more of an aesthetic feature based on a producer’s preferences, which in all fairness it is. But there’s a lot to be said for tactile feel. Many great records were benefitted because the feel during mixing changed the record for the better, and engineers and producers have come to prominence on the backs of their console-tweaking abilities.

A great thing about gear these days is that it’s always adapting to new and revolutionary methods. Many producers and engineers now want to use new-age digital mixers in their DAWs or through a plug-in, but with the real feel of a traditional mixer console. Products like the Mackie Control Universal Pro Series, the Behringer X-Touch control surfaces and the PreSonus FaderPort DAW control are tactile surfaces that simulate the feel of a traditional mixer with all the capabilities that mixing in DAW gives you. But these are just that, control surfaces for your DAW. They offer many things like MIDI mapping, digital displays and even motorized faders, but there are other features that nothing but a tried-and-true mixing console can give you in the studio. The Mackie Control Universal Pro 8 is a “mixer-like” control surface for your DAW.

One of the best reasons for taking the plunge into physical mixer territory is zero latency monitoring via the mixer. How many times have you wanted to monitor your DAW directly and you get that “slap-back” like delay on the vocal or instrument signal? This is called latency. There are absolutely ways around this, for example, most modern interfaces include a direct signal path for zero latency monitoring on the box. But this typically prevents you from monitoring anything but the direct signal you’ve plugged into the interface. This means no DAW effects or processing can be monitored on the signal. A physical mixing console is the perfect zero latency machine. Due to its signal path and number of outputs, (main, aux, monitor, etc.) anything that gets recorded into the mixer can be monitored via headphones or in studio monitors if you choose to route it that way. One thing to suggest when attempting to monitor from either main outputs or an aux/headphone output is the addition of a headphone amplifier. This will make headphone levels and mixing a breeze, so no matter how loud that drummer is, you’ll be able to get the perfect decibel level in headphones for your talent. When it comes to writing for a record or rehearsing for the road, complimentary tones and ease of use are paramount. The grind of being in a band or even writing a solo record with studio musicians as accompaniment can get to anyone, so a plug-and-play rehearsal is always welcomed. The physical mixer is the ultimate rehearsal rig because of everything from zero latency monitoring to the fact that mixing for live and recording at the same time can be done each time everyone plugs in or mics up to the mixer. It’s also incredibly important to be able to record multiple instruments simultaneously through the mixer’s additional inputs. For example, a group of five musicians begin to rehearse for an upcoming tour. They plug into their studio mixer by miking up each amplifier, the drum kit and the lead singer.

Additionally, the musicians could DI (or direct input) their instruments into the board using a DI box, then set levels in each others’ headphones and in the DAW and hit record. After a full rehearsal, the band can listen back to each track they practiced and tweak each to their liking. This leads to tightening of their set and possibly additional tracks, riffs or ideas that come from the ability to listen back and live-monitor the entire set each time. Not to mention, they can also use this realtime audio to stream live to fans or other band members out of state. The physical mixing console seems to also be the ultimate future-proof rig.

Although a home studio mixing console is as superfluous as it gets to some, the case can definitely be made for adding one to your studio if you’ve been missing some of the features it can provide.