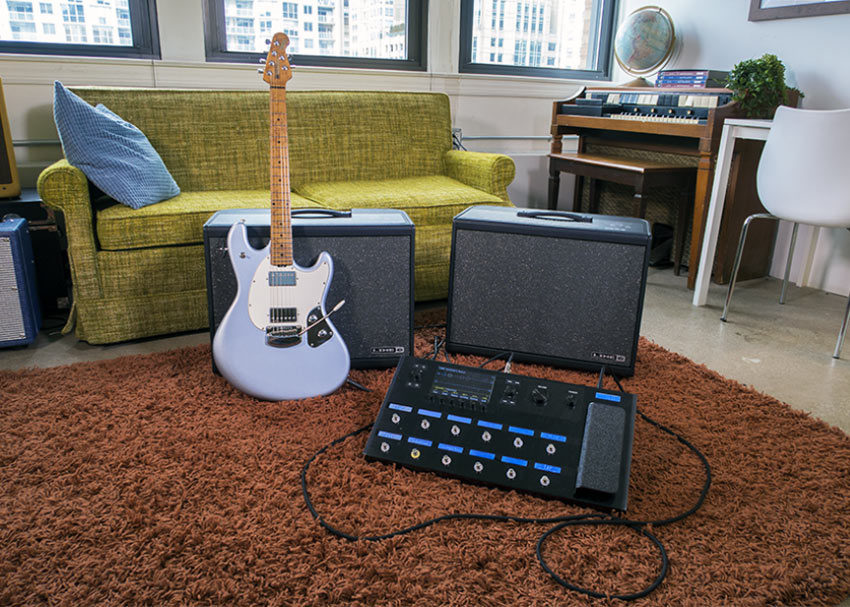 The rise of guitar amp and effects modeling in recent years has been hard to deny. Modeling systems have found their way into the touring rigs of countless progressive bands like Animals As Leaders and Periphery — and have even infiltrated bands long associated with the raw power of tube amps, like Deftones. Line 6 has long been at the forefront of amp and effects modeling, with beloved technology like the DL4, POD, M5 and most recently the Helix and HX Effects in their repertoire. It makes sense that they would be the brand to elevate modeling to its next logical form.

When I first saw the PowerCab 112 and 112 Plus in a dimly lit back room at NAMM 2018, I knew right away they’d be a hit with players already embracing the Helix and other modeling platforms. Plugging your modeler into the FOH system at a venue and playing through the PA isn’t quite the same as feeling the responsiveness of an actual cab behind you. I’ve always felt that to be the inherent problem with amp modeling, but the PowerCab series sets out to change that. At face value, both the PowerCab 112 and 112 Plus are exactly what they sound like — a pair of active 1×12 speaker enclosures. What sets them apart from just sticking a powered monitor behind you is that they’re designed with guitarists in mind, giving you that authentic “amp-in-the-room” playing experience when paired with any modeler. When set to “Flat” mode, you’re simply getting the amplified sound of your modeler presets as they stand, with no coloration. This is very similar to the sound you’d get by going through the FOH sound system, except you’re getting amp-style responsiveness from the stage volume provided by the cab’s 250-watt power amp. This can go a long way for playing feel and sustain, depending on the guitar and presets you’re using.

While the flat response would most likely be enough for most players, Line 6 took it a step further by including six classic speaker models, designed after some of the most iconic cabs and combos on the vintage and modern market. This allows you to further color your tone, beyond the speaker, cab and mic placement choices specifically available on Helix modelers. The PowerCab 112 Plus even gives the option for up to 128 presets for flat response, speaker modeling and third-party impulse responses, as well as MIDI in/out, AES/EBU digital in/out, a USB audio interface for easy recording, and L6 LINK digital connectivity to Line 6 modeling devices. 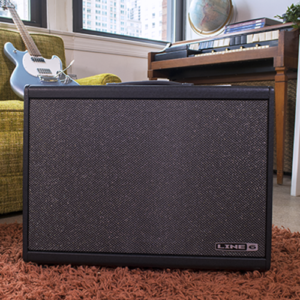 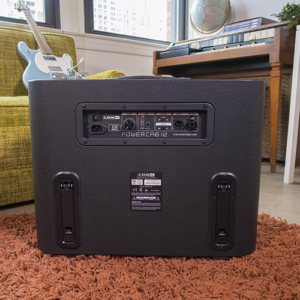 The PowerCab 112 looks, sounds, and responds like a professional guitar amplifier — because that’s essentially what it is. Its looks are reminiscent of classic combo amps, but its curved back and kick-back legs give it a modern feel. In “Flat” mode, the PowerCab 112 delivers a neutral frequency response from 70Hz to 20kHz with plenty of headroom thanks to its 250-watt power amp, giving your modeler presets the perfect platform to shine and sound exactly how you meant them to. The back panel features a simple volume control, a low frequency cut, a ground lift and a selector for choosing between a flat response or the cab’s six speaker models: Vintage, Green, Cream, Jarvis, Bayou and Essex. 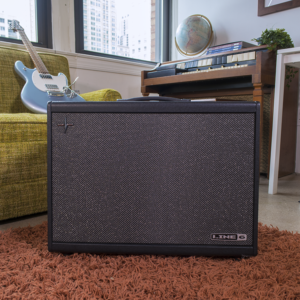 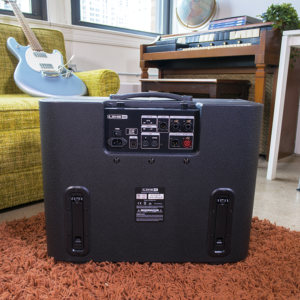 The PowerCab 112 Plus does everything its sibling does and more. In addition to its 250-watt power amp, 12″ custom hybrid coaxial driver and identical curved plywood construction, it offers a digital readout with the option for up to 128 presets. These can be configured as any mode, whether it be flat response, speaker modeling or impulse response. The PowerCab 112 Plus also offers full integration into your existing rig by communicating with your Line 6 modelers via L6 LINK, or anything else you can throw at it with MIDI and AES/EBU digital inputs and outputs. It can also streamline your demo or live set recording processes by offering a built-in USB audio interface. The additional features of the PowerCab 112 Plus make it an ideal choice for players who need in-depth control over every aspect of their sound. Or, you can do like we did here at zZounds HQ and pick up both the 112 and 112 Plus for an amazing stereo rig, harnessing the full potential of Helix’s panning capabilities.