In this edition of Perfect Pairings, we’re introducing the funky 8-string Hagstrom Retroscape bass with the 15″ speaker-loaded Supro Thunderbolt S6420+ for earth-shaking, yet harmonically rich low-end grooves. Check it out in the video above, and learn more about the gear below! 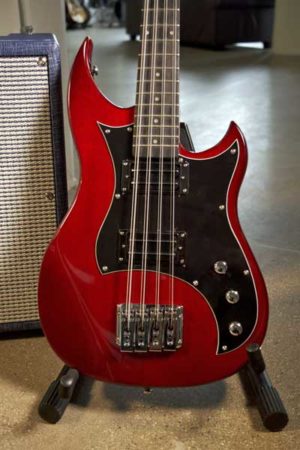 An instrument as unique as the Hagstrom Retroscape H8 is bound to turn some heads when it comes through the door. This was definitely the case when this 8-string monster showed up at zZounds HQ — our Gear Experts have barely been able to keep their hands off it.

First developed in 1967, this 8-string bass was even more shocking in its day, yet drew some pretty noteworthy fans. Noel Redding of the Jimi Hendrix was an early adopter, and it can be heard on “Spanish Castle Magic.” Lemmy Kilmister of Motorhead also took a shining to the H8. It’s no wonder — this thing is a riff machine.

This edition authentically models the original’s short 30.75″ scale, and nails its tone via classically voiced DynaRail humbuckers. The Resinator fretboard lends a smooth playing feel and the cutaways make playing leads on this thing a breeze.

The H8’s doubled set of strings adds thickness and a pleasant upper octave tone to bass notes. We found that it really made the featured riff in this video come alive.

As soon as we picked up the Retroscape H8, we knew the perfect match amp-wise would be the Supro Thunderbolt S6420+. Its 15″ speaker is perfectly suited for bass, but also works great for guitar, which accommodates the extremely wide range of the H8 very well. The combination of the H8’s interesting octave tone and the Supro Thunderbolt’s 15″ speaker make for a seriously unique and effective rig. 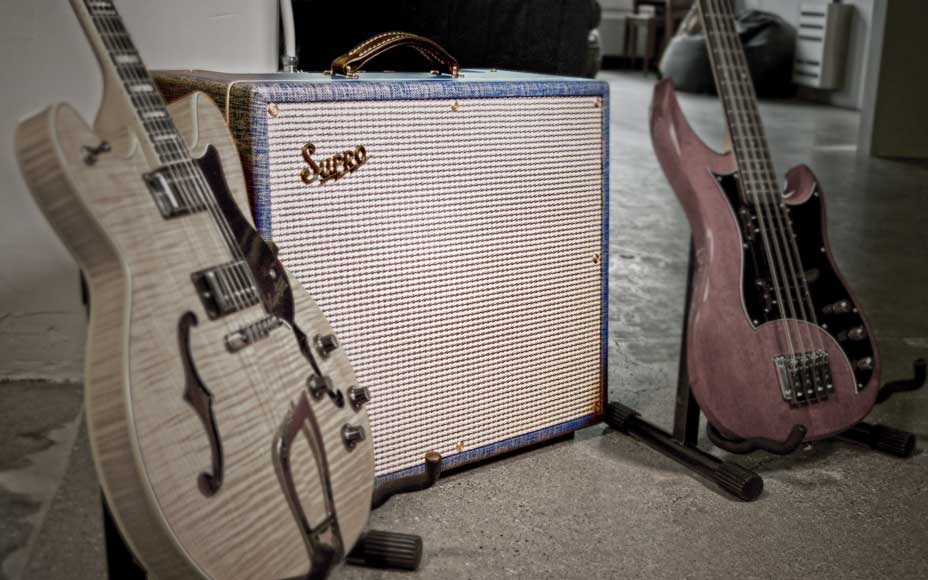 While the Thunderbolt’s Volume and Tone control panel may seem sparse, the controls actually cover a lot of ground, going from warm and dark to fully present. The unique selectable rectifier control lets you choose between 35, 45, and 50 watts, as well as Class A or A/B power and between silicon and tube rectifiers. Then there are both High and Low inputs to grant different gain profiles right from the input. That’s a lot of control!

Other Gear in the Video

Justin plays the solo in the video on another Hagstrom, the Viking Deluxe. Like all Hagstroms with the “Deluxe” title, this classic semi-hollowbody sports a slightly longer 25.5″ scale length than the its standard counterpart, in this case the 24.75″ Viking. This gives the Viking Deluxe a bit more string tension which leads to a different playing feel altogether. The Resinator fretboard is silky smooth and the pair of HJ-50 pickups running through the Thunderbolt were perfectly suited to nail the classic rock tone Justin dialed in for his leads.

When just a bit more gain was called for, Justin stepped on an MXR Micro Amp pedal. This transparent boost gives your signal an added dose of gain and volume to get you heard and add a touch more hair to your tone.