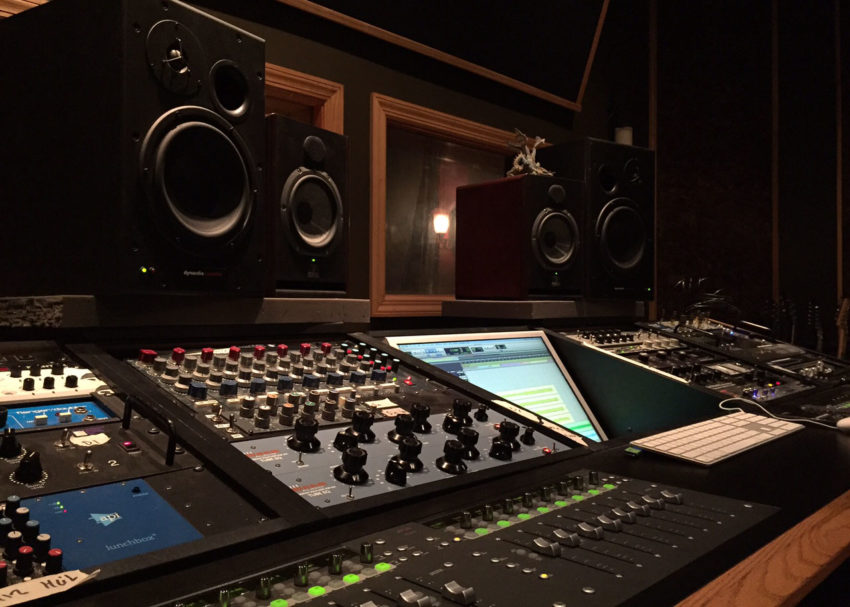 As the only guitarist in a three-piece band, I sometimes struggle with maintaining a full, thick tone. I’ve compensated by adapting my playing style to be a hybrid of rhythm and lead at all times, and choosing my amps, cabs and effects wisely in live settings. When my band hits the studio, it’s a slightly different ball game. With the ability to almost infinitely multi-track, it’s easy to go overboard with crazy guitar layers. Before you know it, you can be left with a recording that’s nearly impossible to replicate live as a lone guitarist. In my opinion, it’s important to maintain a thick rhythm tone that occupies the space that the bass does not and that doesn’t drop out with every “lead” part.

Fresh off of my most recent recording session, here’s my take on how to achieve a thick guitar tone in the studio, that won’t leave much to be desired when you perform your songs live. 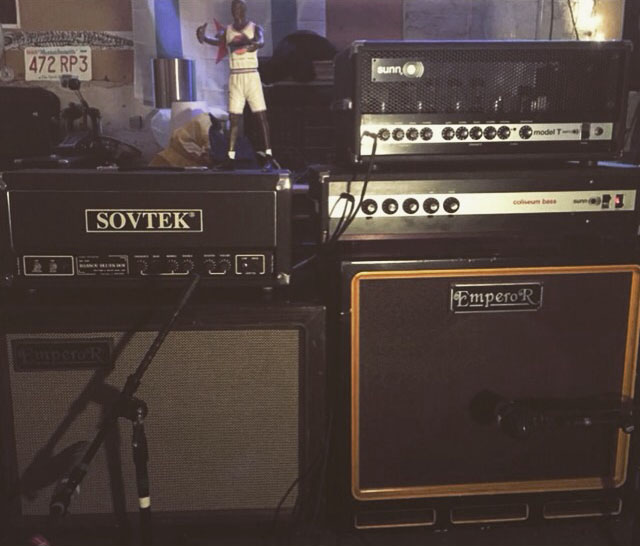 Any time I track guitar on a recording, I always use two-amp setups. I like to run one amp completely clean and another dirty. This instantly thickens your tone, gives you options as to where you send certain effects, and it also gives your recording engineer options when mixing your music. If more clarity is needed in a certain part, they can simply bring up the clean amp in the mix. I generally look to a Bassman-style head through a 4×12 cab for my clean rig and a JCM800 or Sunn Model-T-style head through another 4×12 cab for my dirty rig — but to each their own. 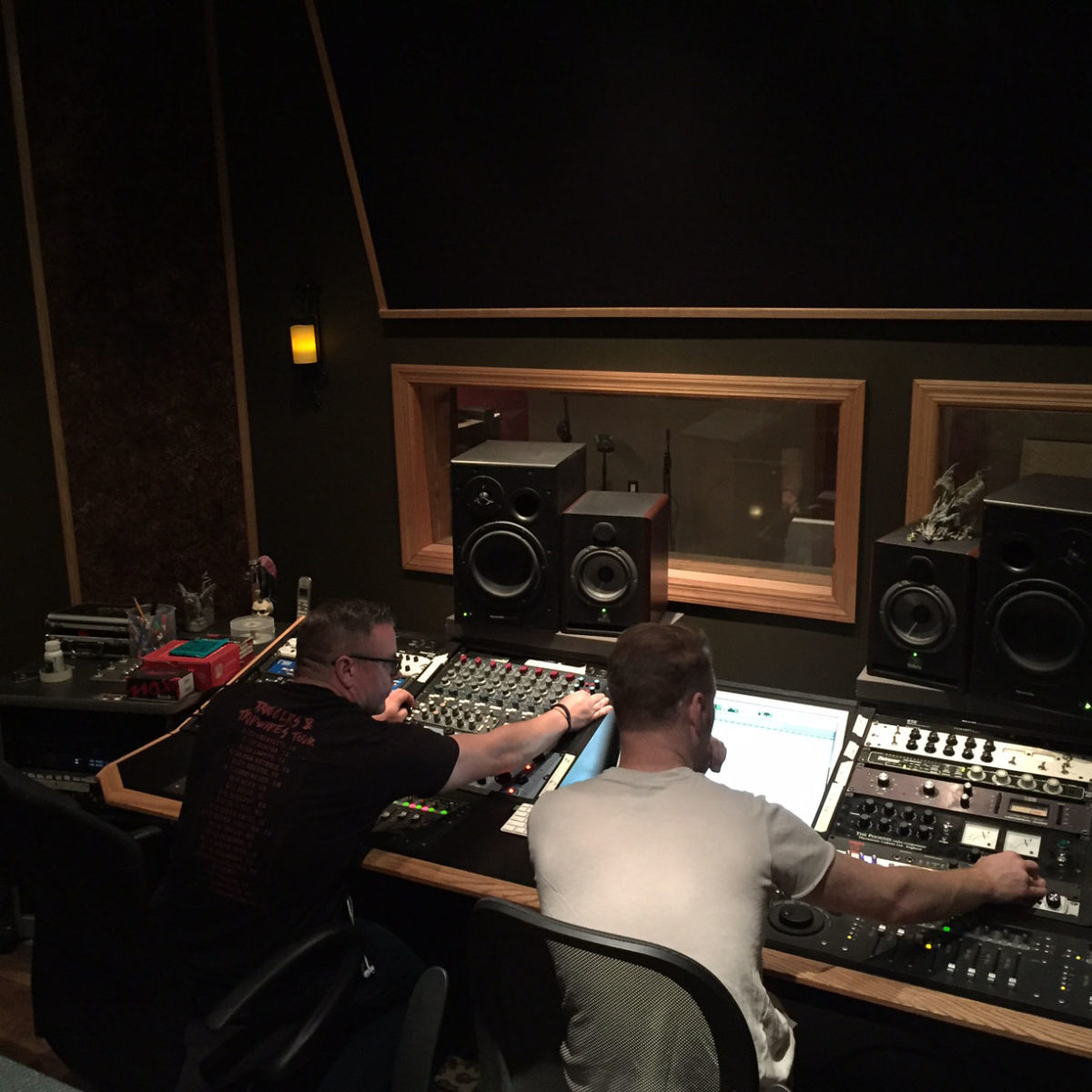 As a rule, I almost always double-track guitar parts. Even if your engineer doesn’t end up using it in the mix, it’s always a good idea to strike while the iron’s hot and grab a double while you’re feeling fresh. A trick I’ve learned from engineers I’ve worked with recently is to either swap out or change the positioning of microphones when you double-track. This helps to slightly differentiate the tone when the tracks are panned left and right, without making it sound like a completely different guitar. The addition of a room mic to your guitar tracking setup can also add a lively element to your sound and really help widen the guitar tone in your recordings. 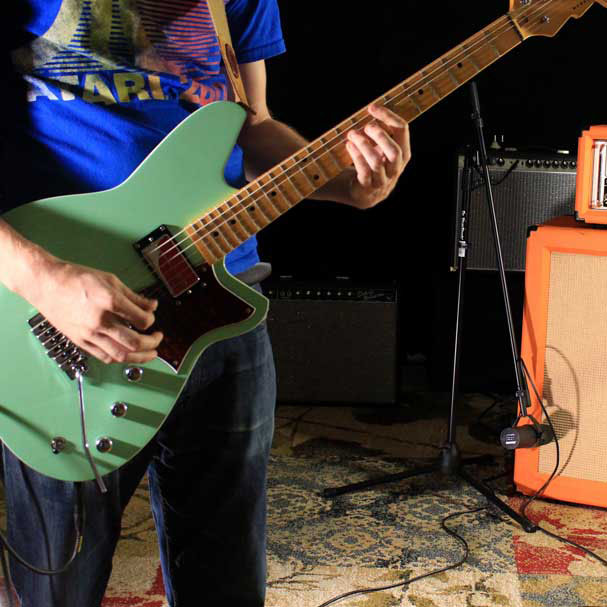 Playing in a three-piece, I personally try to stay as true to my band’s live sound as possible in recordings. I don’t like to add extraneous parts that can’t be replicated live unless a song really calls for it. Like I said before, it can be very easy to go overboard with layering in the studio. It just sounds so good. In my experience, a little bit of strategic layering goes a long way. Obviously you want to lay down your core guitar part first.

Once that’s in the can, I like to listen back and hear what frequencies are lacking. If the part lacks low end that the bass isn’t fully delivering, I’ll track a layer of baritone guitar that mimics either the rhythm guitar part or the bass line. This really helps to thicken things up, especially during driving, riff-oriented sections. If a part lacks high-end and I don’t necessarily want a lead soaring over, I’ll add some ambience by tracking a higher octave of the original guitar part, generally with more wet effect settings that the engineer can wash out in the mix.

Feedback Is Your Friend 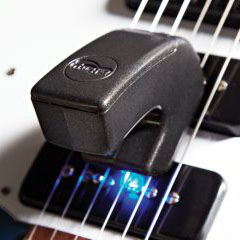 Playing primarily in a fairly heavy band, I may be biased on this one, but I think that allowing feedback to shine through in recordings is a solid move and really helps make your recorded guitar tone sound just as thick as it does in real life. I’m not recommending that you lace your record with abrasive screeching feedback; but musical feedback or oscillation that rings in the key of the part it’s occurring in can add some serious atmosphere to a song.

Some useful tools for adding feedback texture to your guitar tracks are the Digitech FreqOut and the Heet Sound EBow Plus. Sometimes getting good, musical feedback in the studio can be difficult. You have to go stand in the iso booth or live room and amps just don’t always behave like you want them to. The FreqOut takes the guess-work out of it by identifying the harmonic content of whatever chord or note you’re playing and encouraging natural feedback in the correct range. An EBow is a great tool for weaving texture into your guitar tracks, especially when you pair it with some feedback or pedal oscillation. I generally crank up the level and decay on my delays and reverbs, then use an EBow to create a bed of ambience underneath the core guitar part.