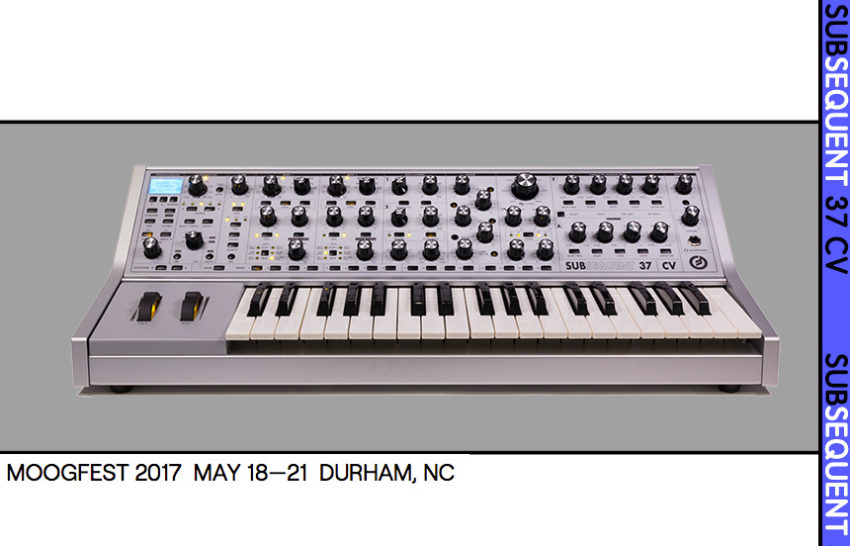 With Moogfest drawing near, rumors of a new creation from Moog have been swirling. Today, we’ve learned about their newest synthesizer: the Moog Subsequent 37 CV. Handcrafted at Moog’s headquarters in Asheville, NC and limited to only 2,000 pieces worldwide, the Subsequent 37 is the result of Moog expanding on the popular Sub 37 Tribute Edition paraphonic analog synthesizer by introducing evolutionary ideas that transform it into a new kind of sonic monster. 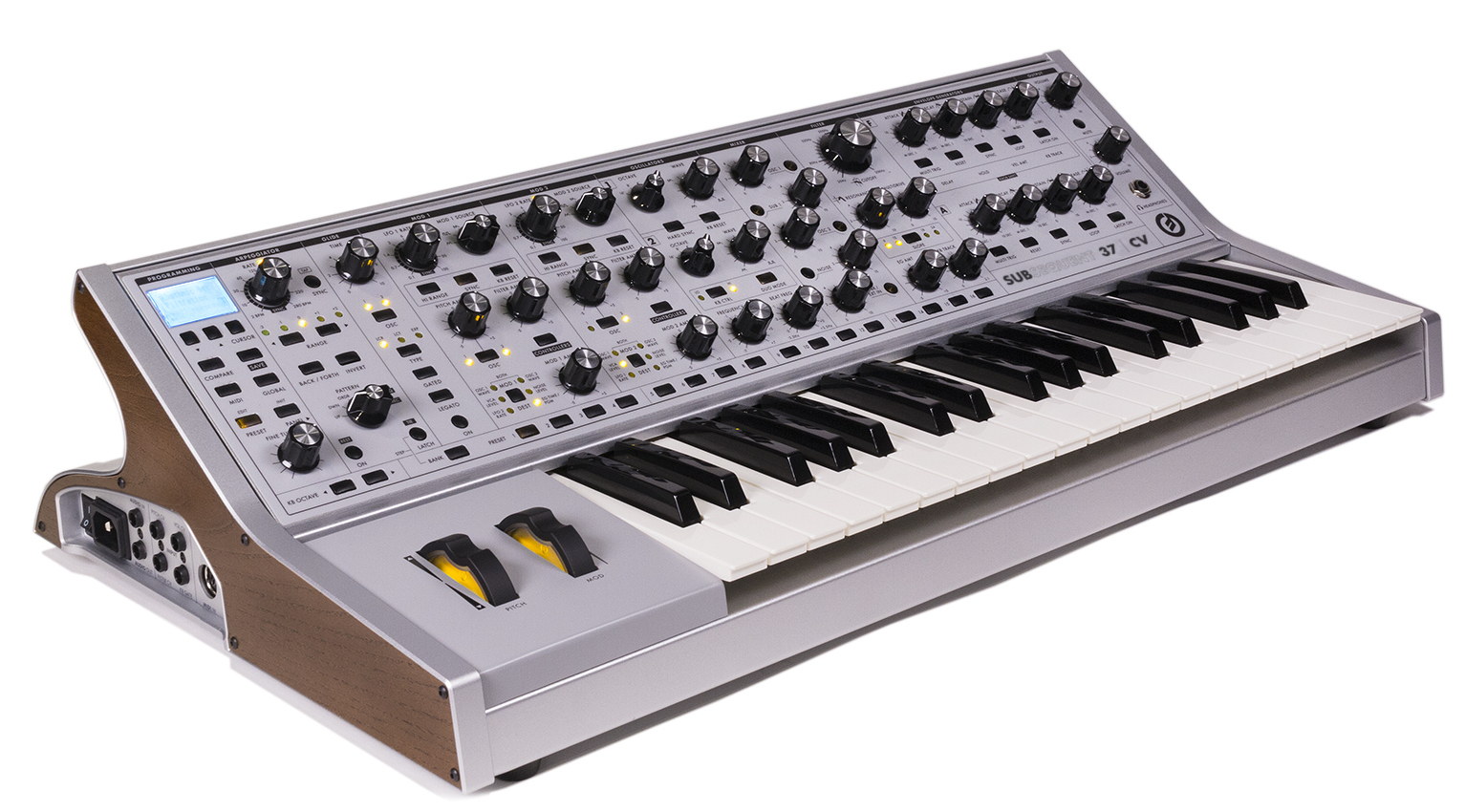 What stayed the same?

All the controls and features found on the Sub 37 Tribute Edition haven’t changed. The Classic Moog Ladder Filter that drove its resonating, drive and filter slopes is still here in the Subsequent 37. The functionality of the 37-note velocity-sensitive keyboard with aftertouch hasn’t changed either. Expect the same DAHDSR envelopes and 2 modulation busses as well. 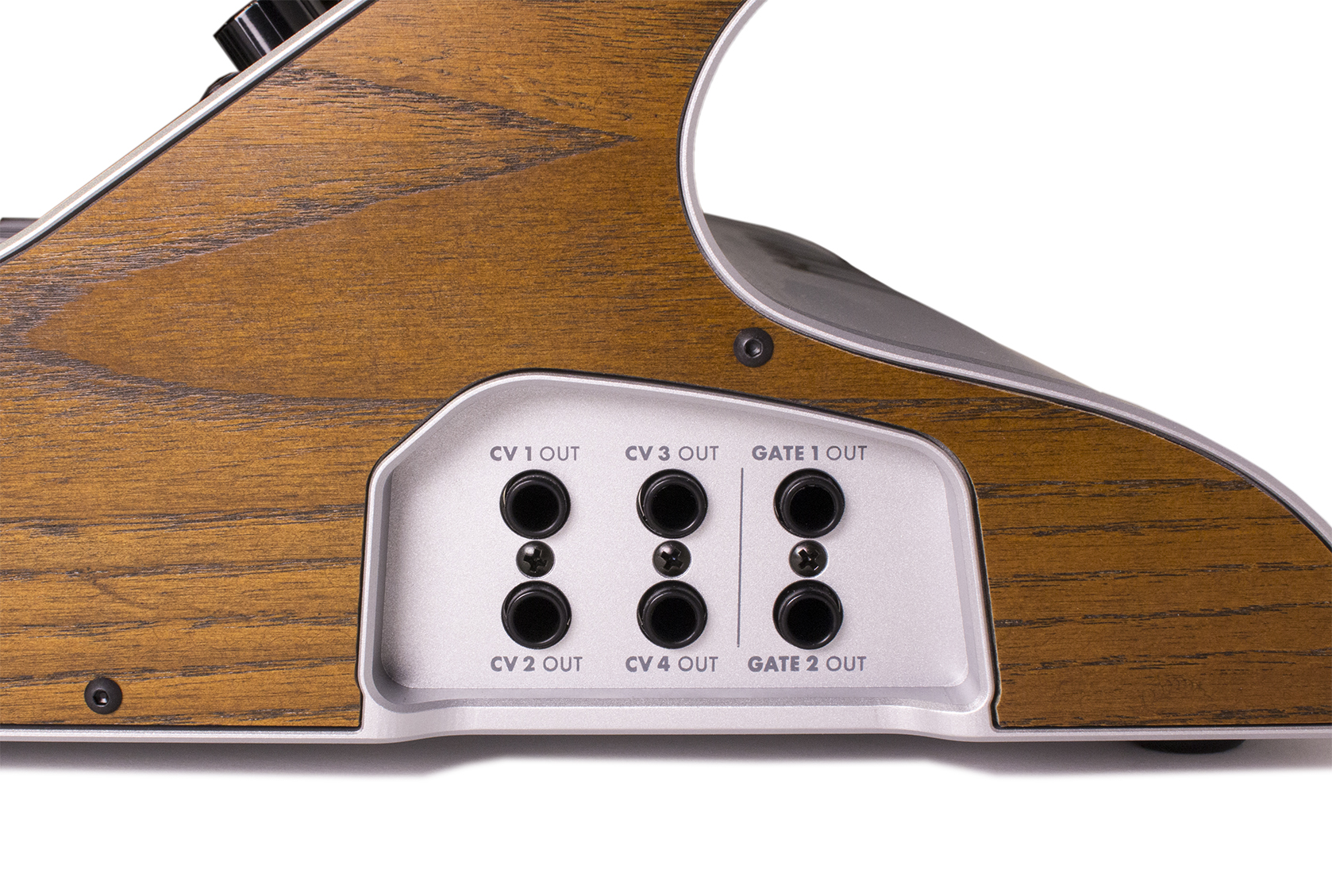 What is unique to the Subsequent 37 CV?

Here’s what Cyril Lance, Moog’s Chief Engineer on the project, spoke about the creation of the Subsequent 37 CV:

“We are really excited to incorporate community feedback into the evolution of an instrument. Adding CV interconnectivity was the starting point, but we have also increased the headroom in the mixer and significantly extended the range of Multidrive, giving the Subsequent 37 CV expanded sonic capability and modular control.”

We can’t help but notice that the black facade of the Sub 37 Tribute Edition has been replaced by a a rugged steel-and-aluminum enclosure, giving it a much lighter, strikingly modern look. And here’s some other news we heard from Moog: you can expect to see the Subsequent 37 CV in stock near the end of June. Moog has also set a price of $1,799 for this model.