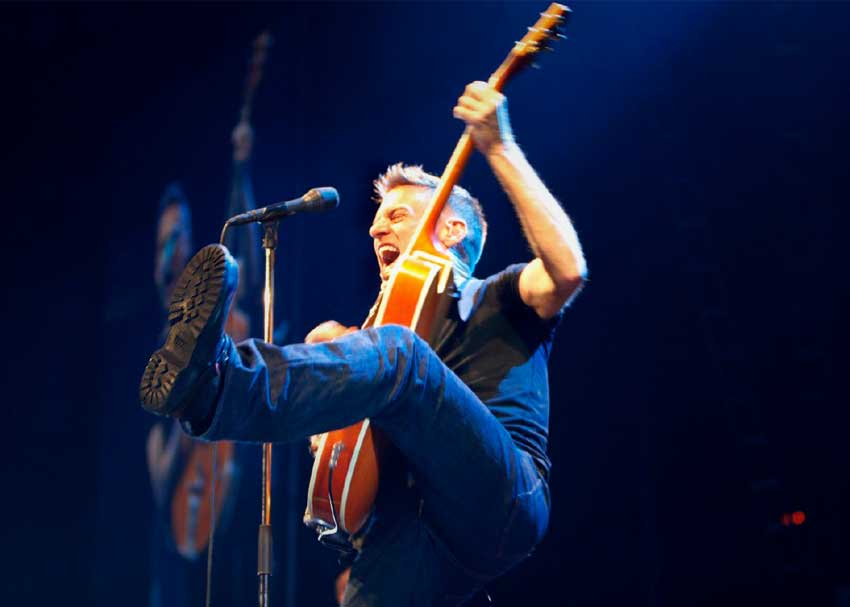 Following the misguided destruction of a priceless 145-year-old Martin guitar by Kurt Russell on the set of Quentin Tarantino’s film The Hateful Eight, came this news from Egypt:

According to the Daily Mail, After a show at the Giza Pyramids, Bryan Adams was set to depart Cairo, when he picked up his instruments from customs to discover they now had some unfamiliar markings. The most upsetting penmanship was found on his 1946 Martin D-18.

Airport customs graffiti on my 1946 Martin D-18 in Cairo, Egypt. Back to the luthier… #bryanadamsgetup

Apparently, all of Adams’ instruments were marked at the airport, even his harmonicas. The Customs director at the Cairo International Airport is denying that his department marked the instruments. Oddly enough, this isn’t the first time Adams’ gear was defaced at an airport. In July 2015, he posted a picture to Instagram of his guitar marked in black pen, allegedly by Air Canada personnel. 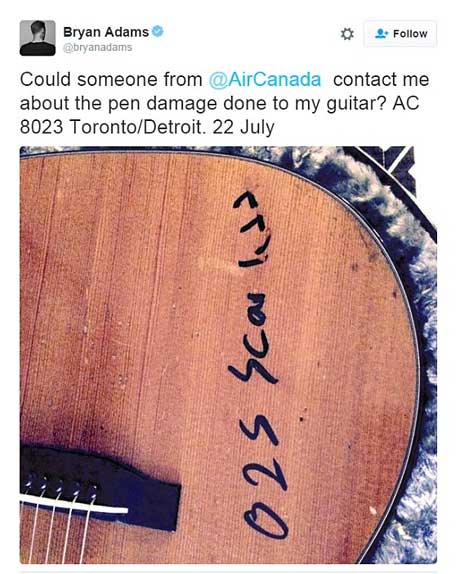 The good news: the markings on the D-18 are fixable. If only the same could be said about the Martin in Kurt Russell’s hands…