If I asked you to name the most iconic and influential rock guitarist of the past, say, 50 years, I’d bet a considerably large sum of money that you’d say none other than Jimi Hendrix. There are several reasons why he is considered to be so important, but the most striking thing was his brazen, unabashed, raunchy, and at times downright offensive tone. There was nary a more polarizing guitarist at the time as him — other guitarists were certainly pushing the envelope of gain and volume in a more aggressive direction but no one captured the heart and soul of it quite like Hendrix did.  His music was not only a reflection of himself but of the times as well. Within his sound, there was a visceral sense of liberation that spoke to the people and it triggered an awakened and exciting departure from the current music of that time.

When we were tasked with making an “iconic rigs” Hendrix tone video, we needed to make sure we had a few things at the ready. Here’s a list of the key gear we used to craft these “Castles Made of Sound:” 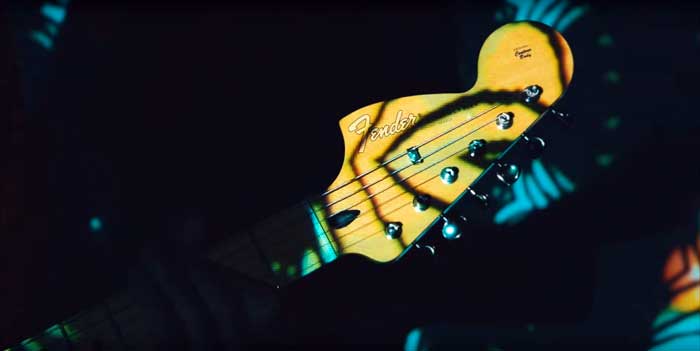 Not only is Jimi Hendrix most associated with the Fender Stratocaster, he’s one of maybe three guitarists who have placed that guitar in the national consciousness. So if we were gonna do a Hendrix video, we’d need a Strat. Luckily we had just the Strat we needed: Fender’s new Jimi Hendrix Stratocaster. With all the famous fixtures including a reverse headstock and American Vintage ’65 pickups with the treble pickup reversed, it had all the mojo we could have hoped for. Need an example of what its signature single-coil array can do? “Little Wing” is perhaps the definitive example of gorgeous single-coil sound, inspiring an entire generation of guitarists like Stevie Ray Vaughan and John Frusciante to pick up the axe. 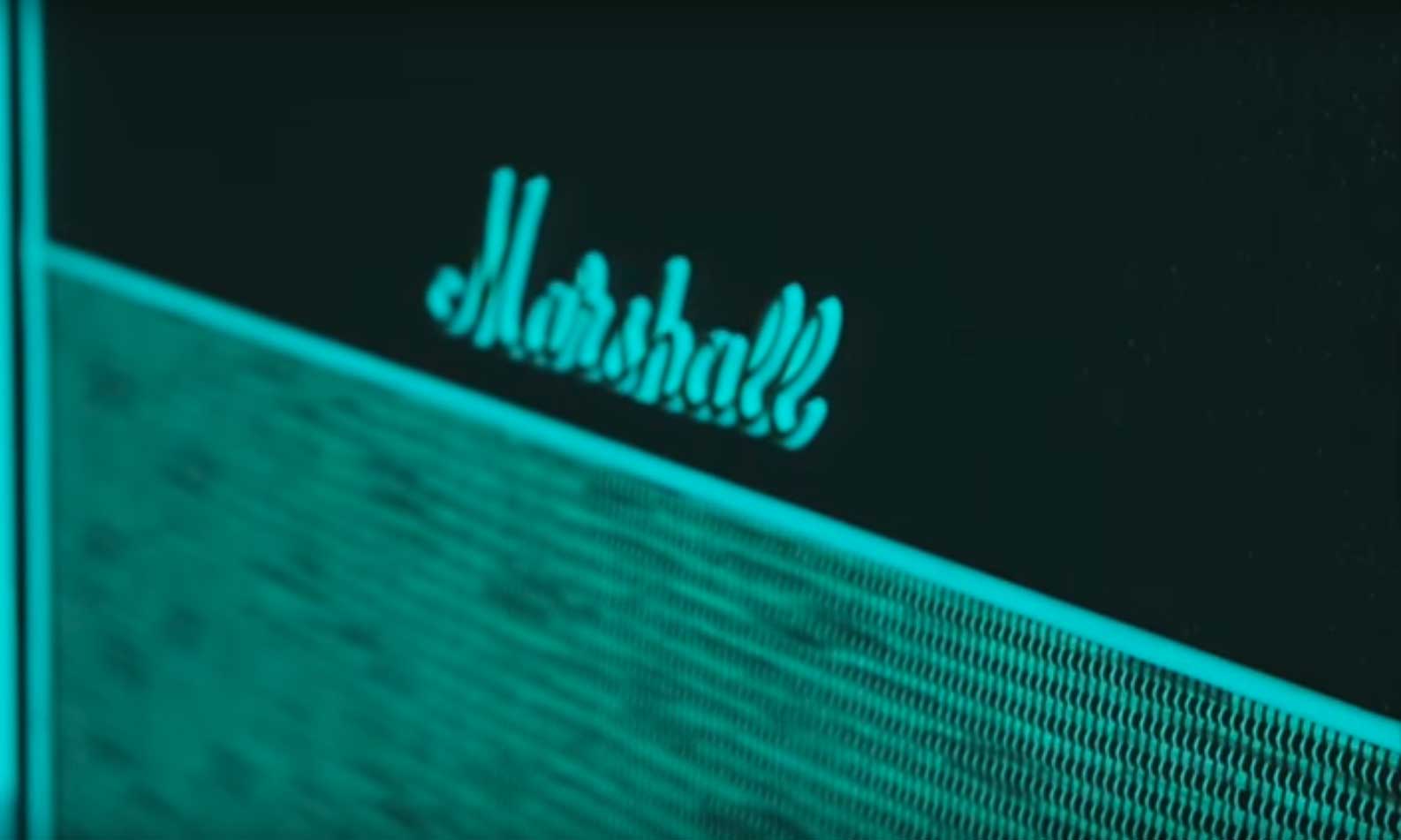 You can stack all the fuzzes and overdrives you want, (well sort of) but you better have an amp that can handle them, and provide top-notch clean tone at any volume. Decades before the “pedal platform amp” went in vogue, Hendrix used high-wattage Marshall Plexi stacks for their miles of headroom. Hear it for yourself in “The Wind Cries Mary.” For our video, we used a Marshall 1974X combo, to avoid making our office neighbors dislike us any more than they already do. 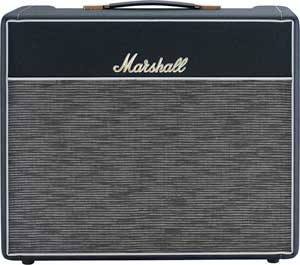 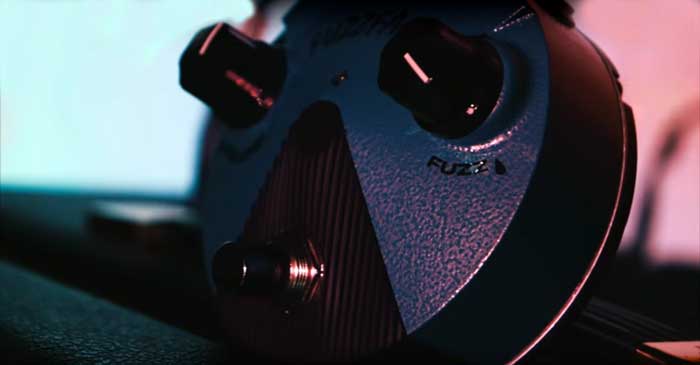 It isn’t Hendrix without a Fuzz Face. When listeners heard the fat, ripping leads on “Red House,” it became apparent: a new era of blues had begun. Rather than tracking down an original Dallas Arbiter Fuzz Face, we opted for Dunlop’s FFM3 Hendrix Fuzz — it’s a considerably smaller reissue of the original that’s customized for all the creamy goodness of Hendrix’s famous tone. 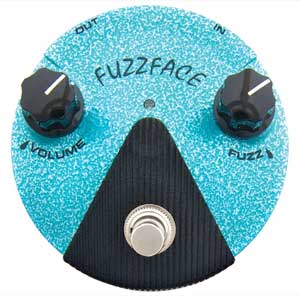 If you’ve heard “All Along the Watchtower.” you know why Hendrix is considered a virtuoso with the wah pedal. Dunlop’s GCB95F Crybaby Classic includes the same Fasel inductors that were housed in the original Crybaby, bringing you all the sweeping vocal-like sounds Hendrix shocked his audiences with back in the ’60s. 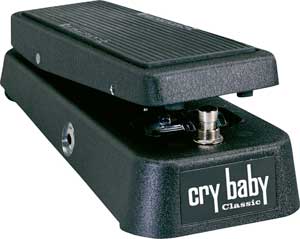 The anthemic solo that carries us out of “Bold As Love” (and the album Axis: Bold As Love) just wouldn’t sound as awesomely aquatic if not for the Uni-Vibe. It’s often imitated, but there’s nothing like MXR’s M68 Uni-Vibe. Pairing chorus and vibrato, it makes for an instant audio acid trip when added to fuzz. 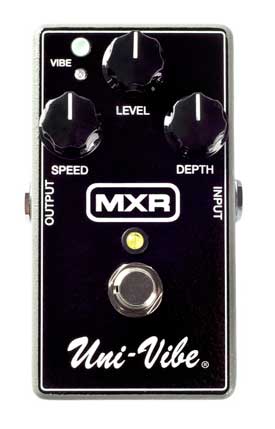 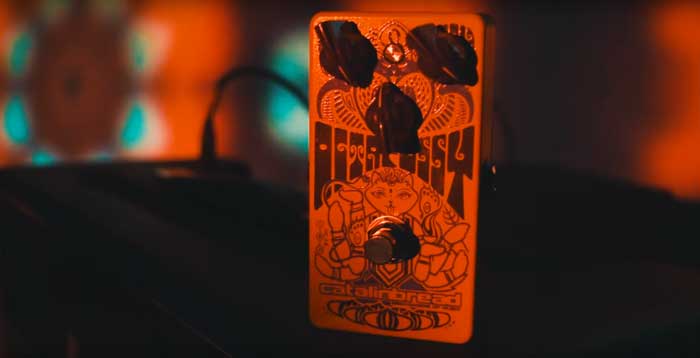 OK, the Catalinbread Octapussy came over 40 years after Hendrix’s passing, — in his time, he used a Roger Mayer Octavia —  but there’s no doubt it was influenced by him. Just check out the artwork! Plug it in and you’ll experience the sweet, sweet love made between fuzz and an upper octave. Blend for your desired ocatve and fuzz level: perhaps something like what Hendrix did for “Purple Haze” or the near-robotic sounds of “We Gotta Live Together.” 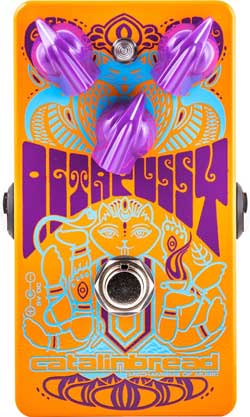 Korg Volca FM Now Out in the WildKeith Emerson of Emerson, Lake, and Palmer Dead at 71