Arturia MatrixBrute: The “most powerful analog synthesizer ever?” 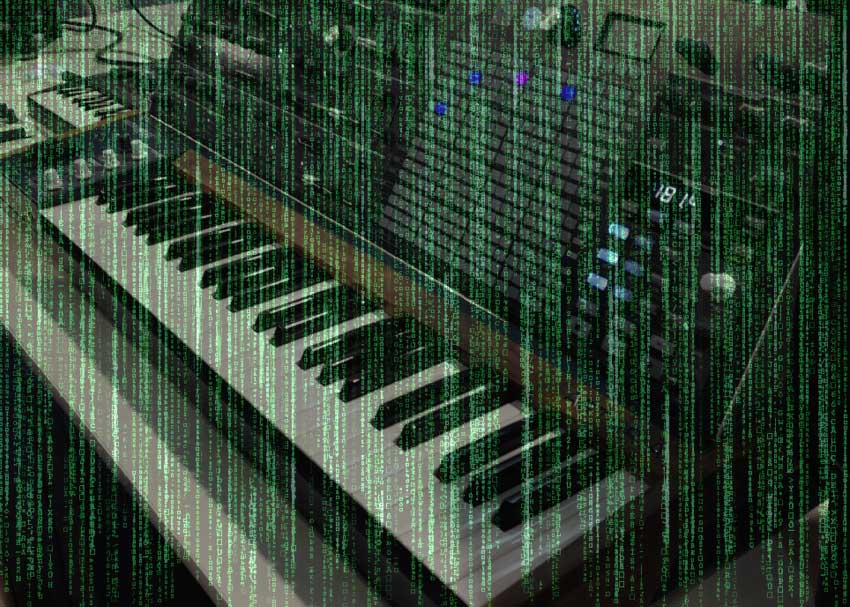 “When was the last time you met an instrument that truly inspired pleasure and creativity?”

Here at zZounds, we’re no strangers to marketing hype or brand-new, exciting analog synthesizers, but the above quote from Arturia’s website may be completely justified when it comes to their mind-boggling new creation released at the 2016 NAMM show — the Arturia MatrixBrute. One glance at the forest of knobs, faders, sliders, and buttons erupting from the control panel is enough to quicken a synth enthusiast’s pulse and strike fear into the heart of any bassist. What’s actually going on here?

Like most analog synths, the Arturia MatrixBrute generates sound with oscillators and then passes that signal through filters and modulation. The difference between Arturia’s MiniBrute and something like the MatrixBrute is just that the MatrixBrute gives you a cornucopia of different ways to filter, modulate, sequence, and affect those basic waveforms created by the oscillators as compared to a smaller synth

Following the signal path in order (or close to it), the three analog oscillators send basic waveforms through the noise generator, the “audio mod” section, pitch bend and mod wheel control, each of these elements more customizable than you’d see on a smaller simpler board, allowing for more complex modulation and filter settings. The duo voice mode is splittable ,so you can have a sequence playing and also play live on top of it — one small example of the flexibility of this instrument. All this goes to a mixer section so you can blend your individual oscillators, noise, as well as external audio sources and route each source to the filter of your choice with “filter assign” buttons.

Speaking of filtering, the Steiner-Parker filter that Arturia uses in its previous “Brute” synthesizers is present here, lending Arturia’s trademark hard-edged sound to the MatrixBrute. However, Arturia has also included a more traditional-sounding ladder filter (you know, the filter invented by Dr. Bob Moog) for more classic lead and bass sounds, and both of these filters include high- and low-pass modes as well as a “drive” function to overdrive the filter and accentuate the harmonics of the original signal. Customizable filter routing, three envelope generators and 256 memory locations continue the general theme of taking what you’d expect in a modern analog synth and kicking it up a few notches. At this point, our journey through the signal chain arrives at “The Matrix.” 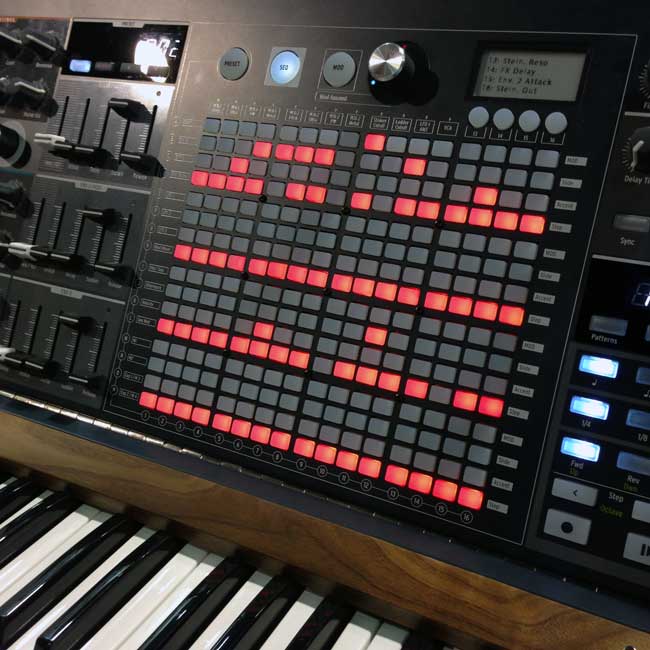 If you’re relatively synth-aware, we’ve been in somewhat familiar territory so far, but it’s time to take a deep breath, gird your loins, and prepare to swallow the red pill. It’s time to enter the previously uncharted territory of Arturia’s new universe of matrix-powered modulation madness. The matrix is designed to open up all conceivable modulation possibilities and put them at your fingertips, just like a patch bay, but with unprecedented ease of use and approachability. Let’s be honest: the multi-colored cable spaghetti of a patch bay looks like the instrument panel on a ’60s space ship and is pretty scary. Arturia is replacing this clunky relic of the past with a backlit, touch pad matrix. Not only is this far more approachable and usable for a musician in 2016 who wants to plug in and get started rather than reading manuals for two weeks, it also opens up possibilities previously untapped in a patch bay system.

The MatrixBrute allows you to assign any of 16 modulation sources to any of 16 modulation destinations, providing the almost limitless combinations of sounds and signals offered by a traditional patch bay, and more. But it can additionally be set to recall any of your 256 presets at the single push of a button. Oh, and if that’s not enough, it’s also a 64-step sequencer with separate “step,” “accent,” “slide,” and “modulation” steps.

At this point the signal reaches the analog effects stage (chorus, flanger, and delay) and is routed however you want through the MatrixBrute’s expansive I/O section, which includes 12 CV ins and outs. With any analog synthesizer this powerful and complex, only hours of time alone with the machine can really get you properly acquainted with the possibilities of what it can do, the basic character of its sound, etc., and we’ve barely scratched the surface here, but wow. Arturia’s claim that the MatrixBrute is “arguably the most powerful analog synthesizer ever created” is certainly bold, but it’s also hard to argue with.

JBL at NAMM 2016Three Guitar Pedals That are Great for Bass
Comments: 5