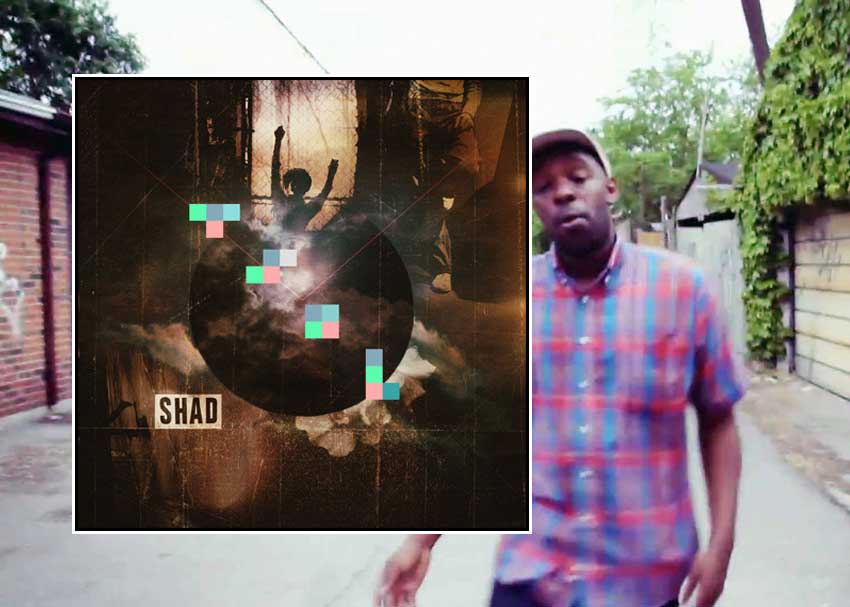 Thanksgiving is coming up quick, and along with it comes that odd phenomenon that happens when stay in your childhood home again and spend time with family and old-friends: a sort of relapse back to your old self, picking up old habits, talking the way you used to talk and feeling (at least partially) the way you used to feel. Rather than deny it or fight against it, I prefer to embrace and enjoy it.

Well, maybe not embrace everything.  It’s not that I’m ashamed of the music I listened to in high school. For example, my adult ears still enjoy the blasting horns and breakneck pace of fourth wave ska acts like Streetlight Manifesto, it’s just that I can’t endure an hour of it at full blast as in my car these days. The album I’m choosing this month is different, though. It was released toward the end of my college tenure, and though its lyrics and themes really spoke to me when I was fresh out of Illinois State, finding a job and settling into the “real world” as they say, I’m still discovering new meaning from it a few years later. Also, it’s still an absolute banger.

The album is TSOL, released in 2010 by Shad, a rapper out of London, Ontario. Not to be confused with the California punk band, TSOL is an intentional misspelling of “Lost,” and is a brilliant look into Shad’s perspectives on music, relationships, family, faith, race, and so much more. There are solemn, tender moments, definite “message” songs, and tracks that are simply full of awesome brags, yet Shad deftly stays in the middle ground between the pitfalls of preachiness and self-aggrandizement.

After an atmospheric sonic collage of an intro, TSOL introduces “Rose Garden’s” infectious groove, based around a sample of The Three Degree’s soulful 1970s rendition of the song and designed by DJ T Lo. Shad’s lines take on a similar content as that song — the ups and downs of life, along with a recommendation to keep expectations in check, whether that’s in a partner or in Shad as a performer. “Sometimes I just want to play some shows, make some dough, take it home, then relax in my bed and stay in my safety zone,” he raps. The reluctant star is a role Shad often plays, and the translucent look into his feelings rivals even that of that other, more famous Canadian rap sensation (Shad won a JUNO award in 2011 over Drake for TSOL, showing that at least our neighbors to the north get their musical accolades right).

But if “Rose Garden” asks you to curb your enthusiasm, “Keep Shining” will surely hype it up again. It’s a song that acknowledges the role women have played in Shad’s life, while keeping a lens on the unfair treatment and portrayal of women in media, especially in hip-hop. For me the track hits an emotional peak after the second verse, when Shad raps over producer Ric Notes’ percussive beat: “My mom taught me where to keep my heart/My aunts taught me how to sing two parts/My sis’ taught me how to parallel park/And tried to teach me math but she way too smart/My grandmother in her eighties is still sharp/My girl cousin’s in activism and art/They taught me there’s no curls too tight no mind too bright, no skin too dark to keep shining.” Damn. Shad gets knocked on occasion for being too earnest in his rhymes, and I think he at times crosses that line, but not in the above.

Relationships are a common element across the album. In “Good Name,” Shad gives a primer on the pronunciation and the biblical origins of his first name, based on the story of Shadrach, and how his last name (Kambago) reminds him of his Kenyan heritage and his efforts to carry on his father’s culture values. “Telephone” explores communication breakdown between a couple: “Can’t hear what she’s saying, but I get the tone” he says, cueing the dial tone of a dropped call and a scratched up take on the “Try Your Call Again” automated message we’ve all heard too often. The song transitions seamlessly into the album’s interlude “Call Waiting” featuring an ingenious sample of The Dells’ “I Wish It Was Me You Loved.”

Shad’s not afraid to play the “conscious rapper card,” whether turning his focus to the hip-hop genre he loves, or his own religion. Christian themes abound on the album, but Shad doesn’t shy from controversial themes of his own religion, especially in “At The Same Time.” He uses the sparse track to cut into the hypocrisies of some church leaders. “I never laughed and cried at the same time/Until I heard a church pray for the death of Obama/I wondered if they realized they shared that prayer with Osama.”

To end things on a happier note, I should mention there’s plenty of fine braggadocio on TSOL, too, perhaps no more so than on the “Yaa I Get It.” Among the lyrical gems are: “The cat’s out of the bag, the new Shad’s out/Now they call me S-H-A-D-D the way I spaz out” and “Guitar-playing emcee, yeah I’m known for spitting while I’m tapping on my Fender like a slow collision.” If you haven’t been introduced to Canadian hip-hop yet by fellow rappers like K-OS, take a listen to TSOL as your primer and dive in.