Midlake – The Trials of Van Occupanther 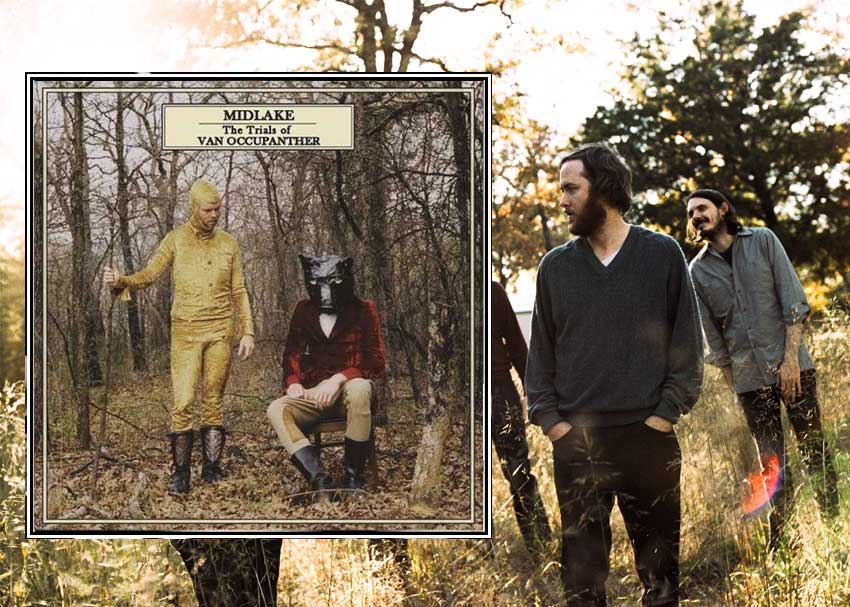 I couldn’t wait to write about Midlake’s The Trials of Van Occupanther this month because the absolute perfect time to listen to this album is right now.

The days have shrunk and gone dark, life is being drained from the trees as we know it and a chill is creeping in, a harbinger of a (hopefully merciful) winter. The seasonal changes set a nice backdrop for the tone of songs like “Roscoe,” which in my opinion is the centerpiece of the album. It’s a cryptic narrative about a forest town built by mountaineers with cedar and stone later finding a grim fate:

“The forest used to be all one really needs/Now it’s filled with hundreds and hundreds of chemicals.” The dreadful feeling on “Roscoe” is palpable, despite the track’s chorus being the catchiest ever written about being born in 1891.

A similar juxtaposition of lyrical content and melody comes up again in “Young Bride.” The words tell of a woman, bedridden by illness, with fingers “like a hedge in winter,” and shoulders “like a tired old woman,” but the melody is more akin to something you’d hear on brighter songs by The Shins or Sufjan Stevens. Another standout is the track “Van Occupanther,” which adopts the introspective folk stylings of Neil Young’s “Out on the Weekend” in what is presumably a narrative by the album’s namesake character.

Midlake draw a lot of comparisons to the likes of Fleetwood Mac and Jethro Tull, and I think that’s a fair comparison. The most apparent similarity to my ears, however, is to America. Although that group never truly rocked, but I can hear the influence of their moodier songs, like “Sandman” in Midlake’s work. To me, it’s a shame that Occupanther, released in 2006, was released a few years before the folk/Americana boom. The album blows most of the “Hey, ho” drivel released at that time out of the water, and given its ’70s-influenced edge, could really have set Midlake apart as a contender.

That’s not to say Midlake wasn’t recording during that time — the group released the album Antiphon in 2013, but that was without lead singer and songwriter Tim Smith, who left the band following 2010’s The Courage of Others. Neither of those albums could measure up to the inventiveness and atmosphere of Occupanther, however. Midlake’s debut record Bamnan and Silvercork is better — its psychedelic sound evokes early Elephant Six recordings while the musical complexity is a testament to the group’s University of North Texas roots. Still, the deep-forest mysticism of Occupanther set it apart for me as the perfect autumnal album.