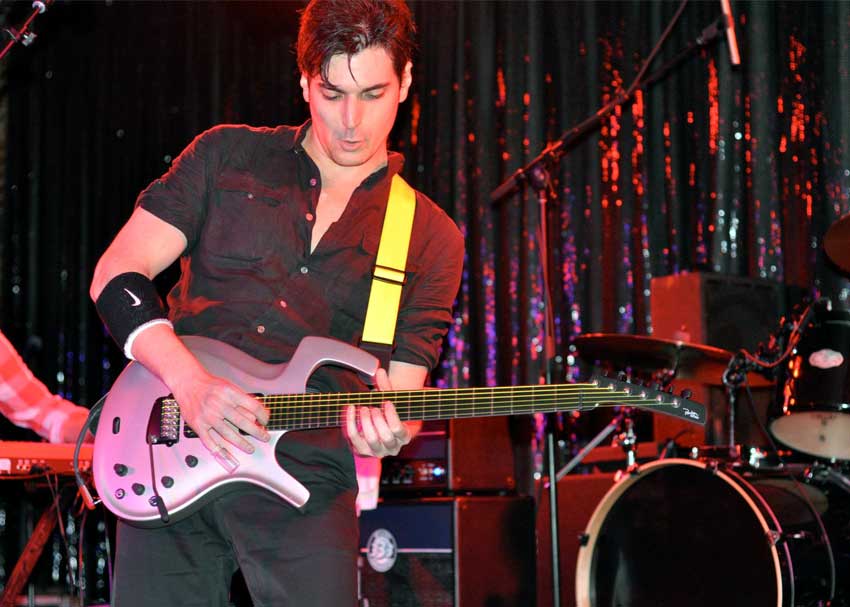 Carl Gershon is a New York-based singer-songwriter, and if you ask him, music reached a few peaks in the mid-’80s.

“I think it was a time when production technique  — when the analog studio, and analog production kind of hit its peak before digital took over; and it was also the time where, as a musician, you had to be on your game because there was no editing, no autotune; there was nothing like that to save you,” he said.

Gershon’s music is steeped in the sounds of his influences — there’s the flashy guitar work of Joe Satriani, a little of the Gap Band’s signature groove — even his voice has a touch of Darryl Hall to it.

“I want [my music] to be something you could throw on at a party but at the same time I want it to be loud, to have loud drums and guitar solos and still have those elements,” he said.

Gershon doesn’t scoff at modern production — in fact, he’s well-versed in Pro Tools and knows his way around a modern studio, having studied audio engineering after earning a degree in theater. It’s this blend of older influences coupled with current studio techniques and tools that give Gershon his sound.

Working with New York-based hip-hop producer Steve Sola at his studio, Plain Truth Entertainment, Gershon was thrilled to hear that Sola had a few vintage toys, like a Roland D-50 synth and Oberheim DMX drum machine stored away. Needless to say, they were dusted off with glee and used on several tracks.

The unabashed appreciation of the guitar solo is a cornerstone of Gershon’s music philosophy, as evidenced by the neoclassical flourishes that pepper “Somewhere to Go.” When it comes to axes, Gershon is a fan of the unique style and sound of the Parker Fly, and considers it his main guitar.

“It’s been the most trouble-free one, the most reliable. It’s a bit bland on it’s own, so it almost in a way forces you to use your hands to pull the tone out,” he said.

Gershon’s upcoming singles are sticking to the likes of “Snow” in style and content, like “Just Another Beat,” which takes things further into synth territory.

“[I’ve got] a slow jam waiting in the wings; we’ll wait for the right time to put that out — maybe Valentines’ Day,” he said.

Part of Gershon’s approach to releasing music is influenced by the industry. With so many listeners purchasing music on iTunes or streaming it through services like Spotify, Gershon believes dropping singles one-at-a-time is the way to go.

“In this day and age, a new artist dropping 10 songs at once on people can be a bit overwhelming,” he said.

As the lyricist for all of his music, songwriting is a very personal process for Gershon and it’s one he doesn’t like to rush. Rather than writing about a life event right after it happens, he prefers to come back to it after some time and interpret how he felt and how he’s changed.

“You’re telling a story and there’s a poetry to it and for me it works when you’ve had a bit of distance from something,” he said.

Well get a taste of what Gershon has been reflecting on as his latest songs get released. Stay tuned to his SoundCloud page for updates.