Matt Ulery – “There’s a Reason and a Thousand Ways” 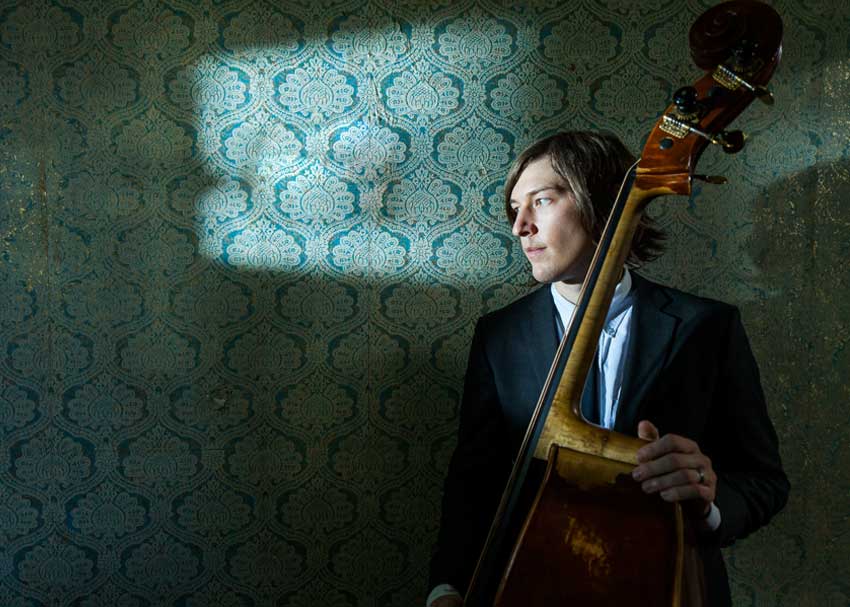 Matt Ulery has made a name for himself as one of Chicago’s top jazz bass players.  Not only is he a noted sideman, but a bandleader and composer. Ulery’s 2014 album Into the Ivory is a great showcase for his compositional prowess.  The second track on the album, “There’s a Reason and a Thousand Ways,” in particular really moved me.

I hear “There’s a Reason and a Thousand Ways”  as kind of a musical stream with several twists and turns. The song starts very simple with lush strings chord swells. Then a simple melody is sung over the chords. It then transitions into a breakdown of just vocals and bass. The music really takes a turn then when the percussion and piano come in. It changes from a legato lyrical melody, to more of a minimalist style. Simple polyrhythmic piano and percussion repeating figures make a great backdrop for the strings and winds to play on top of. It’s a whole new branch of the musical stream, and brings the song to the end.

There is so much that happens through the life of “There’s a Reason and a Thousand Ways”  that makes for a very beautiful listening experience. I have found myself listening to it compulsively. I highly recommend giving this tune a good listen.

In addition to my role as the resident "Bass Guy" at zZounds, I'm a professional upright and electric bass player who performs a variety of genres including jazz, funk, rock, and world music.

Behind the Mic: Interview with the Shure MOTIV Engineering and Design TeamProduct Testing at Shure