Failure – The Heart Is a Monster 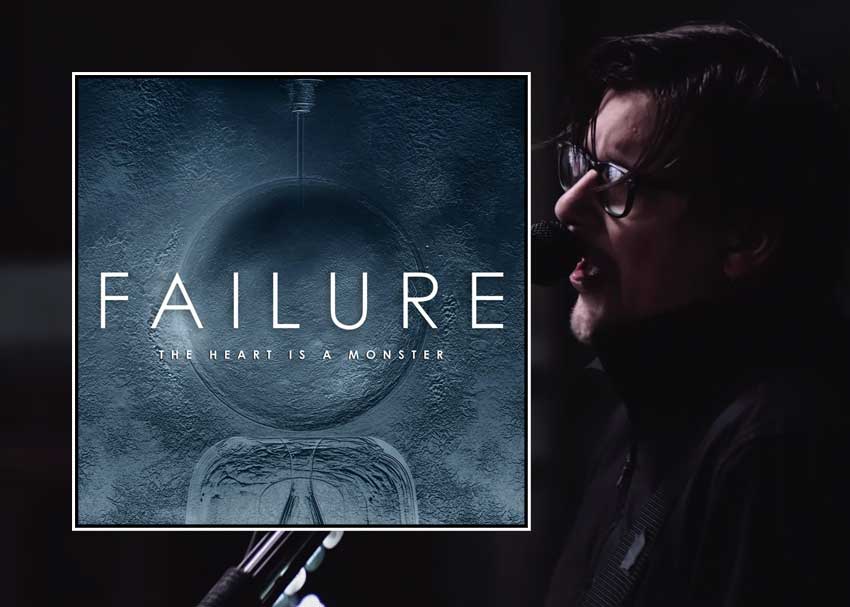 After nearly two decades between albums, Los Angeles’s Failure recently released their fourth full-length, The Heart Is a Monster. Much more than a spiritual successor to 1996’s Fantastic Planet, The Heart Is a Monster almost seems as if the band never went on hiatus to begin with and easily could’ve released this around 1998. The album presents itself as a continuation of Failure’s own brand of spacey, highly-textured alternative rock that’s as heavy on melancholic melodies as it is on mind-bending guitar lines.

Setting the mood for the rest of the album, opener “Segue 4” is a short instrumental that sounds straight off the soundtrack of a futuristic sci-fi space movie, complete with eerie background noises and an unnerving synth lead. The whole segue thing is a holdover from Fantastic Planet, with three segues of its own, which makes Heart‘s opening with “Segue 4” (as well as the other five segues found throughout the rest of the album) feel as if its actually part of a larger scheme — that maybe Fantastic Planet and Heart could possibly be considered as companion pieces rather than individual works. After the opening track, the real fun begins with Heart‘s lead single, “Hot Traveler.” Beginning with an authoritative single-note bass line, the rest of the band soon joins with a driving, almost confident-sounding groove. It’s almost like the band is non-verbally communicating to its listeners, “Hey, we know it’s been a while, but we’re back and we still know how to rock your faces off.”

Self-produced by the band and superbly mixed by lead singer/multi-instrumentalist Ken Andrews, Heart decidedly has a “wall of sound” type feel — there’s always a crazy background sound, weird instrumental part, or heavily-effected vocal line peeking through the meat of the mix that makes listening to the album a treat and keeps repeated listenings from being a bore. Just imagine if Phil Spector kept out of trouble, started listening to bands like Cave-In and My Bloody Valentine like it was his job, and decided to produce Failure’s new album. The performances on the album are tight and the production sounds exceedingly professional without all the slickness that is oftentimes associated with “bigger” rock releases.

Highlights include “Counterfeit Sky,” with its heavily Whammy’d intro guitar skirting over a brooding drum and bass groove, and “Fair Light Era,” an uptempo number that really captures the band’s loud-quiet-loud dynamic with its heavy-hitting chorus. With that being said, this whole album is really fun to listen to and I’d recommend that you allow yourself to be consumed by the whole album in one sitting, rather than just a few bits and pieces here and there. Andrews, with multi-instrumentalist Greg Edwards and drummer Kellii Scott (along with a few guest performances by former member Troy Van Leeuwen), really put some work into this album and it definitely shows. As a killer follow-up to the already classic Fantastic Planet, The Heart Is a Monster will definitely keep fans wanting more. Let’s just hope we don’t have to wait another 20 years.

The Darkness - Last of Our KindModded: Epiphone Sheraton II