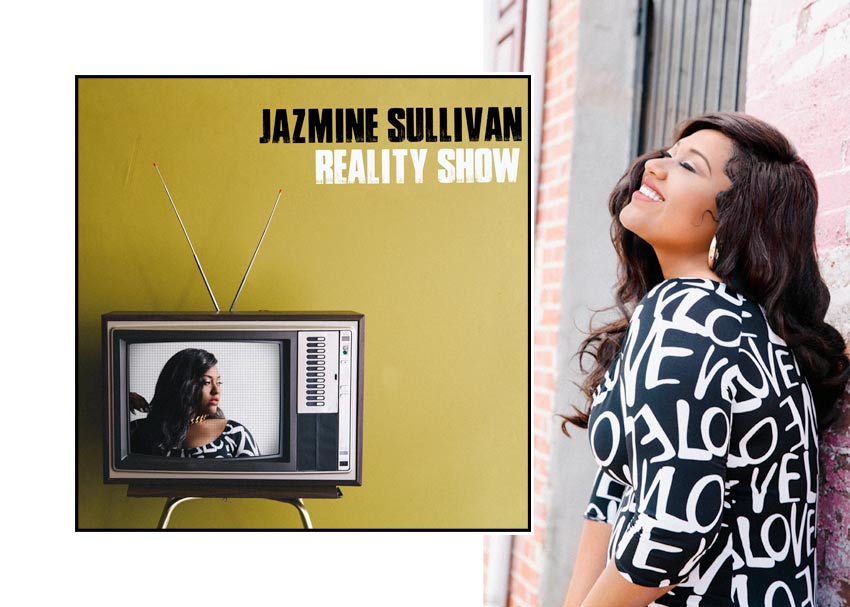 Here at zZounds we try to keep it 100. At least I do. Up top, or in the post, you’ll see an embedded link to audio for Philly-born Jazmine Sullivan’s album Reality Show released early this year. What you’re going to miss by hearing this clean version of her album is what makes it an unqualified success. It’s her use of vocabulary, some of which some of us might find too “real” to use, or too explicit to expose ourselves to, that sheds the most light into the capsule of time it was released to.

Whether by machinations of the record industry or some largely unfulfilling life choices, Jazmine had for all intents and purposes quit the music business in 2011. Her debut album found her dabbling into grafted-on styles that made very little sense with her taste level and voice. Her sophomore release provided a variation of this widely treaded road. Fleeting samplings of dancehall rhythms, feathery light rap-influenced soul ballads, and mid-tempo R’n’B club tracks made her sound like something she wasn’t: a second-rate, Lauryn Hill-wannabe.

Although Ms. Hill was an obvious influence back then, and sorta-hit singles like the Missy Elliot-produced “Holding You Down (Goin’ in Circles)” hinted at some genuinely experimental streak she might have, Ms. Sullivan had yet to prove who exactly she was and what she wanted to do as an artist. If, there was any soul searching prompted by being dropped by J/Arista Records, and shortly thereafter cutting ties with a certain abusive relationship of hers, it was that she needed to grow up as both an artist and as a person.

For nearly half a decade, she laid low, unsure whether her two previous releases Fearless (2008) and Love Me Back (2010) merited her continuing on in this light. It was during this lost time that Jazmine started to realize her full potential. We may not realize it, but for her watching reality shows and taking in all sorts of social media, all filled her with this pervasive imagery of a certain kind of urban woman that had started to infiltrate pop culture. If, it occupied her mind space, it did so in such a way that needed documentation.

Using her lyrics to pen deadly keen observations of all types of “unsavory” characters, she was able to hit directly at universal emotions and ideas that few would touch with a 10-foot pole. Renewing her sense of musical purpose, Jazmine took to creating a whole album where she could inhabit these other points of view, and in turn use this exercise to discover the kind of artist she really was.

That’s what you hear in Reality Show’s best track, “Mascara.” Blessed by Key Wane with one his best navel-gazing beats, the likes that he’d grace in some fashion to others such as Drake or Jhené Aikon, she turns this whole idea of wistful soul-searching that those artists and their like do, on its head by looking forward. It’s an affirmation to be body positive and support “real women“, without throwing shade or disrespecting the woman that isn’t. Its that who isn’t, whose whole viewpoint she’s writing about here in the end. It’s the explicitness of this exploration that finally gives voice to who exactly Jazmine is an artist.

Not everyone might look kindly to the “girl in the rap video,” but they are, at the end of the day, a human being like us trying to find a way to get on and interact in this world. It’s Jazmine’s judicious restraint, both musically and vocally, that captures their mindset perfectly. And in doing so, shows all sorts of personal growth. By using the language of those known unknowns she creates a track that’s equal parts celebratory, melancholy, charming, and revelatory in ways only the most essential of songs do.

“Don’t you know beautiful girls run the whole world/That’s why I got to stay on!” — Jazmine Sullivan

Although not all of the album might hit with the same force (I’m looking at you “Dumb” and “Stupid Girl”), so much of it does, like that impeccably varied stylistic run from “Mascara” to “Veins” all the way onward to tracks like “Stanley”. It makes one, or at least myself, realize that Jazmine could have something even far more special to present in the future. Trust me, with songs so positively brimming with her own ideas, let’s hope this time she sticks around for a while.

Check out a performance of “Mascara” for V Sessions: