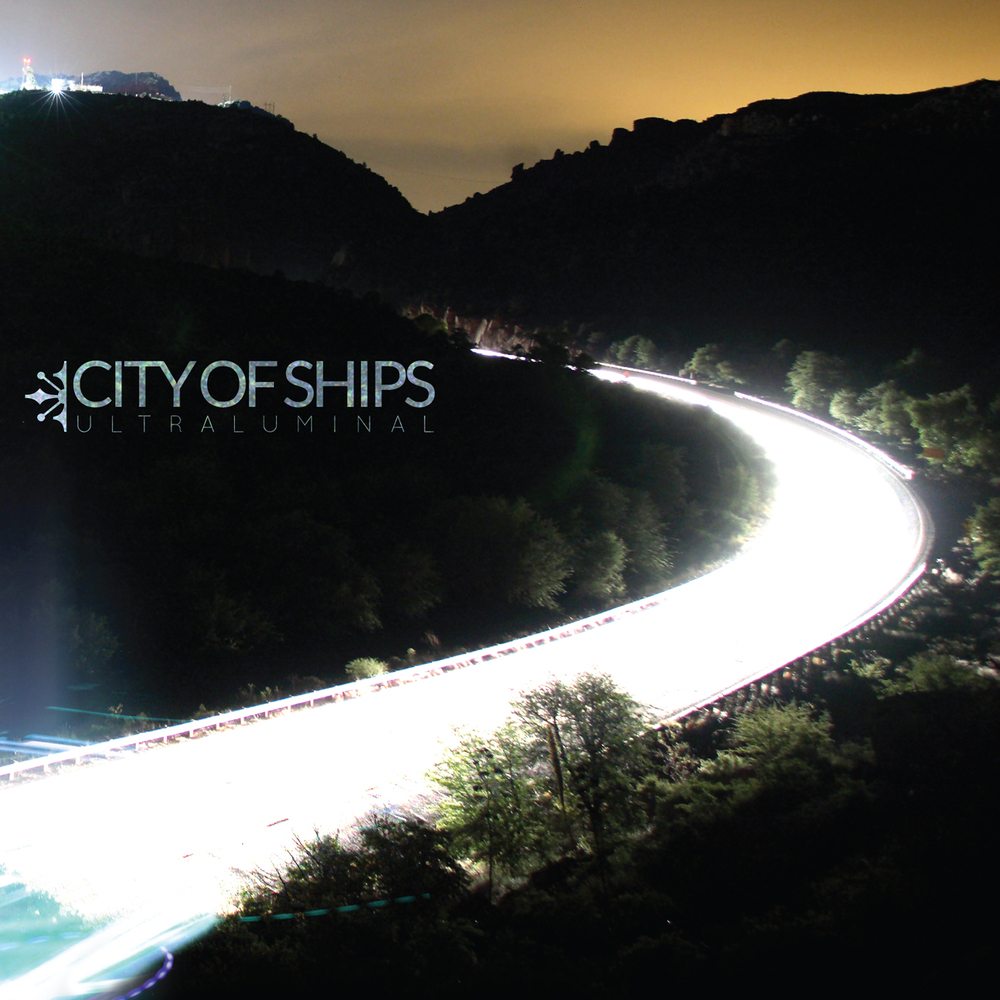 Ultraluminal is the new LP from Austin, TX / Brooklyn, NY based post-rock outfit City of Ships. I was lucky enough to jump on a portion of their 2012 summer tour and I thought they were on-point back then, but they’ve done nothing but grow in the past three years. In the album’s first single, “Alarm,” guitarist Eric Jernigan’s smooth, yet relentlessly aggressive vocals soar over his atmospheric and heavy guitar work, while his brother Andrew’s monolithic bass lines keep the whole thing grounded.

While pummeling drums, churning bass and sonic landscapes of swirling guitars are mainstays throughout this record, tracks like “Metadata Blues” and “Private Party” find the trio exploring the alt-rock territory of influential ’90s bands like Hum and Failure. When the track “Illawarra Escarpment” kicks in around the album’s halfway point, you’d almost think someone had snuck an old Deftones B-side into the mix with overdriven, down-tuned power chords backing dreamlike (and Chino-like) vocal patterns.

With its 10-song, 37-minute running time, Ultraluminal gives City Of Ships a long enough leash to move comfortably through several different genres without losing anyone’s interest. The underlying, all-encompassing, dark guitar, bass and drum tone makes for an even weight throughout the entire record, making the ebb and flow of styles extremely comfortable for the listener. Equal parts Russian Circles, Torche, Deftones and Hum, and best served up on a long night drive, “Ultraluminal” (as well as the rest of City Of Ships’ catalog) is well worth your time.