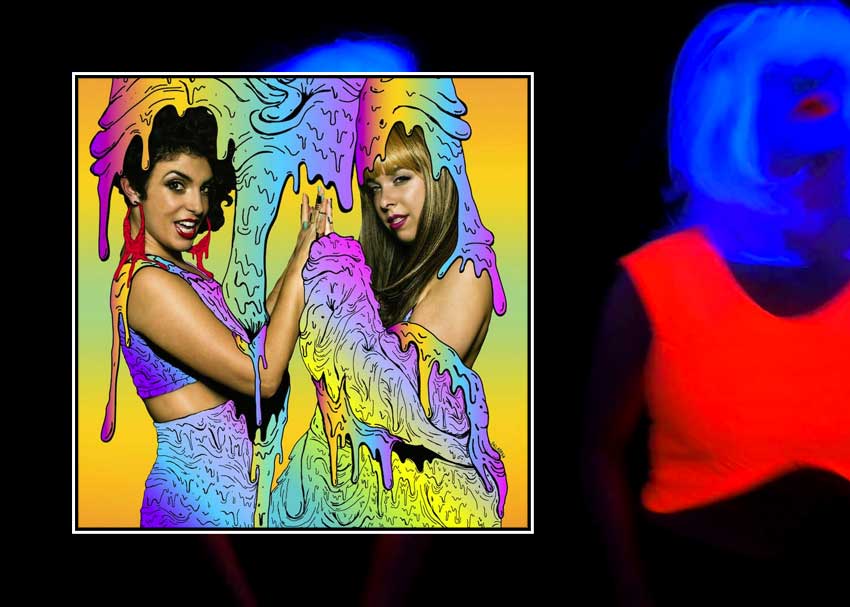 After listening to this track for the first time, I was making weird mouth noises for the rest of the day. I also began moving in a way that could only be described as “spazmatic bobble head doll”. “Getcha Good” is the kind of song that lodges itself in your brain because of its energetic beat and catchy lyrics — but don’t let that deter you from giving this grimy pop duo a listen.

The rest of Celine Neon’s self-titled album is made of equal parts glitter and guts. It may look and sound like a party, but it also covers some more serious topics like depression, toxic relationships, and breaking free of bad habits. The duo’s music and look is daring and the lyrics are soul-baring.