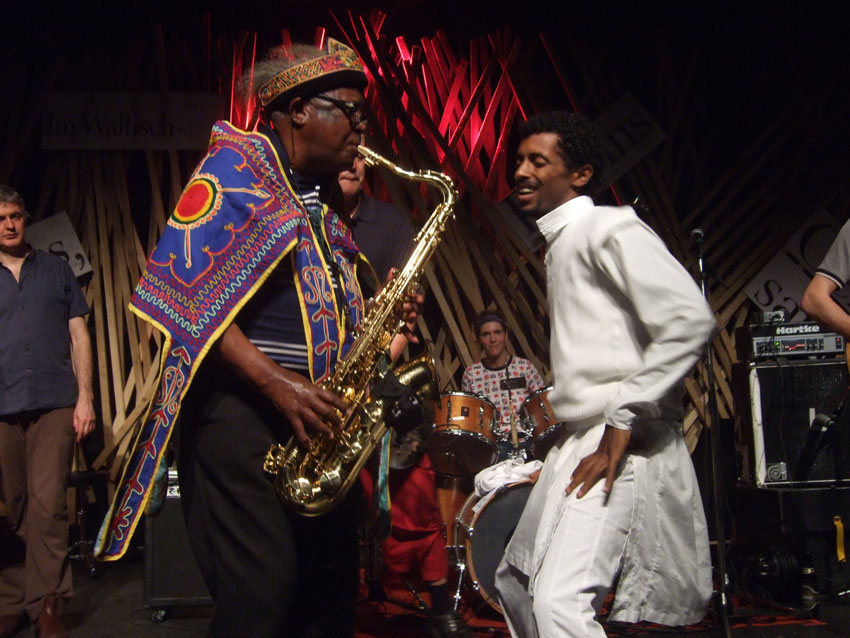 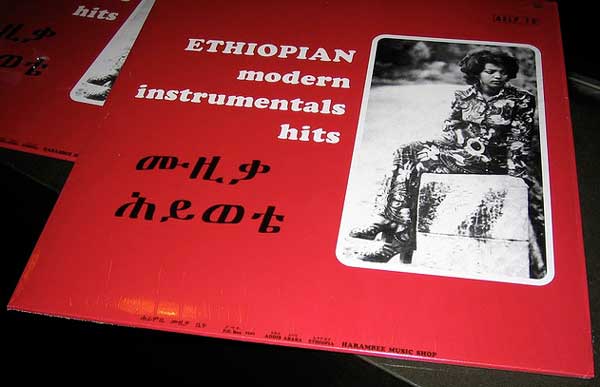 In the early 1970s,  due to the rise of this new jazz style, Ethiopia experienced  the booming birth of its own music industry. Its capital, Addis Ababa, became the epicenter of a flourishing jazz music scene. Monumental labels like Amha Records and Kaifa Records rose up to print countless vinyl releases that were sweeping the African continent and far-flung Ethiopian immigrant communities. So lucrative was the growing Ethio music market that world music giant Philips shifted its focus into this more modern, experimental style.

Thoroughly different from the first recordings made in the 1950s in studios run by Armenian Garbis Haygazian, these new recordings showed a shift to a funkier sound.

Decades later, the legacy of the Paris-based label Buda Musique’s essential Ethiopique album reissue series surely meant one thing: something catastrophic happened that nearly rendered all this great music into the dustbin of history. Its the only thing that can explain this abrupt change.

View a defiant performance by Tilahun Gessesse, Mahmoud Ahmed, and Tamrat Molla just before the end of Haile Selassie’s reign:

Just at the cusp of this movement exploding outside of Africa, the rise of Derg communist rule threatened to destroy Ethiopia’s music scene. After 1974 and The Red Terror, groups or musicians that had the liberty to create before under Emperor Selassie’s authority, now were either being censored, threatened, disbanded, or conscripted. Recorded music not promoting the ideals of the junta nearly ceased to exist altogether. Live music itself was almost out of the question to perform freely.

In the course of a decade, the common Ethiopian was being forced to dissolve the music they had created.

When democracy returned in 1991, French record collector Francis Falceto went about the monumental task of traveling to Ethiopia, to gather and record all the tapes, singles, and albums that many Ethiopians and Eritreans had only the courage to play in private years ago. When the world started to hear such music in 1998, very similar to a mixture of Ornette Coleman free jazz, R&B dance grooves, and that special Ethiopian folk improvisation based on centuries of history, something clicked.

What you hear opening Jim Jarmusch’s movie Broken Flowers (2004) was the culmination of a renewed influence certain releases from the Ethiopiques series conjured. The revelatory 4th volume:  Ethio Jazz & Musique Instrumentale, 1969–1974 featuring the music of Mulatu Astatke, was the one that turned everyone’s ears. Lead by his vibe and organ work, he’d use his ensemble to treat uniquely Ethiopian melodies in ways that made them relatable to anyone, regardless of background. It’s this gateway sound that would serve as a launching pad for a renewed interest in the genre and the long forgotten musicians themselves.

Ayalew Mesfin and his Black Lion Band bringing the house down:

While the Broken Flowers theme, “Yègellé Tezeta,” itself forms that perfect bridge to our recommended Ethiopian Jazz artists and releases, there’s a unique diversity in Ethiopian music that can be as enriching.

Getatchew Mekurya and the Ex rocking in front of an appreciative Ethiopian school audience:

Is it any wonder that some of the most enduring, and best and brightest institutions thriving today in Ethiopia remain their musical ones? and that the man who started it all, now has both a school, the Yared School of Music at Addis Ababa University, and an opera, Mulatu Astatke’s Yared Opera,  spreading that entrancing music he heard not too long ago?